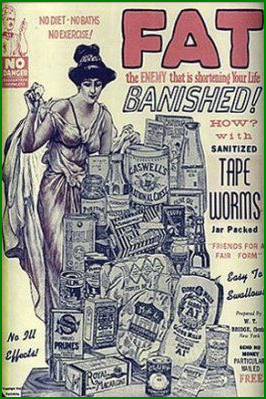 Enjoy yourself with this one folks…..

The study, which tracked 2,433 men and women for 18 years, found normal-weight young adults ages 20 to 32 years with a high frequency of religious participation were 50 percent more likely to be obese by middle age after adjusting for differences in age, race, sex, education, income, and baseline body mass index. High frequency of religious participation was defined as attending a religious function at least once a week.

The authors caution that their findings should only be taken to mean people with frequent religious involvement are more likely to become obese, and not that they have worse overall health status than those who are non-religious. In fact, previous studies have shown religious people tend to live longer than those who aren’t religious in part because they tend to smoke less.

Oh dear, where to start….counting your calories not your blessings maybe?

Do these academics actually get paid for producing this drivel?
The
research that is, not the blog!

Chubb or a bloater?

The Devil has the best tunas.

Excellent, fatigue prevents more word-mangling from here for this
evening! The anti-cryptic message was due to the confusion I caused
with a previous one…

Let he who is without sin cast the first scone!

The traveller returns, with groans for all –

For Lutherans (and people who didn’t fall asleep during compulsory R.E.)
–
The Diet Of Worms

You can’t beat a Good Shepherd’s Pie if you ask me.

I feel that I and certain of my…special friends…should have much to say
about this. Sadly it is a difficult time here at the Abbey, and inspiration is
low. I hope distinctly un normal service will be resumes soon.
G the M

Who berated all the pious….

Didn’t expect the Spinach Inquisition over this….

Your harsh words will make me blubber!

Being obese, I’d have to say that sometimes I only make it to Church on a
bingo-wing and a prayer …

Perhaps it’s all those angel cakes

Correlation does not imply causation. Many churches are full of
middle-class, middle aged people who are not into sport. People who are into
keeping fit and staying thin probably spend their Sunday mornings in the gym,
rather than at St. Cuthberts.

But this is the man who believes in putting the “fun” into Christian
fundamentalism.

Ok – so what happens now? Are we all going to be urged to adopt a
spirituality-free diet? How many calories are there in a full rendition of
“Onward Christian Soldiers”? More than, or less than, in the Lord’s Prayer?
Are church mice now struggling to heave their bloated frames from behind the
pews? Or are vicars supplementing their stipends by engaging in
under-the-pulpit trade in lardy cake and cream buns?

I think these researchers should find out….

… too many Fat Tuesdays?

May the lard go with you gladiolys – excellent!