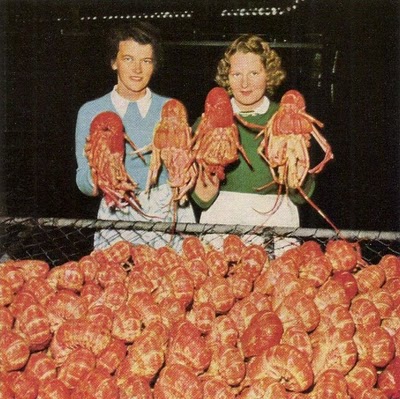 A couple of years ago, the EU, our Lords and Masters, were kind enough to announce that in future we were allowed to switch some of our own money from the biscuit tin marked ‘Structural Fund Programme’ into the snazzy new biscuit tin marked ‘Urban Development Fund’. We were even to be permitted to raid some of the Local Authority Pension funds, and any unwary private investors we happened to scoop up along the way, and put their pennies into the glossy new tin.

The new tin was known as ‘Jessica’ for short or the ‘Joint European Support for Sustainable Investment in City Areas’ if you prefer wordy titles.

Boris Johnson promptly pulled ‘Jessica’ out of his hat and announced to a gasping world, or at least a few bored journalists, that ‘We are setting up a half a billion-pound green fund to leverage new green technology in the city.’ Excuse the hyperbole, it’s his, not mine.

What he meant was that he had found a way to raid £100 million from the London Development Agency. A figure that later dropped yet again, to £70 million, now entrusted to a City Hedge Fund, the Foresight Group, to spend on recycling projects. Keen on cycling, is our Boris.

Apparently London produces 280,000 tons of plastic that currently ends up in landfill ‘and could be worth £140million a year! (Your head reeling yet? Mine is.)

Germany has already been through this process of recycling funds, and in common with London has a multitude of containers for your rubbish: a yellow one for packaging, a blue one for paper, two separate ones for different colours of glass, a brown one for plant waste and a black one for the little that is left over. Since they now had lots of recycled orange plastic, they are bringing in a new one for electronic waste….

Special machines with infra-red sensors discern six different types of plastic. But then something strange happens — more than half the yoghurt cups, plastic juice bottles and packaging foils are incinerated. That is quite legal. Under German law, only 36 percent of plastic rubbish has to be recycled.

What to do with the rest? Well, first they built municipal plants to burn the stuff; they didn’t have a lot of choice, since they were banned from putting it in landfill. They buy it from the recycling companies that only have to recycle 36 per cent, remember? Still wasn’t enough. So they transport it from other European countries and burn their yoghourt pots too. So much for the carbon footprint.

Some of the plastic rubbish does have a higher value; plant pot manufacturers make those strange non water retaining orange flower pots out of it (and orange recycling bins…) but the main company which does so is in tax efficient East Germany, since they wanted employment there – so the remaining yoghourt pots take one last journey all the way to East Germany, where they turn into flower pots for Dutch nurserymen – yes, they’re on the move again – who ship them over to the UK to be sold to wealthy Londoners to decorate their balconies.

Now Boris has discovered a way to stop Londoners putting their yoghourt pots and flowerpots into landfill, and will create 100 new jobs shipping them off to Germany to be burnt in the municipal plants – and it will all be managed by a City Hedge Firm, who say this is an ‘exciting global growth opportunity’.

Ah! Terracotta flowerpots that last for years, retain water for the plants, get handed down over the generations – but do they generate multi-million investment funds?

Remind me? Whose idea was it that food had to be shrink wrapped in plastic? Couldn’t have been an EU directive could it?

The plastic all goes to China at the plant I was in last month. But I have
been told a lot of the glass is tipped. We drink from green and brown bottles,
but the stuff we make in the UK is usually packaged in clear glass. So I
understand a lot of the brown and green we carefully separate out is still
junked.

I think that shrink wrapping Boris might be a good way of making him go
green.

Hands up, all readers who dutifully wash their empty yoghurt pots etc in
warm water, then rinse them in fresh water, so that they’re clean before
disposal for recycling.

Ever considered how much energy is wasted in doing that? (Probably) more
than will be retrieved from the plastic!

Well, I do rinse in cold water so that I’m not plagued by vermin coming
for the residue in tins & bottles, but energy conservation is still
questionable. More important though is the conservation of dwindling mineral
resources.

We only give our tins a quick rinse in cold water. More to stop the
smell from the tins while we wait for the bi-weekly pickup.

Not as bad as someone I know who give her tins a thorough wash
including taking off any labels.

Why, Plastic Plod of course, just before they haul you before the
magistrates.

Quick question – who actually checks to see if a piece of plastic has that
little ‘can be recycled’ logo on it anyway?

Nah, knock yourself out. Just don’t expect me to!

I wouldn’t dare to!

It doesn’t make the slightest difference. If that bit of plastic
isn’t on the bin-man’s approved list, it doesn’t get recycled. I know –
I tried.

“Whose idea was it that food had to be shrink wrapped in plastic? ”
Just
food? Take a look in B&Q, or any other hardware shop or chandlery, and
you’ll see lots of washers, nails, screws, hooks, lengths of wire and a myriad
other DIY items, all portion-controlled and hygienically wrapped in plastic,
so we don’t risk ingesting E.coli 0157 when we eat them. Toy stores do it too.
And worse, many of them have wrappings or packaging consisting of combined,
often inseparable substances, making recycling difficult or impossible; and of
course that’s not green, so we must be taxed for it.

And then there’s the totally unnecessary packaging that, say, headphones
or memory chips or other electronic equipment comes in. Getting the stuff
out requires arc-welding equipment and a friendly safe-breaker on
quickdial…

Never mind the recycling – what the hell are those things in
the picture? (For clarity, the masses of pink things, not the two oddities at
the back.)

Stick with me – the world is your lobster, my son……actually I suspect
they are sorting the prawns from the pawns.

Those prawns were caught near the outfall pipe from Sellafield, I’ll
have you know. Not only are they well-grown, but they can be caught
ready-cooked, as well. It’s a very profitable business, which the locals
keep quiet about because they don’t want every EU fishing boat rushing to
get a slice of the action….

I’ll bet the French have a similar arrangement near the Cap La Hargue
plant.

P.S. You don’t want to meet the lobsters….

Is one of the ‘oddities’ a young Maggie Thatcher, or are my eyes
deceiving me?

Why so negative? All those burning yoghurt pots will release plant food
into the atmosphere in the form of CO2. The plants in the recycled plant pots
will need that. All we need to do now is persuade Londoners to grow tomatoes
and new pototoes in their recycled plastic plant pots, and it’ll be even
greener!