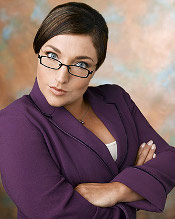 As a sign of how far the nanny state has encroached into the consciousness of the country itâs not just the general public who think that they should be told what to do by the state, itâs members of the Lords themselves who think they should be controlled by those who know better.

I heard this surprising point from a Lord on Friday on the Today programme between Lord Higgins and Lord Deben otherwise known as John Gummer.

On the Today programme, they were discussing the potential introduction of iPads and other touch screen computers into the Lords chamber. John Gummer was for the introduction as they werenât noisy like laptops with their clickity clackity keys. The iPads would allow Lords to do research and check facts and figures during a debate rather than have to walk 100yds to the Commons library do their fact checking and come back in. Lord Higgins countered by stating that Lords should have done their research beforehand implying that not having all the facts in your head is a sign of uesless Lord. John Gummer then countered with the comment that he does do the research and has the piles of paper to prove it, but you canât have every fact and figure to hand and single iPad is better than a pile of paper which  is thrown away  after the debate.

Then came the comment from Lord Higgins which nearly made me lose control of my car (I was driving to work). He stated that iPads shouldnât be introduced into the Lords because you donât know what people might do with them. They could even read newspapers or talk on the phone (whilst immediately acknowledging that phones arenât allowed at all) during debates and that would be discourtesous to others. So because a Lord could use their iPad for things not related to the debate at hand and because you couldnât control what they did you had to ban iPads.  I suspect that he was probably thinking about the Italian politician checking out prostitues on his iPad. Thatâs right because you canât trust Lords to only debate the matter at hand and to listen intently you should ban iPads. This from a Lord whose last recorded statement in the Lords is in 2005 other than a written question in 2007.

John Gummerâs final comment was that he thought that Lord Higginsâ argument was probably used with the introduction of the pencil.

In fact Lords already doodle and sleep and ignore the Lord who is speaking. Banning iPads because they might use it the same way they use a pencil and paper just shows that the proponents of authoratrianism are willing to make fools of themselves because they are so convinced that they know better than everyone else.

So the nanny state might even enter Lords. What has the world come to?

You can listen to the recording of programme item here.

Dave H, thanks for that, (donât you just hate it when BBC Radio 5
presenters end an interview with the meaningless âthanks for thatâ.)

It ranks alongside the horrific âItâs a big askâ used by so many idiots
these days.

Just googled supernanny and there she is, Jo Frost. Very similar to me
actually, well, I am now officially know as Mr Frosty Jack.

I disposed of my television in January 2010 and havenât replaced it and
NEVER will do, even if I win the lottery, hence Iâm not up to date on all
these really important programmes.

We found Supernanny useful to show our son, heâs seen a few of them and
when heâs testing limits we remind him of the progamme and ask him if he
wants a visit from Supernanny.

We have a TV, itâs used mostly as a screen for the Wii.

While not quite electronics in the chamber, this evening I was at a
gathering to celebrate three years of of Lords of the Blog. There you will
find the ones who do know something about the internet and blogs and Twitter
etc. Theyâre not all Luddites.

iPads would be very useful for the Lords (& Ladies).

They could pre-complete their expenses claims for immediate submittal as
they leave the Chamber.

I do like the lady in the picture, sheâd be ideal for me.

I have already re-named her âNanny strictâ and have purchased a special
âNanny paddleâ for her to use on me.

Have you never seen the TV programme âSupernannyâ? Stuff the word into
Google Images and youâll get a lot more pictures of her.

Thank you for the imbedded graphic. I think Iâm changing my mind about the
nanny state.

I am beginning to think that the To-day programme is a symbol and
belweather for the unthinking P.C. insanity that currently infects our fair
land. As for the wretched James Naughtie â he would have to be Scots wouldnât
he? I hereby disown him on behalf of my fellow countrymen â and women!!!