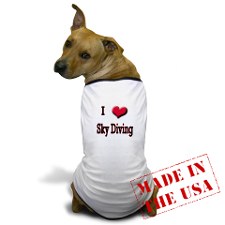 Nice of Mr Broatch to give access to his land, but then it is a cliff top beauty spot, so he appreciates that people like to walk along there and see the sea 100’ below.

So, there is Paul, walking his usual route, over someone else’s farmland, with an excitable five month old puppy, when – can you see where this is going? Yep, clean over the edge.

Paul managed to rescue the dog, fortunately none the worse for his airborne excursion, apart from a broken bone in her paw, and now tells his story to the local news:

“I’ve never seen a sign up there that says ‘Danger, Cliff Edge’.

He is now calling for warning signs to be placed on the cliff where his dog miraculously survived a 70ft fall – to be paid for by the private land owner naturally, who will have little choice other than to pay for those signs, for having now been warned that some people shouldn’t be allowed out without a lead, will have no defence against a negligence tort if another dog goes over the edge and incurs vet’s bills.

I’m reminded of my holiday to Australia. It’s getting a bit like us with
fines for hooning and banning cigarette displays and loads of other
“progressive” stuff, but it’s big country and such things take time to reach
the outlying bits and pieces.

On my holiday near some fantastic cliffs near Albany in WA I saw a sign
that said “Feel free to wander where you want, but don’t come running to us
when you fall off the edge” or something along those lines. And guess what I
saw a person clambering around the rocks near the edge and no one batted an
eyelid.

Am I supposed to be worried about dogs falling off cliffs? Yes, yes, tell
me that I am, supposed to be worried about dogs falling off cliffs.
My own
personal dog is never likely to fall off a cliff since there aren’t any cliffs
around here, and I wouldn’t walk him near one if there was.
But I can see
that this is a possibility, and dogs can be very stupid.
Fence off all
cliffs from Land’s End to John o Groats, on both sides of our lovely Sceptered
Isle. That’ll give the peasants something to think about.
Bugger the bloody
dog.
Down Boy. Ha Ha. He never takes a blind bit of me.

Some people are marginally too intelligent for a Darwin Award.
Unfortunately.

All signs are to be banned forthwith due to the danger they present in high
winds.

You’d think that just 2 ‘Enter at own risk’ signs would cover the owner
legally, at either end of the land. I vaguely remainder that there was some
change in the law a while ago to stop landowners from wriggling out of claims
with things like ‘Park at own risk’ signs,
so maybe that’s not possible
these days.
If the EU had it’s way the signs would probably include every
possible permutation of accident and leave no space for walking anyway.

Hoskins had a bit of a panning in the Dorset Echo comments section to this
story, one of which was…

“So a stupid person takes a dog for a walk without a lead and close to a
cliff, then to compound his stupidity he calls a local rag so they can tell
everyone how stupid he is. Now that really is stupid.”

He, he. Agreed. What a dozy twonk.

Richard (no relation) 16:45 is correct. If the danger would be obvious to a
reasonable person and is a natural feature, then there is no need for signs or
barriers. I did a bit of work on this when my workplace opened to the public
and we wondered what to do about the lake in the middle. The local EHOs wanted
a fence and masses of warning signs, but I successfully argued against, using
the same case law.

As others have said, if Hoskins was using the path with the landowner’s
permission, then all that will happen, here and elsewhere, is that landlords
will withdraw permissive access, and we will all be the poorer for it.

Don’t laugh. San Francisco already has almost every cliff area roped off
with signs warning “Dangerous Cliff”, “Keep Back” and “People Have Fallen”. At
least they used short poles with rope to block them off and not solid eight
foot high barriers that block the view. Solid barriers or else wide hanging
nets may be next though, on the Golden Gate Bridge, in case anyone would try
jumping off on purpose. As they’ve successively dumbed down each generation
coming through their expensive propaganda-schooling system, then the signs
have become necessary as common sense has been weened out of existence.

In reality the landowner will probably just close the track off, thereby
saving himself from possible litigation, and depriving the more intelligent of
the species from enjoying the views.

All thanks to a total pratt!!

I think one sign at each end of the path with “Idiots keep out” ought to be
enough.

‘Ang on, what if then a bloke called Cliff Edge sues for defamation and the
Court orders the sign to be taken down? This could get linquistickly
complicated, never mind the 46 languages it will need to be translated in.
What could happen then is that you would not see the drop because of all the
signs. And shouldn’t they be lit as well?

“Diva takes a dive!”
If the Righteous have their way, soon we’ll all
need H&S certificates to buy ladders!
Don’t forget – stairs are
dangerous and should have a bloody big sign at the top, warning about the
descent.
And trees – boys used to climb them you know, WITHOUT
TRAINING.

No need for a sign if the danger is obvious (Darby v National Trust).

How would a sign have helped prevent this? Most dogs can’t read.

Yeah but they have to be tort about clifftop safety.

The Guide Dogs can – you see the signs “Guide Dogs Only” on the doors all
the time, and as the people who are using them can’t read the signs, it must
be for the dogs’ benefit.

A shocking “tail”
However, before I go to such perilous places always
remind myself that you never know what is around the corner sing this little
song..
http://www.youtube.com/watch?v=wIPoX8RK_CY
Tra la la!

with all the name changing that’s going on in recent days I suggest, for P.
Hoskins read F. Idiot.

And it’s a shame they don’t make a doggy T-shirt, like the one in the photo
accompanying the post, that says ‘I’m with stupid!’…

I’m glad the pup’s ok, but if Paul were to take a header off that cliff,
could I be forgiven for thinking the overall IQ in the county would take a
sharp uptick?