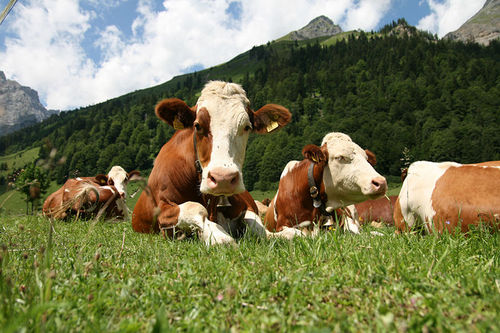 The 24 hour rolling news programmes have taken journalism out of the realm of reporting what has happened, into never ending speculation as to what ‘could’ happen.

There is not enough actually ‘happening’ in the world, with accompanying dramatic pictures, to fill 24 hours a day. What ‘could’ happen is elastic, can stretch to encompass any number of talking heads with their various theories – but is that ‘news’?

It was noticeable during the early days of the Jasmine revolution. Thousands of disorganised protesters thronged the streets, not knowing themselves what would happen next. There are only so many times you can report that fact.

Harmless enough, though it became a game in our household to count how many times ‘could’ featured in any one news broadcast. A particular favourite was the speculation over the future of the Formula 1 Grand Prix in Bahrain. An ‘expert’, presumably paid, was bussed into the studio in the early hours – ‘Thank-you for coming in so early’ – specifically to agree with the link anchors summing up of the situation – ‘You’re right Julia, the Grand Prix ‘could’ go ahead, or indeed, it ‘could’ be cancelled’. ‘Thank-you for explaining that to us’. Ker-ching. Taxi for Mr Expert.

A few days ago we were fretting over the future of Libya. Our Oil ‘could’ be cut off, hundreds of British citizens ‘could’ still be stranded in the desert, the situation ‘could’ put 50p on the price of petrol – was there no end to the nightmare situations we ‘could’ find ourselves in?

There was it seems. Overnight, not only are there no more ‘coulds’ – there is no more news of Libya. Wiped from the face of our nightmares. Those waiting for news of British citizens in the desert must phone the foreign office; petrol price increase terrors no longer catered for. Certainly not a mention for the Arab Leagues decision to back the US call for a no-fly zone. Sky has discovered a new ‘could’.

We are off to Japan and rolling coverage to feed our fears that the end of the world is nigh. Here we learn that there ‘could be 250,000 dead’, a nuclear reactor ‘could explode’ killing the rest of the population, there ‘could be aftershocks’, it ‘could be impossible’ to reach survivors…..

‘Sky-Spec’ TV knows how to keep the world on the edge of its seat waiting for Armageddon; it is a profitable business, reporting speculation. The advertising department at MediaCorps is on full alert:

A massive 8.8-magnitude earthquake shook Japan in the early afternoon today, unleashing a powerful tsunami that wrecked havoc along the streets of coastal towns. Book your spots in the Weekday Evening News Bundle as the channel brings viewers comprehensive coverage reports on the disaster with extended versions of news bulletins tonight.

Flog popcorn to the waiting viewers, perhaps a sofa or two to the armchair warriors, a burger to those unwilling to miss a second of what ‘could’ happen.

Or tune to France 24 and Aljazeera to find out what actually has happened.

In my family some rubbish is usually dismissed with the cry of “here’s some
more idle speculation and some pictures of some tanks” – a lovely line from a
two decade old episode of Drop the Dead Donkey which sadly is as true now as
it was then in the build-up to the first Gulf War.

On an old Steve Coogan video (from the days when he was funny) there is a
Paul Calf routine about this topic. I can’t remember word for word but it goes
something like this:

You hear on the morning news a bomb has gone off and fifty people are dead
amd you think, that’s terrible. All those poor people were just going about
their business and their lives were snuffed out. And how mudt their faimilies
and friends feel, their lives will never be the same.
By the lunchtime news
when you’ve heard a few time you think; Sad about those people dying but life
goes on.
By the time you hear it on the late night news you say; So a bomb
went off and killed a few, who gives a fuck.

That still sums up the effect of saturation coverage.

Sometimes we should be grateful for the ‘could,’ the confession of
uncertainty. The ‘coulds’ and the ‘mights’ offer a degree of honesty, an
acknowledgement that the speaker doesn’t know it all and may in fact be wrong.
These words disappeared, strangely, from what used to be a debate but is now
claimed to be a certainty with no debate permitted; a matter of enormous
complexity and uncertainty and these days, outright dishonesty and fraud – I’m
guessing you know what I’m talking about, but I could be wrong.

Excellent! For the first six or so months of the Coalition, we used to play
“BBC Coalition Split Bingo”, in which according to the number of minutes into
Today or PM, the presenter said “this could split the Coalition”, or “Could
this split the Coalition?”, and such like. Extra prizes if you completed a
line or your card with such an example delivered with classic BBC anti-right
brio.

I checked that link out ;  it really does say ‘wrecked
havoc’.  How exactly does one wreck havoc ?  And
why :  is ordinary havoc not enough of a wreck ?

A fortunate piece of photography gives us a lovely the grin on the face of
the cow on the right, don’t you think ?

Sheesh! Maybe I’m slow but until I followed the link I thought your ‘book
your spots’ bit was some ironic invention to illustrate a point about modern
news dissemination and ad-land.

Instead, ‘A good day to bury bad news’ in reverse.

I made a similar comment yesterday. We happened to have BBC News24 on and I
watched a piece giving a fairly factual (i.e. minimal speculation) update on
the Japanese reactors. Then it was over to the studio guest for some fill-in
fluff, at which point I announced that they’d run out of useful things to say
and turned it off.

Mind you, some of the experts are worth it for the comedy value because
they’re clearly struggling to find anything useful to say.