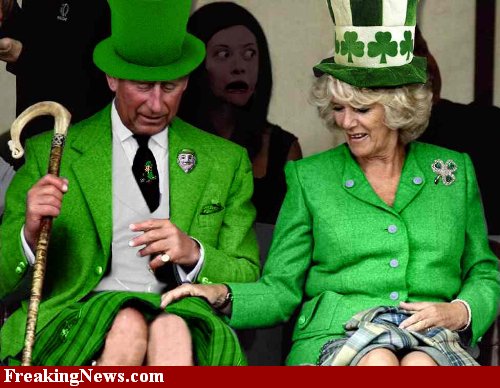 Willy Stobbs, respected local farmer and county stalwart was alleged to have used the ‘f’ word twice. It cost him £85 and a conditional discharge.

Since you can now burn multiple poppies on Remembrance Day for a trifling £50 whilst yelling ‘British Soldiers Burn in Hell’ you may wonder at the circumstances in which Mr Stobbs use of a word now employed on our evening TV came to be such an expensive mistake.

Perhaps he was in the presence of royalty? In charge of a Sunday school crèche? Standing on the tomb of the Unknown Soldier? You wouldn’t even be close.

He was in a Beer tent, one of those rowdy places beloved of country agricultural shows.

Perhaps then it was not so much where he was, as the circumstances which caused him to swear? Maybe the local dignitary had just brushed against him causing him to spill his beer? An over-reaction on his part? The Chaplain was reading the Lord’s prayer at the time? You’re not doing very well at guessing!

Having organised, in his own free time, and out of the goodness of his heart, the agricultural show, Willy Stobbs was somewhat annoyed when the Irish band he had booked who were due to arrive at 4.30pm to set up their gear, in fact showed up two hours after they were due on stage, and then discovered that their amplifier wasn’t working.

As it happens, some of the crowd agreed with him. They threw chairs and beer cans at the stage.  Stobbs didn’t. He had vented his anger.

However, it was Mr Stobbs, not the beer can throwers, who ended up in court. As a result he has resigned from both the show committee and Stanhope Sports and Social Club’s committee, where his enthusiasm had helped save it from extinction.

“I shouldn’t have sworn, but everyone I’ve spoken to is appalled it’s come this far,” he said.

“I felt badly let down at the time, as it was a disastrous situation.”

In a statement, Irish band member Robert Millah said: “It was a very surreal experience. We have never experienced such aggression before.”

They may be an Irish band, but they’ve obviously never tried turning up two hours late to a Beer tent in Ireland if no one has ever sworn at them before…..

Anna, much as I share your concern over the growing evil of ‘political
correctness’ in our society, I think in this case the judge was probably in
the right to find him guilty. Swearing was not the issue at stake; what was at
stake was that the man showed a crass ignorance of how to address an already
agitated crowd, and by way of inflammatory behaviour incited a riot. As such
his utter and complete lack of professionalism put the safety of spectators
-and the band members- at risk.

Luckily, no-one was hurt. But, there could easily have been casualties.
Imagine if he’d done something similar at a football ground, and caused a
stampede for the gates?

I was grabbed at, shoved, accosted, then had the armed police sent in to
hover over me to make me pay for 70 copies of a piece of paper I only wanted 1
copy, when the machine malfunctioned and I had the audacity to exclaim “son of
a bitch” while desperately pushing every cancellation button on the front
panel trying to get it to stop. Just beforehand, the shop worker was prattling
on loudly and garrishly about a big left-wing political coup for mayorship in
another city, shouting glories and hosannahs to the demented thug and his
party who again stole the election. I think because they were all hepped up on
thuggishness is why the young aged employee came over and tried grabbing my
personal effects off me and then shouted he would call the police, I assumed
for my crime of saying “son of a bitch” to the machine and not letting him
steal my papers from me. When the armed cop came and I was at the counter,
submitting to their crime of theivery by handing them the money to pay for 70
unwanted copies and telling them the former shopkeepers took better care of
their machinery, all in the most gentile and nicest manner on my part, the
fully armed cop just stood and glared, upholding the tyranny of the
suppressing class that have pretty much overtaken all positions of authority
and employment slots in this overly politically correct city which is a den of
thieves. I left and will never go back, even though I’ve gone to that centre
for 10 years. It was the icing on the cake after seeing that local centre turn
from warm and friendly to a place with armed cops on every corner waiting to
pounce while the no-outdoor-smoking-under-penalty-of-fine signs have been
posted everywhere. No. I won’t go there. And neither will my money. And they
can pound pennies up their sweet arses whilst enjoying their no-smoking
paradise, enforced with the gun apparently. An expression of upset over a
machine malfunction reveals the thought-crime of being disgusted with their
dictatorial set-up and that’s the real reason it’s turned into a nightmare in
this fiendish world, where even saying a word that isn’t becoming to the
prudish results in over-reach by the authorities, like in the case cited
above, results in a penalty over free speech. It’s the seven dirty words one
can’t say on TV, only nowadays some in authority have the right to say and
rule as they please, but say it yourself in a way that comes naturally and be
arrested on the spot for expression of thought contrary to the prudes in
charge. It’s a flip flopped world to be sure.

We live in a topsy turvy world. Sometimes I think it’s being done on
purpose

Dey are a minority, begorah, deir roights trump any English rights, roight?
(I assume Stanhope is in England).

Plainly Mr Stobbs was incorrectly advised – he should not have admitted to
‘threatening behavious’ , since it manifestly wasn’t.

The Irish band are a bunch of fannies.

Someone had to say it and I don’t care who is “offended”.

Send these wankers my way, Anna. I can deal with ‘em.

The Irish use an ‘e’ when they say it.
Apols for using the comments as a
comms channel but I sent an email & as I had to re-enter a load of details
to the wretched Outlook Express I’m not convinced it worked properly? Even
techys battle with the technology…

I replied to the e-mail too…..did you not get it?

All received, many thanks. This area can only get dialup, so no permanent
connection.

@annaraccoon2010 Unbelievable poor bloke. I can just imagine him having a
rant in a beer tent.