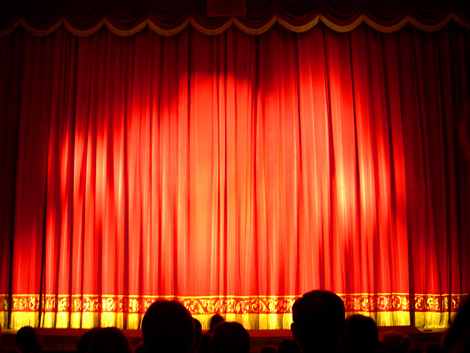 Mea Culpa! I have long been guilty of boring you all to a state of near death with my tales of the Court of Protection. There was method in my cruelty. I shall not make you suffer much longer – my task is almost complete.

The task I had set myself was to campaign effectively for the Court of Protection to open its doors to public scrutiny, for justice to be seen to be done. More than that, for the legal profession to have adequate access to the ratio that lay behind prior decisions to be able to competently contest those decisions. Our entire legal system rests on lawyers understanding how and why the law has developed in the hands of judges. Without that knowledge they are blindfolded – and without informed legal advice there can be no effective representation in any court.

The Family Courts, although frequently referred to as ‘secret courts’, have always published anonymised case notes, but not the Court of Protection. That this situation was extended by the Mental Capacity Act 2005 to cover those instances whereby a person could be deprived of their liberty without suffering from a mental illness or being convicted of a crime defied belief. That the main stream media was content to rehash press releases claiming that this Act was a benign force for good, ‘extending the autonomy’ of the mentally incapacitated, quite literally kept me awake at night.

Thus was born this blog. A mix of law, politics, media, sex and religion. I thought if I threw everything in, I would attract enough readers to keep plugging my point regarding the Court of Protection. I also knew that inevitably, because of the way in which the law had been framed, sooner or later, some man or woman would be ensnared in its web in a manner that would force awake the main stream media.

Mark Neary was prepared to talk to me publicly about the impossible situation his son Steven had been placed in under the Mental Capacity Act. Steven had been deprived of his liberty for a year. He was not mentally ill, nor had he committed any crime.

You might think that every lawyer in the land would have brushing up on his habeas corpus, but of course, nobody knew what was happening. Mark Neary had made strenuous efforts to interest the main stream media, but they had reacted as they have done for the past two years. Listened politely and published nothing. Far too complicated a story. Hillingdon Council who had deprived Steven of his liberty were not prepared to comment. It was a one sided story.

A one sided story which was about to disappear behind the curtains of the Court of Protection, never to be heard of again. A ‘no-sided’ story.

On December 9th, a few days before the Court of Protection hearing which would have silenced all parties for ever, I published the details of what was happening to Steven and asked for the help of the blogosphere in publicising it.

It was a situation not too different from the famous Trafigura secret injunction. The story was not so much the opposing claims of the two parties, but the fact that it could not even be reported that there were opposing claims.

The response was magnificent, 2,300 people went to the trouble of re-tweeting it, and you should be proud of yourselves. For yesterday, the High Court made a significant ruling. They did so at the request of four media outlets. I had been contacted by virtually every main stream media outlet, from broadcasting outlets to Canary Wharf – readers of this blog had retweeted the story to them, but too late, they had missed the bandwagon, the Court of Protection hearing had been held and the matter was now sub-judice, albeit that that hearing had a happy outcome and Steven was back home in time for Christmas.

However, the media had woken up, and at the Royal Courts of Justice yesterday, Guy Vassall-Adams, representing The Independent and four other media outlets, was able to show the judge that there was “good reason” for the media to be let into the proceedings, which would be “a powerful illustration of the role played by the court”. The court was told that the Uxbridge Gazette, Private Eye, and ‘other publicity’ had already raised the profile of the case. No other media outlet had been prepared to touch it.

‘Other publicity’ – that’s you, the blogosphere! Well done all of you and especial thanks to Charon QC and Obiter J who had given Steven’s story so much traction. Unlike some other legal blogs, who had sailed so magnificently past the ‘point’ airily declaiming that it was a one sided story that no one should get too excited about until they heard the ‘opposing argument’, they had correctly grasped the ‘point’ – without the support of the blogosphere, who were prepared to report Mark Neary’s story, we would not even be able to report a one-sided story! No one would ever know that such a thing could happen.

There will be two more court hearings, one to consider whether Hillingdon Council acted illegally in depriving Steven of his liberty, and a further one in May to decide on his future care arrangements. Chris Cuddihee, the one solicitor who was prepared to take on the case is confident that Father and Son will not be separated again. The court’s deliberations will be reported. The reasoning behind those decisions will be a matter of record that future legal advisors can consult and correctly advise anyone else finding themselves in the same position.

It is the first time that a Court of Protection case has allowed both the proceedings and those named in them to be publicly reported.

No! Well done the Blogosphere for having faith in me and helping out when asked!

No! Well done for keeping going even when all around no professional was interested.

Not boring – horrifying. The Court of Protection has Kafka written all over it.

If I might make a request, please don’t regard your work here as done, there are other injustices and other causes in need of your particular brand of raccoontage. More power to your furry elbow!!

Agree there, quite sobering to read about the origins of the blog.

Well done indeed Anna – and those from whom you had assistance!

This is excellent news – and don’t stop, for there are other injustices out there waiting to be addressed. Well done everyone!

Sadly – but predictably! – my MP took the view that he was powerless to become involved in reviewing the draconian workings of the Court of Protection because the injustice did not involve one of his constituents.

So, shame on him but well done Anna and to all of those who did respond to your call to arms to such good effect.

I can do no more than endorse the preceding comments :  jolly well done.

Only a raccoon is that persistent.  Let this case be warning to the socialist state (in which term, as you likely know, I compass every government in the modern World) :  a raccoon will eventually spill your garbage !

Sunlight, the best disinfectant! *pat on the back for the blogosphere*

Maybe there is just a faint chance that one day there truly will be freedom of information?

When will the MSM wake up and realise they’ve been left behind? The leading edge of campaigns starts here. Journey of, blah, blah, begins with a single step – it’s true and you are the champion.

Now how about a campaign to eliminate all those NHS placebos (not the band, they’re OK) funded by taxpayers?

You should know that the Independent are claiming this for themselves…

Legal history made after ‘Independent’ campaign

A father and son reunited. A secret court forced to open its doors

Yes, I do know……makes I laugh!

Go kick them in the goolies. Shocking newspaper.

Another chink of light into the all but closed sphere of the Nanny state – my respect Ms Raccoon. Let’s hope that your tenacity helps to awake the sleeping giant, it’s high time that those in authority began to understand that some of us care what they are up to.

Keep up the fight – plenty more where that came from, unfortunately. A lot of parents fighting the secrecy of courts who take their children away. Sometimes it may be the correct decision, but justice must be seen to be done, which it cannot be with secret courts.

Well done, another victory (for you and the blogosphere). After the “Mysterious Case of the Fag Butt” made it into the MSM from this place you ought to go for the hat rick. Again, well done.

Anna, you sure put a lot more into this world than you take out.
Respect. x

Well Done… and thanks for your kind words.

Great work but keep going. We must ensure the MSM can no longer ‘lift’ stories without source acknowledgement. Hope you had a wee glass of something tasty to celebrate.