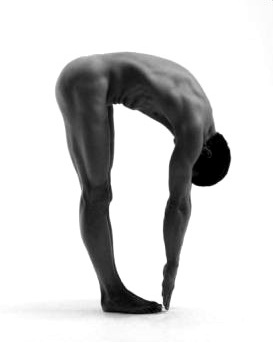 The Barnsley Central by-election will be held on March 3rd. In case past constituents are starved of news of his present well being, given that Illsley is the word least likely to be mentioned in Barnsley this week â we have this handy update from his wife.

His wife Dawn said he was âkeeping his head downâ at HMP Wandsworth, in South London, and was âpaying dearlyâ for what he had done.

They say it is less uncomfortable should one grab oneâs ankles instead of
oneâs knees, ah well justice is served.

You could say he shafted the taxpayer, now he is to be shafted by the
non-taxpayer.

Ilsley was venal, like many MPs and many people in other professions. He
was also so stupid that his petty corruption became criminal fraud. He is not
an evil man. He has probably done much more good than harm in his life,
especially for Barnsley folk. When he gets to the pearly gates, he will be far
more likely to get through than those who express some of the vicious
sentiments above.

Katabasis made a serious point. iI think heâs entitled to a serious
answer.
Iâm staying out of this one.

Should we be sending him small bars of soap for use in the shower? Nice,
slippery ones.

Now that contrary views are appearing it makes my comments above
misleading.
To clarify, thoroughly approve of the topic viewpoint and the
limerick.

I am disappointed. What Illsley did was wrong and no-one is questioning the
fact that he should be punished, but goating over the demise of another human
being does little to earn the respect of others.

It is a sad indictment for those who responded by joining in and savouring
the ridicule in this thread.

Politicians are not entitled to any respect. Itâs their own fault: they
have devolved into Homo Graspiens.
Ridicule is their reward.

Itâs part of the underlying sexism tolerated towards men that male rape
in general, and prison rape in particular, is regarded in such jocular
terms.

Iâm disappointed you wrote this Anna.

You were very quick to attack the sexism expressed by numerous commentators
on the assange case regarding the alleged rapes, and on issues of presumed
withdrawal of consent whilst sleeping etc, yet seek fit to draw humour from
the prospect of a man being raped in prison. Such a ubiquitous and vicious
sexist sentiment too. Great.

Keeping his head down & paying queerly for his misdemeanours.

He tried hard to cling on to power
His lawyers were paid by the
hour
But he fiddled expenses
And had no defences
To unfortunate acts
in the shower!

Sister Eva will be featuring in âcomments of the weekâ next week!

Thank you! Iâll be here all week!

Shocking. There must be a bad influence on this blogâ¦
LOL

â¦ just shut your eyes and think of England