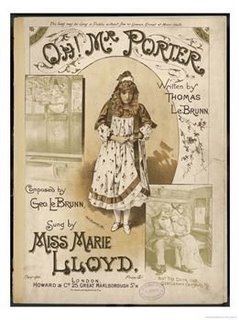 I joined the student union, just like you asked me to,
Came up to town to stop the fees.
Just a week we had of it, all round the place weâd riot
Wasnât I sorry on the day I had to go back home?
Worried about the kettling, too late to demonstrate,
Dropped a concrete block on plod, my friends all fell about,
Got my photo taken, said âgood â byeâ âYouâre nicked.â the plod did cry,
But where the Hell were you?

Then you went to Manchester, and I had to follow you,
You tried to flash the race card: said theyâ d called you Jew,
You said youâd give us leadership, and lead us from the front,
But your election portfolio was really an affront,
âBuilding on a record yearâ? The only record thus is this,
The criminal one I got for âRiot and Affrayâ.
Now Iâll never get a job they say.

Any butthurt that members of the NUS feel as a result of their Labour
inspired mass hysteria and communist aspirations brings a smile to my face.
The country is broke and they want MORE!

They had a point about changes to funding but lost the public support by
the selfishness of their tantrums and the damage and carnage.

If you want to be a Doctor and earn Â£100k per year then you pay for it once
your are earning good money after you pass your course. Feeâs will encourage
them to think about what they study and to take it more seriously. Why should
the bin man contribute to your life of high earnings via general taxes?

As long as everyone has equal access to higher education then we are doing
OK.

In case the student muppets forgot, here is a reminder, it was their Labour
mates that destroyed the UK economy by spending too much and running up
National Debt in times of economic prosperity while sucking up the City of
London and putting in place the FSA to incompetently regulate the City of
London. It was not branch banking it was London Investment banking that
brought the country to its kneeâs.


In my ideal world, (Not reality) Certain people would be hanging from
Lampposts for the various crimes committed against every person in the UK and
future generations unborn starting with previous Labour Government Ministers,
Peers and Quangoâs. I would even go as far as to suggest members of the ECHR
could participate in the interests of fairness.

(In the interests of avoiding court I would like to say some parts of this
post are a joke, decide for yourself which bit)

Student politicos are ususal most unprepossessing. Mr. Porter unusually so;
he seems to have only one facial expression â the smirk. In that, he reminds
me of a former NUS president from way back, one Jack âI blow with the windâ
Straw.

Oh Anna! Dear Anna, they wonât leave me alone,
They persecute me and
make my life hell.
So sometime late in the summer Iâm going to trek
home.
Iâll leave behind my Blackberry, my desk and laptop
And watch as
the students crumble and flop

Theyâll probably elect Bergfeld once Iâm out the door
And organise,
occupy and agitate
And accuse me of being some Tory whore.
But one day
theyâll look back and see what I did
Was to revitalise student politics â I
opened the lid.

Boots, boots, marching on the ground.
They feel like theyâre Egyptians,
but make a British sound.

Debt, debt, do you think they care ?
For unborn generations the cupboard
can be bare.

For any younguns unfamiliar with the tune, play

The other selections with harry Champion are worth a listen too.

Very clever, had to sing it to the end.

The NUS is the only union to which I have ever belonged, donât remember
them being any use then. Theyâd have done better with Will Hay.

@annaraccoon2010 when will it end!