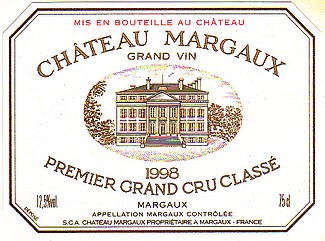 You are already too late for the early bird ‘special price’ of £195, so expect to pay in excess of that….

March 29th should herald a great day out for all. On that day in 2011, politicians and ‘other people with a public profile’ will be able to listen to the experts in the business explaining to them:

Putting a story on a blog….

Fighting your corner in the comments…(for when you failed to spot the trouble makers and time wasters!)

Using Google Analytics (for when you want to find out how many other stories your attempts to fire fight on the blogosphere generated…!)

The experts who will be explaining this to the great and the good are:

All that golden knowledge for in excess of £195 (but they do get lunch!)

Just this once we will have a decent prize. A bottle of Chateau Margaux – Guido’s favourite tipple – for the best entry comprised of a ‘panel of experts’ and ‘subjects covered’ in the Anna Raccoon ‘How to Deal with Bloggers’ Seminar – a mere £100 inclusive of slippery jellied Eel Pie and Mash – exceptional wit will be rewarded…..

Where do ideas come from ? – how to write an OpEd article after lunch with
a senior Labour politician without making it too obvious they have sold you a
line

Along with Cllr Tim (who’s Labour and blogs from Barnsley) and a lovely
team from Kirklees Council, I’ve been running a series of sessions – dubbed
CllSocMed – for Councillors in the Broad Acres (plus a few strays from the
Northern parts of Yellow Belly country).

Not, of course, that I know the first thing about this blogging malarkey.
My selection is entirely down to charm, wit, personality and an unerring
capacity for being in and/or making trouble.

I’m also a politician – unlike any of the self-appointing Laarndan folk at
this seminar thingy – and know the ‘oh,shit I shouldn’t have said that’ moment
and the rules (mostly introduced by Blair) that constrain us.

So, to cut a long story short, I volunteer….

…to sit at the back and heckle

Politicians and other people with a public profile?

Taxpayers will be paying for this then. All of them will be claiming exes
and as everyone knows, its public sector types who have time for
jamborees.

I try & limit the no. of posts per day but the limerick muse is quite
active.

An MP decided to know.
What bloggers are like in full flow.
He
screamed “I CAN’T STAND IT,”
“IT’S WILD WEST WITH BANDITS!”
“To Hundreds
Of Chilterns I’ll go.”

I thought Chateau Margaux was what Jerry was allowed to quaff on ‘The Good
Life’ all them years ago. Being Margaux it would be very high maintenance and
consequently expensive. Several leagues better than Tom’s peapod burgundy
(though the ever-loyal Barbara may disagree).

Harry Cole is/was Tory Boy. Both he and Dizzy will gain nothing by
association with the rest, all Total Bollotics

Experts? That six named, with the exception of Dizzy, couldn’t blog their
way out of a paper bag!

Jellied? Stewed? Ewwwwh! Eel should be cold-smoked, sliced razor thin and
served (a) with fresh scrambled egg or (b) on a bed of Endive and Samphire,
drizzled with a little fresh lime juice.

Let’s hope they don’t try to claim this on expenses. It will go way over
their heads because must of the politicos are so thick that they need help to
find the on/off switch on a computer

“jellied Eel Pie” ??
As a one-time Deptfordian, I can only say
WTF?
As any fule kno, eels are either jellied or stewed. Or do you have a
secret family recipe?

If they need a seminar to tell the difference between a blogger and a
journalist – we can be sure that the fules will not kno that you can only
get the pie in the stewed version!