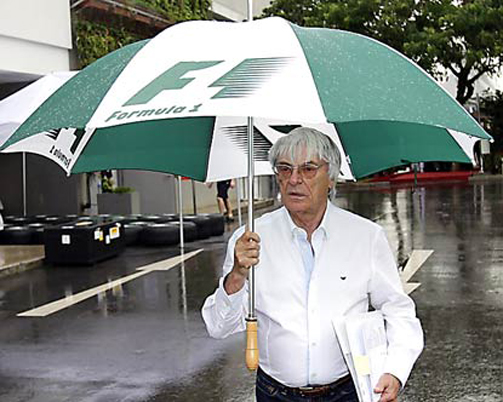 Petrol heads the world over have, for this week only, taken their heads out of Autosport and turned to the mainstream media, unaccustomedly consumed by an interest in International Politics.

Whilst the Bahrain Motorsport Website continues to run advertisements such as ‘Experience Fun in the Fast Lane’ the bloodied bodies of demonstrators lay across all three lanes of the Pearl Roundabout.

‘Fuel your Passion and discover what it feels like to Fly’ it exhorted, as young men and women discovered what it felt like to die.

‘With lots of excitement for the kids’ it added hopefully – providing the kids find waking up next to your cold dead body an exciting experience.

Never was a region more aptly named – the Gulf States; and the gulf has yawned embarrassingly wide over the past few days.

As the extended al-Khalifa family cowered in their palace, protected by troops in armoured vehicles taking pot shots at the demonstrators, their thoughts turned to the important matters of state. 231 of their people were injured by their own security forces. Chewing on the ends of their gold tipped pens, they made a list of ‘things we must do to avert catastrophe’.

Naturally, they phoned Bernie. Bernie Ecclestone. The man Crown Prince HH Shaikh Salman bin Hamad al-Khalifa rewarded with the Bahrain Medal of the First Degree, the Kingdom’s highest award. A medal usually reserved for Heads of State, but in this case awarded for ‘outstanding services and achievements for the Kingdom of Bahrain’ – had he not made them the envy of all monarchy in the gulf? Had he not agreed to bring the Formula 1 circus to Bahrain and thus bestow all the glamour and excitement adored by petrol heads the world over to their undemocratic nation?

With the Formula 1 season due to open in Bahrain in just a few days time, there were millions of the al-Khalifa dollars at stake. This was no time to worry about the health of a few hundred of their citizens languishing in Manama hospital – would the track be cleared in time for Formula 1’s iconic drivers to steer their multi-million pound dodgem cars around?

Since that telephone call, Bernie has been performing a deft ‘Reign dance’ – careful not to pull the rug out from under his generous Royal hosts – after all, it might all ‘calm down’, and the logistical nightmare of tons of F1 kit, already en route to the tiny gulf State.

Ecclestone, the ringleader of the F1 circus, said on Thursday: “If it’s not quietened down by Wednesday, I think we will have to cancel probably.”

‘Quietened down’ – there lay the massive gulf in priorities. As the White House worried about the potential loss of its strategically important base for its Fifth Fleet, Bernie was on the phone to the Crown Prince.

“It’s not good is it?” Ecclestone said. “We’ll have to keep our eye on things and make a decision quickly. I spoke to the crown prince this morning. He doesn’t know any more than you or I, but they’re monitoring exactly what is going on.”

“Our priority at this time is ensuring the well-being of everyone associated with this event, and we will respond appropriately to any further developments”.

The ‘appropriate’ response to ensure that the race went ahead was that Riot police with tear gas and clubs early Thursday broke up a camp that anti-government protesters had set up on the square, killing four people. Armed patrols prowled neighbourhoods throughout the day and tanks appeared in the streets for the first time. Public gatherings were banned Thursday and the city was virtually locked down.

Bernie has given an extraordinary interview to BBC Radio.

“Obviously some people were killed, nobody’s happy with that, I’m quite sure. Let’s hope that this all blows away. In these parts there have always been skirmishes. Perhaps it’s a bit more than that.”

Those with long memories may remember Formula 1’s tacit support of South African apartheid – Formula 1 was one of the last sports to abandon South Africa, although some advertisers, amongst them Marlborough, demanded that their stickers (and thus one presumes, their money) be removed from the Ferrari and Maclaren cars.

If the advertisers put pressure on Bernie by way of withdrawing their sponsorship in Bahrain, he may well perform a different ‘reign-dance’ – for it seems that money is the only thing that disturbs the relentless progress of the Formula 1 caravan – that and the prospect of injured drivers having to join a queue for an ambulance.

This weekend’s GP2 Asia race meeting was cancelled. Ambulances that should have been on stand-by at the track were instead among those driving the government’s victims to hospitals by the hundreds.

Money and morality – the yawning gulf at the heart of Bahrain.

UPDATE: The dance is over – at 4pm this afternoon the race was cancelled. The season will now commence in Australia on March 27th.

In the picture he’s actually under a tiny little cocktail umbrella.

My keyboard! I’ve now got to clean it.

I heard him on Radio % Sports Week on Saturday morning. He was rude and
insane. Such are billionaires?

The people want bread and circuses. If Bernie took some buns to Bahrain,
they might race yet….

Isn’t that what those nice young girls wandering around the grid are
supposed to contribute ?

Sorry to be so flippant, when we’re considering something so serious.

ΠΞ [Exit pursued by a raccoon]