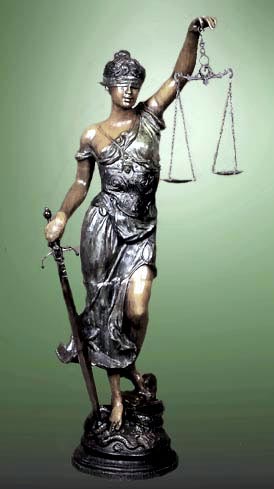 I watched a programme on BBC 4 recently called ‘Justice -a citizens guide‘ by Harvard Professor Michael Sandel who is a political philosopher. It was beyond excellent, even though Sandel is a reluctant communitarian, which I am not.

It was the first time in my life I had actually considered what the word ‘Justice’ means, because well, we all sort of know what justice means, it usually means in common parlance dishing out revenge and getting the State to sort it out, or getting recompense from somebody that has treated you in that currently over used word ‘unfairly’.

Well there were two things that I learned immediately, that for Justice to exist there has to be a common framework that we philosophically all agree on, to the extent that it becomes second nature or ‘natural’ to use.

Secondly there is no such thing as natural Justice, it differs across cultures. I am not talking her about the severity of punishment differing between say Iran and Britain, or China and America, but the basic concepts differ as a result of our ideas or concept of ‘Justice’.

On that basis I find it very difficult now to understand how the differing concepts across Europe can ever be brought together in one European code. I also saw yesterday convicted perjurer Tommy Sheriden promising to come out of jail to carry on fighting for Justice !

In Britain we appear to have adopted the utilitarian concepts of Jeremy Bentham.

Justice is what is required to keep the majority of people happy. The example used was if a jumbo jet full of people is known to have a bomb on board ticking down to zero, and you have captured the bomber – is it right to torture the bomber to save the three hundred people on board? The answer most people gave was ‘No’ – it was not right to torture, and that the three hundred should be sacrificed so that we could be ensured of not being tortured by the Government.

You then have further complications – as with the Pan Am bomber – released to allow British citizens and companies to have the greater happiness of Libyan oil.

In Germany they follow the Kantian Philosophy of ‘Human Dignity’. It is enshrined in the German constitution.

This is where the citizen is deemed to have transgressed fundamental codes of behaviour if it diminishes Human Dignity. If your husband/lover/partner is being chased by somebody who wishes to kill him, he hides and tells you to answer the door, do you say ‘he is not here’ to the murderer and tell a lie thus diminishing your human dignity or say ‘yes, he is under the bed’. In the latter case you have not diminished your human dignity by telling the truth in Kantian terms.

This was teased out further by a real case in Germany, were a child was kidnapped and the kidnapper was captured on collecting the ransom, he then refused to say where child was being held. The local police chief concerned that the child would starve to death, threatened the kidnapper with dire punishment. In the event the child was already dead, murdered soon after the kidnap. The Kidnapper was prosecuted and jailed, as was the Police Chief punished by a Court for breaking the law and diminishing the ‘Human Dignity’ of the kidnapper. The premise being that by acting in such a manner he had diminished the human dignity of the whole society by his actions.

The third was the ‘Aristotelian’ – that we should all develop a sense of the ‘virtuous’ as citizens, and take part in virtuous development as people and society, by partaking in debates on all aspects of society and thus be virtuous as citizens. The Athenians following Aristotle’s principles, debated for three days whether it was morally right to fight Sparta that was invading its lands.

The further example used was that the students that took to the streets in Athens were morally right to protest and to seek ‘justice’, but morally wrong to use violence and to firebomb a bank and kill people to seek ‘justice..

Aristotle only applied his principles to an elite, (aristocracy) no women, no slaves. Only the virtuous (or righteous) . Much of this can also be seen in British justice. The elite make the laws to control the unvirtuous, hence we hear of ‘public service’ from the elite and civil servants. They are merely an elite seeking the maintenance of the elite and to stop the plebs destroying each other and the elite.

So if you ever hear people say there is no ‘Justice’ they are right because there are many kinds of Justice, it just depends where you are in the scale of things in terms of power. Laws are just written extensions of a philosophy. We have very little way in Kantian fundamental principles of behaviour.

Fascinating stuff, for justice and injustice to exist you have to have ‘society’ and somebody to determine who the winners and losers are in ‘justice’.

What a delightful essay. I now have to wait til Sunday before I can get time to follow the links.

This site is getting really very good.

My concern is that since Bentham’s death we appeared to have ossified in terms of political philosphy and Law for nearly two hundred years.

Interesting article, I must watch the programme.

I have struggled with calls for ‘justice’ in the past and what is meant or wanted by others. How about the case when someone, possibly, has failed to apply the handbrake properly on their car parked on a hill that later rolls back?

You might like to look at the thoughts of Bernard Williams and others on the concept of “Moral Luck”.

I suppose the conflict between justice/morality and the law is explained by the idea put forward by Holmes that the law is founded on the principle of revenge.

If sandel is the chap I think he is then he’s done an excellent lecture series for Harvard law school available as free online video. On the subject of the cost of further education MIT have made their entire sylabus publicly available online completely free! makes one wonder about the justification for the costs of residential full time bricks and mortar universities.

Is punitive justice effective and more importantly does it exhibit any ethical consistency? An alternative is restitutional justice. Restitutional justice is much favoured among polycentric and voluntarist legal theories. any good libertarian should be familiar with the principle of self ownership. how this can be reconciled with coercive monopoly legal systems based on punitive justice I have yet to hear.

to pick up on Withers’ point regarding differing legal systems I’d like to raise the ideas behind the seasteading institute – the idea is not that the entire of humanity deserts the land and takes to the sea. it is rather to get many seperate communities established so that differing socio political systems can be trialed and competed. there are different legal systems in the world based on different philosophies of justice but being restricted by nation states there is negligible choice, competition, development, or innovation. the founders of the seastead institute come from backgrounds in computers, software and the internet. they want to transfer the principles of unregulated freedom to innovate, low startup costs and almost boundless competition to socio political systems. the most recent r&d into socio political systems was the Russian revolution and the communist experiment. as can be seen from that entry costs are high and lead in times are long. in order to develop human society we will have to escape the state.

The Cambodian Holocaust was the last ‘experiment’ based on radical chic French Marxist theory of the 1950′s called agro-marxism.

This entailed happy ignorant peasants after the corrupting cities were evacuated and professional classes executed.

Justice was courtesy of an AK47.

The end result of all socialism, death camps, re education and terror

By mentioning the ‘communist experiment’ I am in no way endorsing communism or any other form of coercive collectivisation.
The word experiment is, in this context, especially value laden. The context being modes of human interaction based upon force.

Everything can be and should be voluntary.

I would never suggest experimenting on unwilling humans although the left are more than happy to publicly trumpet such aims.