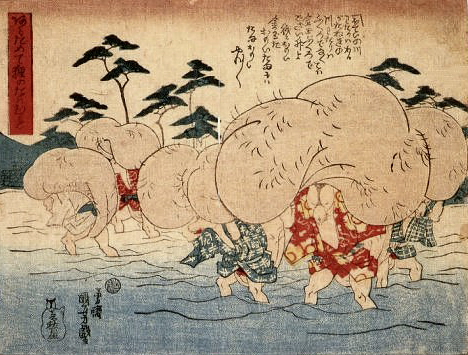 How dare they! We send them half a dozen of our most highly prized gilded testicles, shipped out from our last working airport, prostrate, docile, fenestrated, bearing Frankincense and Myrrh, laden with humiliating apologies and offers of Croesusian gilt for their temple of shame, and they give us one vote?

Do they think we serve up the future King of England on a platter for every Thug, Hick and Defrauderary? Did his offer to have the entire Panorama team incarcerated in the Tower of London count for nothing?

Golden Balls himself, accompanied by only his personal hairdresser, squeaky voice retrained to sound manly and confident as he sought to placate the High Priests of Planet Football – we have the finest pitches, we will make you more money, you will sleep in the finest silk sheets and my wife will peel your grapes.

Her Majesty’s Prime Minister, took three days off from steering this country through the worst economic disaster it has ever known to guarantee tax breaks, VAT reimbursals, bonus shares in British Gas, Zil lanes for the delegates, his personal assurance that no Fifa delegates would ever be arrested for money laundering, genocide, parking tickets, paedophilia or human trafficking.

Did the fact that we have the most abysmal International Football team, riven with dissent; self indulgent, overpaid donkeys every last one of them, count for nothing? Did the fact that the host team would have invariably crashed out in the first round accompanied by tales of Cocaine over-indulgence and voluptuous Ukrainians roasted in the team toilet at half time mean nothing to them?

One miserable vote? And that from our own delegate.

Their loss – the Russians will give them nothing but superb football in exemplarily stadiums and none of that free speech nonsense about revealing their kick-backs.

What first attracted you to the billionaire oligarch, Roman Abramovich, Mr Blatter?

Oh Goody. So Russia is going to get our Football Hooligans. I hope they’ve
got a Gulag g going to waste.

International sport has become a great big gravy train for sclerotic old
farts. I would be happy if Britain stopped bidding for all these
bungfests.

BTW I heard Sepp Blatter is pushing Monaco for the 2026 World Cup. Never
mind they do not have any stadiums or as far as I know a national team,
they’ve offered the FIFA panel a tax free haven to stash their bungs.

Glad it’s not here, couldn’t stand the 8 year lead up!

I do feel sorry for the tourist industry B&B/Hotels/Pubs etc who would
have probably done a roaring trade.

The other disappointment is that now the BBBC will be able to go on another
multi-million pond international junket (couldn’t have them missing their 4
annual jaunt).

p.s. SH we must have had at least 13 points against if your final score was
right

And the following world cup in Qatar has nothing to do with money
either.

I heard one commentator on R4 saying that he could see any logical reason
for Qatar getting it in 20whatever, saying it was a tiny place with 94% sand
and how would it cope with millions of fans. I thought him totally illogical.
It was obvious that money is the reason why Qatar and Russia got the world
cups. Russia will do their usual nothing fancy but it works way of building
things (witness their jets which can land on grass but the US ones have to
land on smooth as glass runways) with a load of corruption to keep things
ticking over. Qatar will do the same as Dubia did with F1 – spend millions of
their oil money ready for when there is no oil money.

… and my wife will peel your grapes.

If that was the offer made then I’m not surprised we didn’t get it. The
thought of being that close to ‘Posh’ would have been more than enough to get
me to vote for someone else.

Smoking Hot, yes indeed, and England led by a mighty Maggie, think of the
headlines the press could have used!

There are broader considerations here. After my post today I saw that James
Macmillan in the Telegraph had also spotted Valery Gherghiev close to Ramon
Abramovich although he did not seem to twig the full implications. Unluckily,
what is being spouted off in much of the UK media seems to be just another
form of natural gas.

First, my profound and sincere thanks to FIFA for freeing us from the very
real threat of even more vile footie TV, thuggery, mindless radio analyses,
and even sickening MP speak attempting to show solidarity with the lowest
common denominator type voter. The soaring crime rates may even be slightly
lower for a while, money laundering less widespread from the drug trade, and
the mafia less active.
My sympathies to the Russians who must find all that
bribe money and endure the above mentioned tide of criminality inseparable
from footie. For a small consideration they can have all “three lions” as
well.
Hurrah I say.

Since the political class, civil servants, the BBC and lefties of all
persuasions have sought to delete the words “English” and “England” from
official documents, questionnaires and the vocabulary, and dilute the English
blood to extinction, it’s no surprise to me that only two fifa “voters” even
recognised who the three lions represented.

How many of you knew that we had the Womens Rugby World Cup here recently?
Yes, here in the UK. Did you hear Cameron spouting on about it or indeed any
of the MSM?

Where did the English Women’s team come? … they were runners up after
narrowly going down to New Zealand 13-10. Oh, and they beat Australia 15-0 in
the semis too and won all their pool matches … points for 146 points against
10.
Final was on 5th Sept 2010 at Twickenham Stoop.

Our three wise men were no match for the safe deposit boxes stuffed with
roubles.

And I love the Mrs Merton/Debbie McGee reference!

Can I suggest as a goodwill gesture to the Russians that we pack all of our
politicians into crates and ship them over to Murmansk? The Russians are a
very resourceful people – I’m sure that sooner or later they’ll find something
to do with them.. King Borislav might feel quite at home with them..

Is it too late to let the Russians have the Olympics 2012 too?