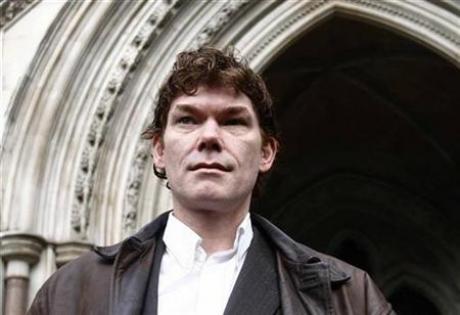 This has been an interesting few days as Mr Assange releases cable traffic from US Embassy traffic to the State Department that covers a good few years of recent history – it will be useful for future Historians.

It will also show us the events that the diplomats missed; the Berlin Wall coming down was not foreseen by any intelligence service, certainly not the Stasi, nor or any diplomat. Also, it will show us on what basis foreign policy was being made. In 1930′s London everybody on the diplomatic circuit thought that Mr Ribbentrop was awfully nice. Therefore that Mr Hitler was an awfully decent chap.

The tittle tattle is largely amusing. Prince Andrew is a chip of the old block – what a surprise ! The only surprise I had was that we are paying a helicopter decoy for Exocet missiles from Argentina to promote British Industry.

Anybody who has worked abroad will have met diplomatic staff. Plodders who think they are spooks and spooks who are plodders, so you can take a hell of a lot of what they twitter about with a large pinch of salt.

It has been an exercise in reluctant open government that Libertarians should applaud, as a lot of this stuff is done in our name. Clearly the US has got some major security issues with its traffic, but ranting that Wikileaks should be designated a ‘terrorist’ organisation is a bit far fetched.

Which brings me onto the most disturbing revelation. That Gordon Brown was trying to persuade Obama to allow Gary McKinnon to serve his sentence in the UK.

Why was Brown assuming that he is guilty, he has not had a trial in the States yet ?

Why was he not protecting a British Citizen from a foreign Government on British soil ?

The supine nature of British Government in the face of a US Government that cannot keep its own secrets very safe is very telling of the quality of our political elite, or as one cable said ‘lacks depth’.

I like abusing GB as much as the next man, however:

“Why was Brown assuming that he is guilty, he has not had a trial in the States yet ?”

Surely this would be contingent on a guilty verdict. No harm in being prepared for that eventuality. Imagine if you will that no such provisions were made until the verdict of guilty and Gary had to spend unnecessary time at the hands of bum rapists? (I’ve seen US prison movies)

“In 1930′s London everybody on the diplomatic circuit thought that Mr Ribbentrop was awfully nice.”

They did from the Prince of Wales on down.

The Gary Mackinnon case is very interesting. As I recall, the last judgment in the Court of Appeal made it pretty clear they didnt believe a word of what he had to say about “Aspergers”, a condition which seemed to have popped up rather conveniently. I do not know if their cynicism is well grounded. as for Wiki…and interesting dilemma. I am rather inclined to the view that the stone under which government operates needs lifting from time to time

“I do not know if their cynicism is well grounded.”

I think it is. I wish, also, that it’d spread to other defendants!