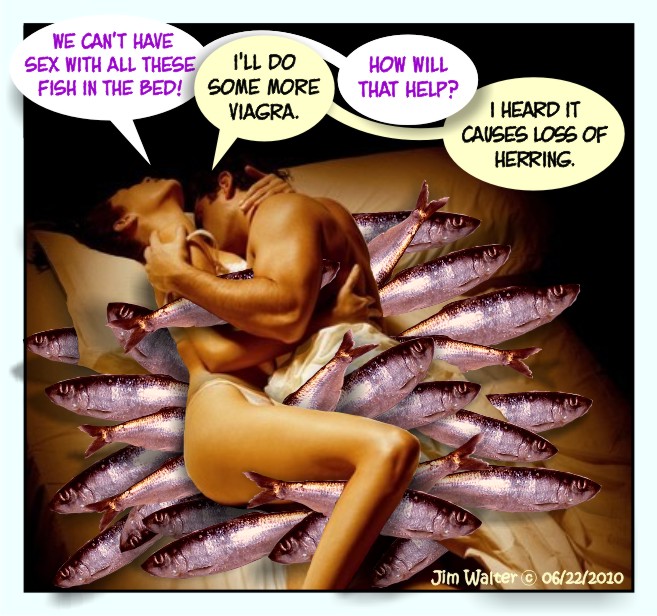 A bed of Herrings? She were lucky……

I know, I know, you’re all freezing, I don’t know what cold is, etc., etc.. It is unusually cold here for the time of year, we are used to being able to still have a lunchtime drink on the terrace on Christmas Day, so forgive us, we think it’s cold at the moment.

So, because it’s cold, the wood burner has been alight late afternoon every day – and we have been watching television. Hence I have caught up with the British ‘soaps’ – and I’m shocked. This is before the ‘watershed’ stuff, right? Suitable for six year olds left in front of the TV whilst someone prepares supper?

Coronation Street used to be a gentle facsimile of life in a northern town – is it still?

Eastenders was a rose tinted view of the working class in East London. Boy have they changed.

It’s not just that they both now seem obsessed with sex – finding every way they can of avoiding the ire of the Broadcasting Standards Commission, it is the way in which they do so.

You are still not allowed to show scenes of ‘sex or violence’ before 9pm – so no actual sex scenes, but lots of scenes where it is blatantly apparent the sex is about to occur.

This leaves our six year old or nine year old with the following information:-

A ‘romantic scene’ with candles, soothing music and sweet nothings being exchanged, will result in no sex.

Peter ignores Carla’s entreaties and walks out before dinner.

John Stape is lured by candlelight into tryst with Charlotte that only results in more lies to Fizz.

Shirley cooks romantic dinner for Phil and gets pushed roughly out of the way in favour of unknown criminal activity.

The message being that romance is a waste of time if you want sex.

On the other hand…

Stacey reaches into taxi waiting to take her away from people she never wants to see again and in the next shot is unaccountable in Dot Cotton’s Moggie being driven to insalubrious waste ground. Without further ado both parties violently rip their clothes off and Stacey is last seen ‘perched’ uncomfortably on the bonnet of the Moggie…

Vanessa calls round to collect her belongings from Max Branning’s house, and without further ado both parties rip their clothes off and she is ‘perched’ uncomfortably on top of the dirty dishes left on the washing machine…

Leanne makes her mind up to be faithful to her future husband, and is blocked in doorway of club office by Nick. Without further ado, both parties violently rip their clothes off, and she ends up perched halfway up the office wall…

The message being that sex is something that is most likely to occur after a violent row and women have no objection to being hideously uncomfortable.

The only time I have seen any gentleness, or storylines that implied any sexual contact without violence or where the partner was provided with any sort of a ‘soft landing’ or salubrious environment, nor was the scene preceded by an argument, was in the gay scenes, where Christian lovingly provides cushions for his partner to lie on, or Sian brings gifts of nutritious food back to the bed sit before lovingly stroking Sophie’s hair.

The message being that if you don’t want the remains of last night’s pizza embedded in your backside, nor to risk sliding off a Moggie bonnet into a muddy puddle, nor to spend a happy half hour stuck to the shinny office wallpaper ala the wall of death – perhaps you’d better stick to gay sex.

These are very curious values to be passing on by a society that insists children under 12 shouldn’t see sex scenes before 9pm.

Have I just been unlucky with the past episodes I have caught up with, or this par for the course?

Having made some and therefore knowing what it ought to be like, I never
watch television to-day (except for Wimbledon).

My mother was addicted to Coronation Street, Dallas and
the quite elevating Dr. Finlay’s Casebook.

The only soap opera I’ve ever watched on my own account (so to speak) was a
single episode of Little House on the Prairie ;  a virtual
holiday for two in Detroit for guessing the title of the episode …

Don’t know. I never watch them. I prefer Josephine, Ange Gardien myself. It
always has a Happy Ending.

By the way, it is bluddy freezing here. Ice and Snow in the famously
temperate Vallee du Blavet. Never been known before, especially not in
November.
Must be Global Warming.

To JimS you are spot on!!!!
Heterosexual activity is now considered
wrong but there is a silver lining!!! Increasing numbers of British men are
coming to the realisation that many British Women are MAN-HATING FEMINAZIS and
are instead looking abroad for women as wives and mothers for their
children.The result wil be that British women will only be able to turn to gay
men, thugs or new man nonces as potential fathers. Real men who want to be
proper husbands and fathers are discovering their power in the rejection of
Anglobitches ( google Anglobitch)

Yes, you are getting the message!

The brave new world of the marxist media will be when families consist only
of lesbian couples fertilised with the sperm of certified organic gay men.
Everyone else will be exterminated like the vermin they are.

Oh, and hasn’t ‘East Enders’ been vile from day one? Bring back ‘The
Appleyards’!

hi this tips is very helpful for me

Rather than “par for the course?” I think you meant “par for the coarse”
‘cos whenever I happen across any of these programs that’s all I seem to see.
If there was ever a shred of good taste in any of them it’s long since been
removed.

I don’t watch the aforementioned soaps, so I can’t possibly comment. I have
better things to do – like watching the ‘The Ð Factor’ and ‘Home And Away’ –
and listening to soothsayers like Beeby See. Could someone please point me in
the direction of the fish in the picture? I’m feeling rather peckish, and a
few herring would do nicely..

Both programmes are unwatchable – if you’re halfway sane. Or have any
taste.