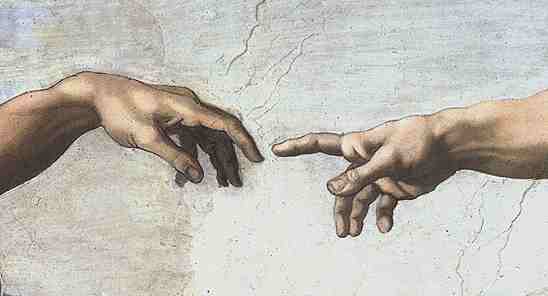 This morning McGod will arrive to perform her teaching duties at the Scottish Episcopal Church in a neat pleated skirt, high heeled shoes, and an immaculate white lace blouse. It will come as a shock to many of her âchildrenâ who had been used to referring to him/her as âFather, Son and Holy Ghostâ.

Ms McGoddess, as she wishes to be known in future, has asked for privacy and understanding whilst she undergoes the difficult gender transition.

The Rev Darren McFarland who has been supporting Ms McGoddess throughout this traumatic time, admitted âThe changing of Godâs language is a little trickyâ but henceforth she may be formally referred to as âCreator, Redeemer and Sanctifierâ.

The main book in the childrenâs curriculum, The 1982 Liturgy has been altered, and words such as âLord, he, his, himâ, and âmankindâ reworded to reflect her new gender alignment.

Whilst many, including my good self, had suspected for some time that McGod, and his/her cousin God, were in fact female, we had respected their privacy and not drawn attention to the telltale clues; however, the minutes of the Faith and Order Board of General Synod and the College of Bishops reveal that Ms McGoddess was âoutedâ during a heated exchange when some female priests asked why she was still referred to as a man.

The finger of McGoddess wishes it to be known she will be having a manicure at 6pm and will not be able to preside over Vespers.

I wish her well in her new life, and trust she retains the sense of humour I have always admired her for.

– And the say the silly season is over today â obviously not!

I have always been a great admirer of the various god squads ability to
waste much time talking about their particular flavour of sky fairy.

Of course God should be referred to as she. What man with the power would
not have given himself some novelty boobs to amuse himself during the days of
life eternal.

Being Transgender is the new Gay

If âGodâ forgives all sins, surely he/she/it will overlook a little gender
misunderstanding.

Maybe Gildas can enlighten us?

Forgiveness is dependent on repentance.

I can assure you, God the Father will overlook nothing.

Excuse me while I proceed to empty the contents of my gut and bowels
on
the next vicarette who wants to be God.

If a club,church,organisation does not want old ,fat,drunken smokers,
I
dont join it

Move on for heavens sake.

I can promise you that no church that didnt welcome old, fat drunken
smokers would allow my Gildas near it!
Whilst I hesitate to use the word,
I can assure you both he and i belong to veryâ¦liberal orders!
Must go â
sambuca time!
In love and light
Sister Eva

About time it was updated G! Nicely done!

My Abbot is very progressive and has come up with what he calls a âmodernâ
version of the Lords Prayer, thus:

Our Non gender specific Deity who may, or may not, exist
Who is down
with the kids in Heavan (if one exists but it could be that it doesnt but if
it does itâs wholly inclusive with a drop in open door policy
anyway)
Hallowed be thy Job Description
A Democratic Multicultural State
with no overtones of Monarchy come
Thy Will be done subject to formal
ratification by the National Executive and the Human Rights Act
On earth as
it is the the alleged Heaven, which as we have established may well not
exist
There is no need to forgive us this day our trespasses because morals
are relative, so thatâs cool
As we forgive those who trespass against us
against us but we will still give them an ASBO and counselling
And lead us
not into temptation because that suggests that there is right and wrong and
these are purely relative concepts
But deliver us from Evil, which does not
exist
For you are redundant
Amen


Donât think it will catch on
Gildas

Have a care, Sir.

May I suggest a caption for your picture:
âPull my fingerâ¦â