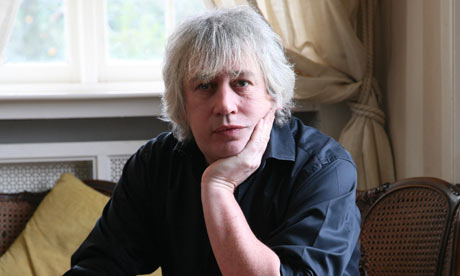 In a crowded field of insecure journalists who denigrate bloggers whilst avidly devouring every word we write – and frequently repeating them unattributed – Rod Liddle stands head and shoulders above every last man, woman and trained monkey employed to fill the space between the lucrative advertisements for walk in baths, incontinence pads, and slyly worded contact numbers for ladies – and small boys – of the night.

No wonder that they end up feeling so morally superior to those of us who write for free – and enjoyment.

The task for those of Liddle talent is to lure the unwitting, or perhaps the witless, behind the pay walls of their puppet masters; to create controversy, masquerading as high brow intellectual opinion, and pray that whilst there they might discover a pressing, or rather clicking, need to upgrade their ‘lift and rise’ armchair; for it is on the sale of those desperately boring items, rather than their gilded words, that the entire financial future of ‘professional’ journalists rests.

A future which is disappearing down the pan faster than you can say ‘talentless incontinence pad salesman’.

Why have I singled out Rod Liddle this morning? Well, from behind the paywall that Murdoch has secured round his salesman, has escaped this gem, courtesy of The Englishman;

Just who is Guido Fawkes, aka Paul Staines — the semi-literate, extreme-right-wing, public-school-educated, foreign-born former bankrupt and convicted criminal blogger whose ineptly written innuendoes may yet put an end to the career of one of Britain’s better politicians, William Hague?
Well, Mr Staines is Bloggsville incarnate — the very essence of that vast network of talentless and embittered individuals tapping away at their keyboards in the intellectual vacuum of cyberspace, only occasionally leaving their computer screens to heat up a Tesco microwave-ready mini filled garlic and coriander nan bread with Indian dip selection (mango chutney, pickle, cucumber raita ) before returning to spew out some more unsubstantiated bile.
This is anti-journalism, and nobody takes any notice of it — except, of course, the mainstream media and the government.

Ah, Mr Liddle jumping into the William Hague controversy! A controversy picked up by the main stream media from that vast network of talentless and embittered individuals whose words he obviously follows closely from his ivory pay wall……I wonder why?

It is not the words of Guido he denigrates – but a personal attack.

‘Semi-literate’ – a fine choice of insult from a man who aspires to such literary gems as “So – Harriet Harman, then. Would you? I mean after a few beers obviously, not while you were sober.”

‘Extreme-right-wing’ – would that be as in fascist racist BNP loving right wing Mr Liddle? Mr Liddle, the man who the Press Complaints Commission censured for writing “the overwhelming majority of street crime, knife crime, gun crime, robbery and crimes of sexual violence in London is carried out by young men from the African-Caribbean community”.

‘Public School-educated’ – Yes, well, I suppose if you consider the Laurence Jackson comprehensive school gives you some sort of moral advantage in life, we’ll let you have that one.

‘Foreign-born’? was that a compliment to Guido hidden away in there? After all, you do say that you were employed at The Sunday Times as an ‘in-house lefty’ – so you must mean foreign born as an asset to our nation, a prop for our dwindling economy, yes?

‘Former bankrupt’ – ah, you read Tim Ireland too, do you? They do come in handy those darned bloggers don’t they? Especially when you are stuck for something to write to ensure that you don’t become a ‘Present Bankrupt’ yourself.

‘Convicted criminal’ – are you the same Rod Liddle that accepted a police caution for a ‘heated domestic incident’ involving your pregnant 23 year old girlfriend. Police caution v. convicted criminal – it’s not a stone I would have chosen to throw in your shoes, but then what do I know, a mere feral blogger?

When it comes to talentless and embittered individuals operating in an intellectual vacuum, I have to hand it you, you have us mere bloggers beat hands down. We cannot compete at your level.

I dare say Guido will go on chasing stories into your tent – and you will go on skinning them and claiming the credit.

“This is anti-journalism, and nobody takes any notice of it

I think, though, that Clarence might have been polishing his talent for
irony as Liddle had used ‘semi-literate’ & you fell for it. Also, fascists
are left wing. Mussolini invented them and he was a Communist before. The BNP
are certainly left wing and Labour hates the idea as it sticks too close and
too accurately to them.

To be fair to Guido, the main thrust of his interest is in why a 25-yr old
DRIVER should suddenly become a presumably highly-paid FOREIGN POLICY advisor.
WHAT skills and knowledge made him so suitable for this role ? The speculation
about “relationships” came from the sheer unlikeliness of his appointment. He
said on radio that he asked whether there was room-sharing because he already
had a highly reliable report that this was the case.

Hague at the very least has been silly, he opened himself to this
speculation. I write as an admirer of both Hague and Guido.

Well, that was pretty lame. What is wrong with writing a personal attack on
Paul Staines? He is far from prepossessing and his “Hague is a homo” stuff is
less than inspired.

Take your word for the title Anna, sounds about right anyway, pompous
twat!

When you’re in this mood Anna, give me fair warning and I’ll take
cover!
What’s the word I’m looking for? Let’s see….dictionary definition of
“concise but terse”……ah yes, “succinct” should cover it nicely!
Cracking
prose.

I wonder when we are going to see some grapks of Timesonline readership
pre/post the paywall?

Good stuff!
It must be getting increasingly desperate behind Murdoch’s
“peewall”. But I’m very happy bloggers are on the outside pissing in,
especially at a loathsome & washed-up “trained monkey” like Piddle.

Fair enough, Englishman. I was only speculating.

Speculating! Only accredited members of the media with a ‘Press’ card for
their trilby are allowed to do that m’laddo.

The police caution is so charming. Beautifully written piece (but, if you
can be bothered, “you have we mere bloggers” should be “…us mere
bloggers”).

Me just semi-literate blogger, bow to anyone who knows better – change
instantly…..many thanks!

If the small amount we know (the paragraph quoted) is contradicted
elsewhere in the article, perhaps the incident will be used to illustrate how
the bloggosphere spreads partial information without checking the
facts.

The Englishman often quotes from the Times, so I’m assuming he’s given
Murdoch his shilling. I’m not aware of him being accused of quoting out of
context before.

Just to confirm that the bit quoted is the entire article – some one has
to report from behind the wall. I gain access by being a print subscriber –
breakfast without a freshly ironed copy of The Times wouldn’t be
breakfast.

Thank-you Englishman – your confirmation is much appreciated.

Great post, Anna – and the title alone deserves some kind of award!

Really great article…I come here every day.
A small aside, though, which
I posted in EUReferendum:

“Regrettably, the word ‘racist’ has joined ‘Nazi’ & ‘fascist’ as a
gratuitous insult to those with whom one simply disagrees…on almost any
subject…and is used as a weak & stupidly lazy substitute for intelligent
argument, in which we already know that the first to lose his/her temper, has
lost it.”

LOL epic take-down, well done Anna. I am not afraid to twist my sentences
with grammatical nonsense – after all I am just a blogger and I the lowest
form of scum on this earth.

“…and I the lowest form of scum on this earth.”

You mean you also smoke?

This piece from Liddle really does smack of an aged part of MSN journalism
sruggling to cope with the growing influence of blogging. There are bad
bloggers, just as there are many, many journalists who are simply not good
enough. It is very easy to paint Liddle as a bitter old man who will reheat
last night’s Nigella leftovers before tapping out a rant for his pages.

The thought has just occurred that all we know is the above paragraph. I
wonder what the rest of the article says? I don’t wonder enough to pay
admission to Murdoch’s walled citadel, however. I also wonder if Rod is
looking to drum up interest with a bit of free advertising from bloggers
lining up to give him a shoeing. If the small amount we know (the paragraph
quoted) is contradicted elsewhere in the article, perhaps the incident will be
used to illustrate how the bloggosphere spreads partial information without
checking the facts. Not that this should bother anyone in the case in point.
Poor old Rod, maybe he just wants a bit of attention, and will be ego-surfing
google to see how much of a stir he’s managed.

“I also wonder if Rod is looking to drum up interest with a bit of
free advertising from bloggers lining up to give him a shoeing.”

That’d be my guess – a Twitterstorm to bring in hits.

The bit quotes is the entire unedited article. There was no more or no
less.

Guido does what he does. He goes in fast on what he sees and also worries
away at some things, such as politicians expenses. Given the high turnover
style and that he has to keep moving to keep readership clearly there is scope
for error. Those of us with a more measured pace who are truly amateur have
the luxury of being both slower and more critical. Out there for those
interested there is a huge amount of carefully considered expert stuff that
you simply never get to see in the old media. One recent example is the
information on the BP Gulf blowout. You get what you see and you have to
exercise the critical faculty. One deeply worrying thing for someone who has
been reading the press since the 1940′s is the degree to which has become
governed by its advertising needs and the political requirements of its
owners. Given that a lot of journalism now arises from underpaid trainees and
others who know very little and whose capability for analysis or understanding
is distintly lacking the internet now provides something of what has been lost
from the past.

I read that too Anna, and thought it was a bit rich. I leave aside the
questions of Guido’s veracity or whatever – I am not qualified to say, and
don’t know. I also admit that on occasions the adulterous Mr Liddle (quite
some history there, Rod) somewhat amuses me.
However, as a blanket attack
on “bloggers” it seemed odd – snooty, ill informed and patronising as only a
lefty media luvvy can be. There is plenty of invective available – but is
invective not legitimate and useful and purposeful? Or is it not, in fact, the
right of the disgruntled citizen? And there are plenty of interesting,
informative and well written pieces on the blogs that I read (this of course
being one). I do not agree with every word, but I am often provoked and
interested.
So what’s up with “Chicken Liddle”: afraid of some competition
perhaps?
Must dash – microwave’s just gone “ping!”
Gildas the Monk