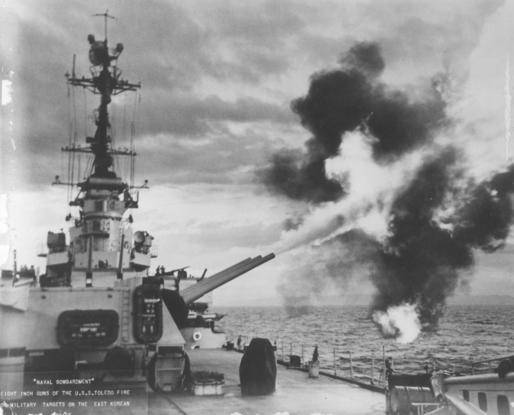 It was with the growing sense of despair, dismay and distaste that I read the following in the Spectator:

Westminster might be in holiday mode, but behind the scenes the coalition is preparing to take on the new Labour leader. As I say in the Mail on Sunday, the coalition is determined to hit whichever Miliband wins early and hard. The Cameroons believe that Tony Blairâs decision not to attack Cameron straight away in 2005 was crucial in allowing him to present himself to the public on his own terms. By contrast, both Hague and Duncan Smith were made to look like losers by the Labour attack machine within months of becoming leader of the opposition.

The result of the Labour leadership election will be announced on the 25th of September. But as the Waarsi Huhne press conference this week showed, with its demand that the leadership contenders return their ministerial severance payments showed the softening up work is already starting.

From the beginning of September, a new CCHQ operation will issue quotes from ministers that are too political for civil servants to handle and pump out opposition research. The aim is to associate the new leader with Labourâs failures and to force them to say what they would do differently.

The new Labour leaderâs first few months in the job will be crucial. Labour has ticked up in the polls since the election. If a new leader can get through to the New Year without incurring much damage then the opposition will be in a strong position. But if the coalition can do to him what Labour did to Hague and Duncan-Smith then it will have the political breathing space that it needs.

This, to me, summarises exactly why government is such a bad thing. At no point in the foregoing article is there even a hint or whisper about what is good for this country and the long-suffering voter and taxpayer. This government is purely concerned with slapping down the opposition so that it can push its agenda. The opposition, by implication, is not interested in what the country needs either, all it wants to do posture against everything this government is doing.

I realise that itâs the job of opposition to oppose, but it seems to me that since the advent of Blair and his familiar, Cameron, politics has become a matter of expediency and sound bites, with government drifting aimlessly on a sea of opinion polls.

In reality, I would normally think this is the best way for a government to be, but we, as a nation, cannot afford to drift aimlessly while we head for a one-and-a-half-trillion debt burden. The faux furore over Osborneâs supposed âcutsâ, which are nothing of the sort, just shows that politicians have entirely failed to grasp the idea that there is no money tree and that actually, things look grim. Our âleadersâ seem to think that by slowing down from 186 miles per hour to 180, we wonât go straight over the cliff in front of us.

When the real crash happens, politicians will say âwe could never have predicted thisâ. Well, if I can predict this, anyone can. You just have to move out of your la-la land for a few minutes and look around.

But in the mean time, Cameron and Clegg (and Miliband), do keep on expending all your efforts on your political games. Donât worry about anything else, will you? Itâs clearly not important.

My previous comment was pointing out that ALL politicians are at fault not
just the ones that have just left office! Also backwoodsman should have
someone qualified check his memory because clearly it is faulty, the Tories
were ousted from power because they were convinced that they ruled by divine
right and unreasonable requirements like listening to the people and doing
what is best for the country should be ignored. Thereâs only one thing worse
than a bigot and that is a blind bigot, add in a selective memory andâ¦

All politicians invariably suffer from this disease. The only thing that
varies is how long it takes them to succumb to it.

Some people who know a lot more about economics than me suggest that if we
calculate all the Enron style accountancy fiddles as well (things like
pretending the pensions time-bomb doesnât exist), the National debt is way in
excess of 3 trillion already.

yup â itâs simply a question of who goes first, and whenâ¦â¦â¦(not âifâ)

oh â for the macro-view of who will come out on top â keep an eye on
Chinese rearmamnent. Pretty soon they wil be able to simply take Taiwan back
and the USA will be able to do nothingâ¦.and then watch them refuse to buy
any more US Giltsâ¦. truly we are fucked â we just donât realise it
yetâ¦â¦.

Oh, and some cheap Vodka wouldnât go amiss. No chance of that with Cameron.
But then Brown wasnât keen either. Secondhand Socialists if you ask me.

The Russians arenât happy about giving up Socialism you know. They donât
get free coal anymore.
I could do with some free coal.

The problem is not really the Labour party.
The problem is the socialist
belief system which has been increasingly embedded in this nation since the
early part of the 20th century.
Even worse is the socialist belief system
which is deeply embedded in the Tories! They seem to be content with debating
about what sort of socialism the nation should have whilst they are in
power.
If the Tories had spent some of their previous time in power, and in
opposition, making a clear argument about why socialism/welfare WILL ALWAYS,
ALWAYS, ruin a country, then we might have more intelligent voters.
Sadly
far too many voters just want someone to look after them, ie. they are
indoctrinated and infantilised by welfarism.

vote for Bob ! this pretty much sums it up.

Whilst the sentiment is admirable, it rather skates over the large elephant
in the room, ie that the Tories have to deal with the socialists. Labour are
not just a normal political party, who believe they can run the railway more
efficiently than the next party. They are a group who wish to exert control
over every facet of our lives, with their poisonous and discredited
system.

I think your right backwoodsman.

âAt no point in the foregoing article is there even a hint or whisper
about what is good for this country and the long-suffering voter and
taxpayer.â

Perhaps the best possible thing the collation could achieve, more so than
any government initiative, is the complete destruction of Labour and the
socialist mentality.

Perhaps they should go after the teachers unions and the BBC with equal
vigour.

The priority of a political party is to get elected as the government, by
whatever means. When in government the priority is to stay elected. While in
power the next priority is to make policy and decisions that achieve one thing
only â to appear to be doing something, sometimes even enough, to ensure that
you stay elected. As Thaddeus says anything else is unimportant. As for
predicting a crash, the missing scotsman GB (where is he now?) should and no
doubt did see the disaster of the Banks coming but chose to ignore it. Perhaps
he turned a blind eye, after all he could! Give me a politician with a real
sense of duty to the country and Iâll show you a miracle, my God we need one
now.

I completely agree with the sentiment Thaddeus â but isnât that just
politics and the way it has always been?
Or is the modern âspinâ and
âbriefingâ if not a radical departure, then the hyper extension of what has
always gone on?
Like so many of my order, I seek enlightenment, but must
run for the train!
Gildas the Monk