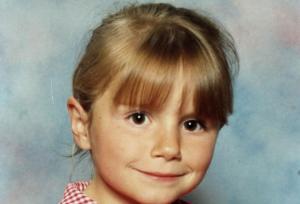 I was reading this excellent post by Ben Goldacre and it inspired me to reflect upon the curious nature of “prevention”. In this post, Ben says:

According to the Home Office, Sarah’s law – which lets any parent find out if any adult in contact with their child has a record of violent or sexual crimes – has “already protected more than 60 children from abuse during its pilot”. This fact was widely reported this week. As the Sun announced: “More than 60 sickening offences were halted by Sarah’s law during its trial.”

He then goes on to delve into how they worked this number out and point out the discrepancies between the rigorous academic exercise and the number eventually trumpeted to the media.

It highlights a problem so frequently encountered when dealing with the words of authorities, whether it be councils or government or “charities” claiming a success for their meddling in our lives. You really have no idea as to whether an intervention has prevented an occurrence of something bad, all you can do is see when it fails. So if “Sarah’s Law” (or whatever is being trumpeted that week) fails at any point, “experts” will pop up and say: “Yes, it did fail in these 27 cases, but it also protected 2700 children.”

And the problem is that whatever your thoughts on the merits of “Sarah’s Law” might be, this tactic is used to justify every intrusion of the state in the quiet and ordinary life of the vast majority of people. The truth of the matter is that every action by the state or by anybody can have unforeseen consequences. The Criminal Records Bureau (CRB) check introduced after the awful murder of the two Soham schoolgirls ultimately has already failed to protect in several cases and has also caused a large number of people who were marginally interested in volunteering for genuine acts of charity to be dissuaded from doing so. I have no idea what will happen with this insanely invasive legal nonsense, but there were projections that fully one-quarter of Britain’s population would have to undergo a CRB check for one reason or another. As a parent, I am obviously very concerned about something happening to my child, but “terrible things” happen to a handful of children in the UK every year, so I cannot understand why 15,000,000 people need to be checked.

The response of the state is inevitably completely out of proportion to the size of the problem and it invariably does little to deter the determined pervert. In exchange for deterring a handful of less determined perverts, millions of people either have to undergo a ridiculous invasion of their privacy and risk a misleading, massive stain* on their character or choose to walk away from helping children, the aged or the disabled because it’s the straw that broke the camel’s back.

The next time you see these imaginary numbers, ask yourself whether you really believe them.

*The enhanced CRB check can be failed because someone has made an unproven claim against you. Thus, mere gossip and hearsay is enough to get you excluded from helping out with people who need your help, and once you’ve failed, you are “damaged goods” forever.

the time is coming to an end of individual rights in favour of the
collective…….. hopefully in a positive way……. if not, then tough….. that’s not
me talking, either…… that’s history

Can anyone explain the mechanics of “Sarah’s Law” ? Lets say a woman
suspects her boyfriend is/was a child molester at what point is she allowed to
ask for a check to be carried out ? Does she have to have moved in with him ,
slept with him or just had him buy her a nice meal ? What evidence does she
have to provide they are in a relationship ? If not is needed what is to stop
someone using this method to check out every man they think looks suspicious
on their council estate ?

http://www.cambs.police.uk/help/disclosurepilot/
[…]
(The
briefing continues with FAQs[…])

Ohh – indeed it does. I find this one particularly interesting:

is the pilot Sarah

As I understand it, the ‘Law’ allows parents to ask the police if someone
who has regular contact with a child they’re responsible for if
they’re on the Sex Offender’s register.

I’m fairly certain Roy Whiting didn’t fit into the category of “those with
regular contact with Sarah.”

PJH,
You have of course hit the nail on the head – as a lot of people
have been trying to point out sicne this change was first mooted.
Sarah’s
law will allow those who perhaps have a new partner who is on the sex
offenders register to find out that fact – but then the probation service
normally keep an eye on such people and alert the new partner in any
case.
Nor does it alert parents to the presence of paedophiles who are
not on the register -a nd may give a false sense of security.
It wouldn’t
have stopped Roy Whiting, but it all makes for good newspaper
coverage…..

I didn’t commit a single illegal act yesterday. And not a soul noticed.

i i, and welcome to Dystopia.

Similar nonsense statistics can be generated about almost anything.
Consider a uniformed policeman standing on a street corner at night,
apparently doing nothing except stand there. What is the radius of his
deterrent effect? How many crimes within that radius has he deterred just by
being there? It’s impossible to know. But as you point out, TJW, that won’t
stop vested interests from plucking some figure out of the air. In fact, my
scientifically based study indicates that 76% of all statistics are dreamed up
on the spot.

Apart from all the other objections to this kind of legal nonsense, this
approach can create a completely false sense of security and allow parents and
organisations to switch off ordinary commonsense, since they can point to a
document and say Well, it says s/he is perfectly safe. Sarah’s Law and CRB
checks will pick up the Ian Huntleys of the world, and maybe the Thomas
Hamiltons, with previously logged bad behaviour, but they are the minority.
Most child rapists and child murderers will have no previous convictions of
any kind.

Oh, and the annual rate of murder of children by strangers has remained
remarkably steady since records began. Children, statistically, have far more
to fear from their immediate family and no one’s checking them.

Believe me any State official is now allowed to introduce gossip, hearsay,
forgeries and perjured statements into Court. Largely because it is easier
that doing diligent work, and only gets in the way of exercising power of the
vast bulk of the population.