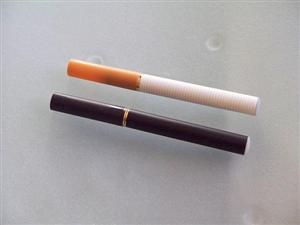 Frank Davis and Leg Iron are predicting a ban on E-cig sales based on a letter from Sussex Trading Standards written by a Helen Wade. In her letter Ms Wade said that e-cigs would be banned within 3 weeks on the say so of the Medical and Healthcare Products Advisory Agency.

Of course the utterly odious Ms. Wade was lying, the MHRA were not asking for a ban. In their report they were merely suggesting that e-cigs should be regulated as a healthcare product which brings it under their remit. In other words it’s a money/power grab by yet another quango that no-one has ever heard of. The report (if you can call it that) suggests that the e-cig suppliers will need around 27 grand to test and license the product and they calculated that half of the 40 odd suppliers of e-cigs in the UK are too small to afford it so they’ll go out of business but the other half, in anticipation of extra sales, will swallow the cost. Nowhere did it suggest that a ban was imminent.

Wade’s gleeful motivation appears to be that she wants more resources to enforce the ban even though, to the best of my knowledge, none of the suppliers are based in her area.

However on reading the report it throws up some interesting facts. For example they said that the difference in life expectancy between a smoker and a non smoker was around 3.5 years given that, according to the ONS, life expectancy in the UK is nudging 80 years that means the righteous non smoker will have 3 more years staring at the tv and sitting in a puddle of wee ahead of them than a smoker. Oh joy, I can hardly wait. And statistically (and according to research) these righteous non smokers are more likely to be suffering from Alzheimer’s.

Proof? Ok lets’s give you some quotes from actual studies: “A statistically significant inverse association between smoking and Alzheimer’s disease was observed at all levels of analysis, with a trend towards decreasing risk with increasing consumption” (International Journal of Epidemiology, 1991). “The risk of Alzheimer’s disease decreased with increasing daily number of cigarettes smoked before onset of disease. . . . In six families in which the disease was apparently inherited . . . the mean age of onset was 4.17 years later in smoking patients than in non-smoking patients from the same family” (British Medical Journal, June 22, 1991). “Although more data are needed . . . [an analysis of 19 studies suggests] nicotine protects against AD” (Neuroepidemiology, 1994). Nicotine injections significantly improved certain types of mental functioning in Alzheimer’s patients (Psychopharmacology, 1992). One theory is that nicotine improves the responsiveness of Alzheimer’s patients to acetylcholine, an important brain chemical.

Oh dear. Notice that even the BMJ was in there before they got all politically correct, started to ignore peer reviewed science and lost the trust of the public.

So given the fact that nicotine appears to have health benefits why is the MHRA getting its tights in a tangle over e-cigs which deliver it safely and with no adverse side effects, particularly to third parties? According to the report it’s because an (un-reviewed) piece of research in the US suggests that carcinogens were found in the steam the e-cig supplies. Yet according to proper research undertaken in New Zealand by the University of Auckland, the researcher, Dr Murray Laugesen, said: “..[people] are not going to die from an e-cigarette – but they could die tomorrow from a heart attack due to their smoking. The carcinogens that we have found are in very, very small quantities, just above the level of detection.” Another clue was found in the fact that the MHRA report appears to have been sponsored by Johnson and Johnson who make Nicotine Replacement Therapy (NRT) products and who stand to lose a lot of money if e-cigs become a popular form of giving up smoking. Note that in the report there was no mention of making tobbacco illegal nor of bringing it under MHRA control (which begs the question as to why.)

What was interesting was that the report states the effectiveness of these existing NRT products (inhalers, gum, patches and lozenges) as 5%! In other words they are statistically proven NOT to work as 5% is barely above ground noise.

On the other hand if the e-cigs are approved then, according to the report, they must be offered on the NHS next to (and in most smoker’s eyes in preference to) the current wildly expensive solutions offered by big pharma. I’d love to see Arnott’s face if that happens.

So basically we have a money grab from a quango, based on nudges from big pharma who stand to lose a lot of money, which in turn is interpreted as a prelude to a ban by a thoroughly reprehensible public ‘servant’.

It’s all a bunch of bored lawmakers with personal agendas…

Thanks, just wanted to add that my surgeon does think cancer can be
triggered by trauma, in my case the sudden shocking death of my husband in
front of me three years ago. He thinks it knocks your immune system out giving
cancer cells a chance to grow and, when I thought about it, after the funeral
I was ill for about two months with what seemed to be a bad cold that I
couldn’t recover from. Also my friend developed gullet cancer within a year of
his daughter’s suicide so maybe there is something in it. Still undeceded
about the surgery though! can’t believe I could be seriously ill when I feel
very well.

I have early stage lung cancer found by accident. I am also a lifelong
smoker, I am fine at the moment no symptoms but the surgeon recommends removal
of the small nodule as, although given size and location it is umpossible to
get an accurate biopsy, it is likely to be a cancer. This, in my case is major
surgery, and he suggested I try to stop smoking before I have it due to
increased risk of pneumonia although he said not to stress myself even more if
I can’t. I found it impossible because I didn’t really want to stop, nothing
worked until I bought an e-cig. They are really good and the only reason I can
think the fanatics want to ban it is because they haven’t found a way to tax
it, they make me sick. Although the risks were not widely known when I started
to smoke I have long been aware of them and choose to smoke. The alternative
is not immortality and we all have to die sometime. My mother never smoked and
had strokes and dementia dying at 72, her sister, who smoked since age 10 is
in her 80s, still smoking and doing fine so who knows. I am beginning to think
I won’t have the surgery and just see what happens as I am afraid I might be
left worse off.

The best of luck to you Marie19, I sympathise with your views. I have a
standard answer to all the people who feel free to say ‘don’t you know that
cigarette is killing you’, it is – ‘what would you like me to die of?’.

I don’t smoke, but I can’t see what all the fuss is about and why the
government wants to stop it.
I find it hard to believe that the NHS costs
are higher for smokers than non-smokers, most people seems to spend some time
in hospital before they die, the only difference seems to be that they are
treated for different terminal illnesses.
And if they do die sooner, what’s
the government’s problem? Surely there would be a considerable saving in
pension expenditure as well as a few years NHS savings that would be incurred
if the lived longer.
Logically, as they’re broke they should be encouraging
everyone to smoke like mad to bring in the taxation and cut long term NHS and
pension costs!

Re snus: of course it is tobacco, so won’t be affected I presume. i.e.
online purchase will be available but of uncertain legality.
Presumably
snuff, getting more popular and sold in the UK, will be unaffected.

Eleanor, there have been several investigations into the use of health
resources by smokers. One recent one I remember was a Dutch simulation. Try
googling smoking dutch simulation health reources. These investigations have
all concluded that the “healthy” consume the most: because they live longer
and die more expensively; or that the difference is negligible. This doesn’t
take into account tobacco tax or pension payments, or the costs of old age
care not defined as medical. Those who claim otherwise add up the costs of
treating smoking related diseases without subtracting the costs of treating a
larger number of “healthy” people. They know very well what they are doing.
They do it to get promoted, get honours etc.
Will the position on snus
change? Until a few years ago, Swedish companies would not ship to the UK. Now
they do. You just risk your parcel being confiscated.

If, as we know, smokers pay massive taxes and are less likely to get
Altzheimers Disease, thereby aiding the NHS on two counts, why are they trying
to stop smoking? It doesn’t make sense.
Or am I missing something here?

The consultation is more wide ranging than ecigs, it’s about closing the
recreational nicotine market completely (except tobacco) which removes all
competition to tobacco and pharm companies. Medical licensing costs over

Why should they remove nicotine. It’s perfectly safe. Not even a
carcinogen.

I doubt if it would make much difference, if Lauren Colby is right, and
that what smokers like is… smoke.

I’m starting again when /if I get to 70! I last smoked 30 years ago, but
the anti-Alzheimers effect sounds too good to miss out on.
Fuck the health
fascists, bugger the patches, screw the electro-fag (not a real man’s
cigarette), it’s Capstan navy strength for maximum life-expectancy for me!

And I thought smokers were supposed to die 10 years earlier than
non-smokers, not 3.5 years.

We have been fed such a mixture of misinformation and disinformation from
so many sources that the whole subject is surreal. Perhaps we could start
and then perpetuate a story that smokers cost the NHS and Welfare Services
less than non-smokers whilst gaining medical benefits. After all, what’s one
extra myth to the brew going to do?

Not as daft as it might sound.  Nothing costs the N.H.S. anything
but, if we speak of the Treasury, the combination of smokers

Ask Leg-iron. He tries out all the flavours. Which include
chicken, I believe.

Interesting about the Alzheimers there, thanks another good piece for the
archives!

Just done an hour running hills and on the treadmill, as I do most days
now. Had a fag after, and just having a glass of wine. Madness or Yin and
yang? I dunno. Tufty, I also think sometimes I do it just because I am told I
shouldn’t!
G the Monk

I’m not a smoker, but I sometimes wonder if I ought to become one if only
to stick two fingers up at the health fascists. My father gave up smoking,
lived to the age of 91 and ended up sitting in his own pee not knowing what
day it was. He loved his pipe of tobacco – so should he have have carried on
smoking and damned the consequences? I think he probably should have.

“According to the report it

We are all afflicted by a cancer that will be terminal unless radical
surgery is carried out very soon; the cancer is known as ‘the public
sector’.

I bought my first E fag about a week ago, and very good it is too. I now
smoke fags outdoors and E fags indoors, does that give me 8 years grace on
Alzheimer