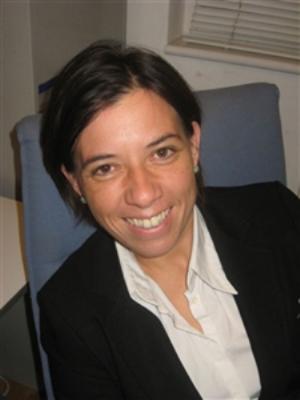 The determinedly ‘Ms’ Ceri Goddard is in the news again.

One of the guiding hands behind Harman’s feminista movement for equality legislation, she is the original dripping faucet on the subject of equality for women.

It was Ceri and her fellow harridans who pushed for more full time employment for women. The idea that women should be at home looking after the children was anathema to them.

It was Ceri and her fellow harridans who pushed for child benefit to be paid directly to women – wife beating husbands would only drink the money they claimed.

It was Ceri and her fellow harridans who pushed for tax credits to enable more women to bring up children without the helping hand of those hateful men.

It was Ceri and her fellow harridans who wanted public money to be paid to women to enable them to afford child care and take a full time job.

They have been remarkably successful.

65% of employees in the public sector are now female. There was no complaint that this discriminated against men.

70% of the benefits bill is paid to women in various forms. There was no complaint that this discriminated against men.

Now Ceri is behind the request for a judicial review of the government’s recent emergency budget on the grounds that it discriminates against women.

Because Ceri and her fellow harridans have pushed for 65% of public service jobs and 70% of benefits to be paid to women and thus ‘they will be disproportionately affected by the cuts’.

To paraphrase A A Gill – On your bike, Ceri.

To spiral architect. ” Feminism is destroying Britain”. Never was a truer
word spoken. !!!!
And before anyone says that I am a misogynist , I was
more than happy to vote for Mrs Thatcher because she had more balls than that
trecherous NEW MAN NONCE Neil Kinnock.
Would it please be possible for us
all to start using the term NEW MAN NONCE to describe any man who panders to
feminists. I am sure that it will annoy the feminists and give comfort to
those men and women who see the danger of Feminazism… Sorry Anna second rant
now over…. it’s getting to be a bit of a habit…

So, the public sector is staffed mainly by women eh?

It may also be a coincidence that academia is as well. Try surfing on the
web-site of any university, and look at details of departmental staff – both
academic and administrative………with conservatives guesses I would estimate that
women comprise 66% of the former and 90% of the latter.

So with both academia and the public sector dominated by women is it any
wonder that the nation has descended into a crevasse of craven self-interest
and maddening inefficiency?

Is it also any wonder that the nation’s birth-rates are declining – apart
from the muslim stay-at-home mums……….with, it must be said, far-reaching
concomitant social effects.

The bloody Fawcett society are complaining that the cuts discriminate
against women ? Tough luck . Why is it that British feminists think that the
taxpayer ( 90% of taxes are paid by men ) should pick up the bill? Why don’t
they take a leaf out of the book used by Dutch women who stay at home to bring
up their children properly and pay half the bill when you take them out? That
is the sort of equality that even an old fashioned man like me would
support.
Message to feminists
Open your own doors , carry your own bags
and pay your own bills you thieving bitches!!! Sorry rant now over. Good post
Anna.

Anna, you really should have warned us that this post was accompanied by a
disturbing image just underneath the title.

The Coalition needs a push to scrap, the appalling, discriminatory Equality
Act. Maybe this ridiculous (but, legally, entirely plausible) challenge will
provide it.

How bizarre
Although I am not an expert on the weird and wonderful world
of Judicial Review, I would have thought that the argument is so evidently
logically flawed and specious that it would not get past the “permission”
stage. However, if they employ Cherie Booth or one of her mates from Matrix
Chambers, it may do – not because of their skill, it’s just that there’s a bit
of an “inn- crowd” thing going on (see what I did there?).
if I tried to
run an argument like that in front of a district judge in Backwood County
Court I would be dismissed out of hand, and rightly so.
Gildas the Monk

And as if by magic – from today’s Guardian….

The Fawcett Society, which believes the plans “risk rolling back women’s
equality in the UK by a generation”, is being represented by
barristers from Matrix Chambers, which was co-founded by
Cherie Booth, wife of the former prime minister Tony Blair.

Ohhh I bet you wish you’d popped into Ladbrokes before you posted
that :0)

I hope those barristers are men because this topic is far too difficult
for women to think about without hysteria or fainting fits.

Would the splendid Millicent Fawcett want her name to be associated with a
body apparently dedicated to replacing women’s dependency on men with their
dependency on the state? I think not.

Time Commitment: 2-3 days per week, 4 months (until end of October)
*
Support the delivery of Fawcett