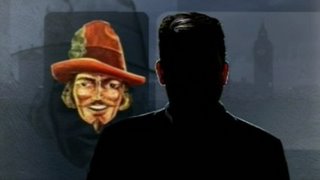 The MTV reality show âJersey Shoreâ is in trouble. The characters in the show, who drink, shout, and wallow noisily in hot water, refer to themselves as âGuidosâ or living a âGuido lifestyleâ.

This is not a term that is well known in the UK:

Hmmn, we have âGuidoâsâ in the UK, we just donât recognise this US definition of the word.

It seems that in the US there is an updated definition of a âGuidoâ, like this:

âOf course, to the young people on the show, the term means something slightly different, something linked to being a fun-loving, well-groomed, sun-tanned gym-frequenter.â

Iâm still having trouble with the US definitionâ¦.

You still donât have it right. Here is a much better definition from the
Urban Dictionary:

âThe Guido is an entirely American phenomenon, with its epicenter in the
New York/ New Jersey metropolitan area. Although most of its examples are of
Italian-American descent, many times other ethnically ambiguous Caucasians
will follow suit in an attempt to achieve an identity- in fact any identity.
The Guido is highly recognizable by his attention to muscular development,
status symbols, and regional dialect. Guidos are fortunate in that they
usually tend to be loyal to their heritage and cultures. However, their
interpretation of the Italian culture is unique to Americans. They fall
sorrily short when attempting to emulate the sophistication of European-born
men. In fact, their shortcomings include a tendency toward alcoholism, legal
problems (usually related to assault, reckless driving, noise violations), and
an inability to compete in legitimate business. They are easily satiated by
tacky mall attire, drunken nights with similar-minded women, and nightclubbing
in the lesser desired beach towns such as Seaside Heights, New Jersey. In the
end, although they maintain a unique sense of identity and pride, their
superficial lives often leave them empty. The tolls of excessive grooming
products, STDs, and alcohol abuse age these specimens quite poorly. The time
spent in fitness clubs is usually far offset by their lifestyle choices.â

The term in use:

âAlthough he spends all his time in the gym and dancing in the clubs, that
Guido will soon be a burned out alcoholic working a thankless job, living
alone in his one-bedroom apartment in North Jersey.â

Ahem! Many may not know (and many more may not care) that The Smudd family
is so keen in its support of MotoGP that family holidays have been arranged
around the race at Mugello, Italy. Seated at the trackside for four
consecutive years I have heard the word âGuidoâ shouted at the professional
photographers as they zipped by on scooters.
Just sayinâ, like.

This is a canonical US Guido