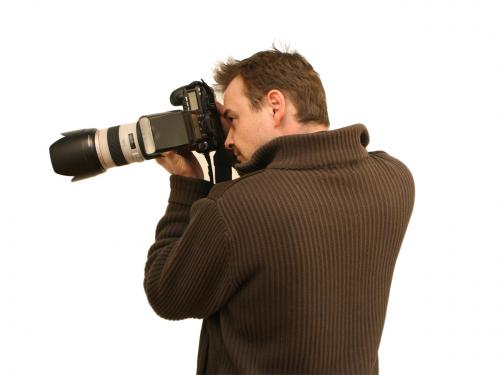 This is legal. End of story.

I’m really baffled by this:

The Metropolitan Police Commissioner Sir Paul Stephenson has reaffirmed street photography rights at a Metropolitan Police Authority Committee meeting last week, but was unable to guarantee that all police officers would interpret the law in the right way.

Sir Paul, are you perhaps implying that all police officers are congenital idiots? Or that they are wilfully stupid?

Just how difficult can it possibly be to tell all police officers that taking photographs is a perfectly legal activity?

I am happy to offer Sir Paul some free advice that I can guarantee will be effective in addressing the apparent stupidity and or intransigence of his force: the next time someone makes a complaint about a policeman harassing an innocent photographer, sack the policeman in question. Repeat as necessary. I can assure you it will not be necessary to do this more than once or twice.

But I suspect the truth of the matter is that the problem, as ever, resides at the top of the tree. The head of the Metropolitan Police Force is reluctant to enforce a fairly straightforward rule because Sir Paul himself doesn’t think that people should be able to take photos (or videos) willy-nilly, lest they capture something embarrassing. This is the only conclusion I can come to about Sir Paul’s reluctance to guarantee that police officers interpret the law in the right way.

And I’m afraid there is little that the average photographer can do about that.

Just another example of the promotion to the rank of chief officer of
police of a man from the ranks ;  it

I ought perhaps to have alluded to the most glaring example of what I was
describing :  the appointment of Mr. Tony Hall as chief executive
of B.P.  Yes, he should be fired but

I think you might mean Tony Haywood rather than Tony Hall, the
erstwhile BBC apparatchik and latterly Royal Opera House supremo unless
the former editor of Isis has moved on again?

But I do agree with your earlier point and always smiled when Ian Blair
was accorded the label of “intellectual” which I think in this context
only meant that his lips didn’t move when he was reading.

Yes, of course, Mick ;  I do apologize :  a
slipping clutch band in what I please to call my  mind.

Does this mean that Paul Stephenson considers ignorance of the law to be a
valid defence for all of us? If not, why not?

On sketching, the pseudo-cops of the Rail Enforcement fraternity are
already one step ahead of the game and have already inconvenienced one rail
user whom they considered was writing some very suspicious things.
http://www.portsmouth.co.uk/newshome/Musician39s-gig-list-deemed-suspicious.6159440.jp

If you want to ask Anna she should give you they Facebook details, if you
want.

As someone who is little more than a Box Brownie Snapper I have never had
the feeling that I was worthy of being duffed up by the Police, except in the
UK.

The Police in the UK are politicised.

Just who or what do they think they are protecting and why?

Anna, how come you haven’t scanned my recent portfolio available to you on
Facebook?

A lot of these incidents have been raised in the photography journals.

More often than not the incidents starts with a private security guard or
PCSO with nothing to do except direct tourists spots a man with a tripod.
Small IQ computes “Terrorist photographing public buildings to reveal security
loopholes!”. Man with tripod is challenged, and quite rightly tells the
guard/PCSO to piss off. PCSO loses face, and calls for real police backup.
Real police arrive, and have to chose between “supporting the side” and
supporting beardy irate photographer. Photographer also tells the real police
to piss off too, and is promptly arrested, taken to police cells, camera
confiscated (for evidence) ,searched and questioned for four hours, before
eventually being released.

Its the nitty gritty of real life, not the theory of top down
communications from the Cheif Constable. Plastic-policemen don’t know
anything, nor do pricvate security guards.

Go to http://photographernotaterrorist.org/ and download the Bust
Card and keep it with your camera at all times.

…are you perhaps implying that all police officers are congenital
idiots?

You can get some useful insights on this by browsing the comments on a
police blog!

I didn’t think of that actually….. Good idea

I know I posted it the other day, however it is a developing story. I’m off
to Victoria Station tomorrow, rather conveniently they are having one of their
Meet the Manager events. I’ve had early confirmation from a journalist that
they will be joining me, firstly to get more information on my ordeal, and
hopefully secondly they’ll be taking a record of the questions I ask the
Manager and their answers.

I’ve finally heard back from the train company and as usual I’ve had a fob
off. That won’t stop me though

If
anyone is in the area between 8-10am tomorrow morning feel free to join me and
ask awkward questions of the manager.

looking forward to the update – are you taking your camera?

Actually, there IS something photographers (and all of us) can do – refuse
to accept it. When challenged, refer to the law. Refuse to agree that it’s
against the law, refuse to co-operate, and complain, complain, complain.

Eventually, the message will filter through to even the dimmest cop that
it’s not worth the hassle.

the other thing we can do is stage mass-photography events

What’s next? Sketching? Could one expect to be quizzed when wielding some
keenly-sharpened pencils and making recogniseable marks on a pad? Where does
the law stand on using dangerous chalk-pastels to make lifelike sketches of
the public and police alike? Heaven forbid that pen and ink should be
employed to make dangerous and difficult line drawings. And as for a horrid
solvent such as turpentine (in the case of an oil paint or oil pastel), can
the boys in blue be relied upon to wade in and confiscate or destroy any
surface upon which such undesirable substances have been used? Eh?

Don’t tell me – origami, Lego and balloon-sculpture have all led to
arrests???????

Come to think of it, how dangerous could those
‘kids’-parties-a-speciality-balloon-animals’ people be if they set their
mind to making inflated models of the MI-whatever building OR rendering
balloon depictions of Mr Ian Tomlinson’s brush with the police? If
photographers can be challenged, then they should be challenged too.

Neither do I doubt that an expert in Origami could fashion a detailed
3-D plan of the guards and their movements if they were to fold like fury
outside Buckingham Palace on a dry day. I shudder to think what could
happen if it were to fall into the wrong hands: apprehend those
paper-folders, just in case!

And I daren’t even think what could be done with a simple starter pack
of Lego if the block-builder had badness in mind…. best make carrying any
kind of kids’ construction kit in public an offence against the state.

Don’t forget those evil fiends, the Mime Artists. With their clever
ability to covertly recreate the shape and dimensions of any building or
prominent person by the deft, adroit movement of a white gloved hand and
embellished by the ham acting face gestures of a white powdered
face.

The thought of these monsters being free to silently gesticulate
strikes fear into our very hearts.

Well they would get you straight away on having an offensive weapon,
naturally. The other charges might follow if you didn’t meekly bow your
head and confess.

Don’t believe me? Ask the joiner who got arrested when a search of his
van turned up a Stanley knife. Locking blade, don’cha know, guv. Illegal
that is – and a strict liability offence too – no way out.

If some of Sir Paul’s Finest can’t interpret the law concerning murder
properly, ie don’t kill innocent passers-by, then it’s too much to expect an
understanding of photography in public.

I know I’m not the brightest star in the firmament and my knowledge of the
law is pretty weak, but aren’t JUDGES supposed to interpret the law, not some
Dirty Harry wannabe with an itchy trigger finger and a megalomania complex,
only too ready to kill people and hide behind a tarnished badge?