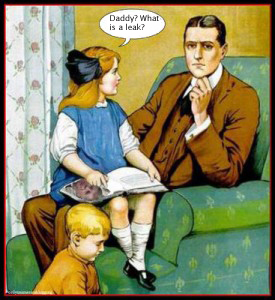 The ‘Dog Days’ of August are nearly upon us. Parliamentary gossip will dry up. Press releases from helpful celebrity PRs will be rarer than hen’s teeth as they all take off for their holidays.

But what is this? Salvation is at hand!

Julian Assange has come to the rescue of the main stream press. Who he? Oh, you know the founder of Wikileaks, the idealistic and fearless organisation that fights against the suppression and censorship of information on the grounds of free speech and democracy and all that kind of thing.

It seems that young Julian has had up his sleeve for some time, some 90,000 documents that are part of the official American record of what the troops have been up to.

“Up his sleeve for some time, what, like sort of suppressing them?”

Nay lass, suppression is what governments do; Julian merely held them back until the commercial press had had time to trawl through them, and agree a joint commercially suitable publication time. That’s good marketing.

“I thought you said he was idealistic?”

Well he is, but he was broke not so long ago, and so now he’s an idealistic marketing genius.

“So he’s published everything then?”

Well, nooooo, he’s blacked out some of the names.

Nay lass, censorship is what governments do; Julian merely blacked them out for the safety of the individuals concerned. He’s very responsible.

So holding documents back and taking out some of the information is a good thing then?

Well, it is if Julian does it, because he’s a good guy and we can trust him, it’s not if governments do it because we have the right to have all the information so that we can make our own minds up, not have the government tell us what to think.

“How do we know we can trust him?”

Well, because he’s a Bloggerish sort of Anarchisitc sort of Guru who knows how to hack computers and things, and because he appointed himself to this role, and because he’s one of Us, not one of Them, you know what I mean? I mean it’s not like he’s been put in that position through any sort of corrupt dirty democracy or anything like that.

“So what has he told us that is so important, I mean the Guardian, The New York Times, Der Spiegel are all slavering at the chops now?”

“But I already knew that”

Yes dear, but you didn’t know it via a fearless ideological bloggerish anarchistic guru who can generate headlines like the “biggest leak in intelligence history” and give bloggers yards of material to pore over and prove that war is a dirty business did you?

I mean, if the Government had bothered to publish those reports, would anybody have bothered to buy a newspaper to read them?

Anybody fancy a punt on Gary McKinnon’s chances now that young Julian has proved just how much damage can be wrought by military hackers?

The Wikileaks files will run for a while even though they tell us nothing
more questioning minds did not know already. They do give official
confirmation to the lurid tales of soldiers returning from active service
however.

Their impact is likely to be much greater for Obama who has embraced the
Afghan war since before he was elected that for our lot who can at least blame
Labour.

I think another story that has miles to run yet is the Lockerbie bomber
memo.

We could sure use something amusing.

Wikileaks is funded by it’s readers and often struggles to keep the site
going. I suspect they tied up with The Gruinad etc in order to help prevent
the usual ‘ denial of service’ attack that they frequently experience.
The
true accounts of the actions bare no resemblance to the accounts that we get
from our media, government etc so I’m glad we can see what’s really going on.
Given time they will compile all the data and give a better idea of civilian
deaths.

Wikileaks may have its faults, but it still does a lot more good than harm.
It was essential for us all to have access to the Climategate data, pretty
important to have access to the Trafigura report and highly amusing to read
the Tiger Woods injunction. All three were on Wikileaks, if I remember
correctly. More generally, sunshine is the best disinfectant – think of the
expenses of MPs and peers.

I would like to see Wikileaks make freely available all the documents that
it is going to publish at all, without doing deals with newspapers. But I do
not think there is an obligation on Wikileaks to do so. We did not pay them to
create the information. We do, however, pay governments, and we are forced to
do so. We can therefore make a case that governments should be a good deal
less secretive than they are. This does not mean no secrecy. Governments can
legitimately try to keeo some military and police matters secret. But there is
no way that internal discussion papers and submissions to Ministers on things
like health, education and tax policy should be covered by exemptions to
freedom of information legislation.

Finally, if anyone thinks that Wikileaks has a political bias, the remedy
is easy. Set up a rival site, working on the same basis, that specialises in
leaking documents that would embarrass trade union bosses, European Union
bigwigs and the like.

Funny how the military secrets are” leaked” but the Climategate emails were
“stolen”. Is this evidence of the hypocrisy of the left-leaning media?

I think you overestimate the public’s knowledge of what’s going on in
Afghanistan. Most don’t follow the news and really believe that our troops are
bringing democracy to the country. Carefully looking for the enemy and
carefully avoiding civilian casualties.
The publicity over the wikileaks
might wake people up to the hnundreds of civilians thet we’ve killed and the
general chaos and pointlessness of the whole conflict.
But I doubt it.