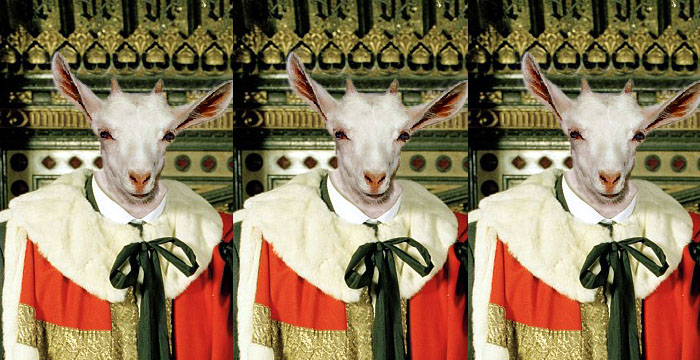 With the exception of Lord Taylor of…well, various places, noble Peers have largely managed to avoid prosecution over expenses claims. Whether this has anything to do with the fact that the woman in charge of reforming House of Lords expenses (Baroness Hayman) has received £200,000 in expenses over the past eight years by declaring her house in Norfolk to be her main private residence (notwithstanding retaining her £1 million Hampstead home purchased in 1975) is entirely a matter of speculation by others – certainly not me.

However, at least a couple more of the Ermine Street Gang may face the prospect of being hauled up before the Beak.

The geographically challenged Baroness Uddin has not been prosecuted in respect of her claim for £100,000 allowances on her flat in Kent, which neighbours say has been unoccupied for years. And the famously parsimonious Indian born steel magnate Lord Paul has got away with claiming £20,000 per year by naming his main home as a one bedroom flat at the Oxfordshire hotel owned by his company. Although the flat was actually occupied by the hotel manager and the peer admits he never slept there (aside – I can’t believe I just wrote that, but I’m not making this stuff up).

Both have evaded prosecution on the basis that clerk of Parliamentary expenses Michael Pownall has said that a Peer need visit a “property” only once a month for it to qualify as a main home.

The legitimacy of such a ruling seems at best questionable to this humble scribe (it’s nonsense) as does the legal question of whether it should or indeed in any way could bind a court’s finding as to the truthfulness and honesty of the representations made when the expenses were claimed: both are ultimately questions of fact for the jury. But conveniently this has allowed a get out clause a mile wide for a great throng of the Great (and Not So Great) and the Good. Were it otherwise, there would be more casualties than if there had been an outbreak of an especially potent Parliamentary Black Death.

However, it seems that vengeance is in the air. The Sunday Times (News, page 10) reports that the House of Lords Standards Sub Committee, whose members include Lord Irvine (ex Lord Chancellor and dedicated “Tony Crony” who did rather well on Legal Aid before it was all but abolished after he left the Bar, and famous for spending £66,000 in wallpaper for his grace and favour flat) and Baroness Eliza Manningham-Buller (ex Chief of Spooks) have come up with a plan so cunning you could pin a tail on it and call it a fox.

Apparently, both Uddin and Paul have claimed travel expenses to and from said “main private residences.” Our very own Sherlock Irvine and Eliza Manningham-Watson have figured out that if they didn’t really live at these addresses, their claims for expenses to and fro could be completely bogus – thus making it much easier to prove general naughtiness.

Watch this space, and give thanks to the Lord for the brilliance and rigour of those who investigate such matters.

I’m not sure I could keep up on a Jury. Will there be Stress Counseling
available?

Let us charge and try these execrable people who have helped traduce
British democracy and let justice take its course – I volunteer for jury
service.

Can I be the excecutioner? Please!

It’s either; ” A plan so cunning, you could pin a tail on and call it a
weasel”

Or; “As cunning as a fox what used to be Professor of Cunning at Oxford
University but has moved on, and is now working for the UN at the High
Commission of International Cunning Planning.”

I understand that “The Rack” also extracts a comprehensive confession.

Bravo to all above!
Gildas the Monk

I think you mixed up some words – surely it’s “the House of Lords
Sub-Standard committee”?

Do you know that the Innuits have 27 different words for Baroness
Uddin?

Unfortunately they all mean the same thing – Greedy fat cow.

The Ballad of Robbin’ ‘ooddin

She stole a house that was meant for the poor,
She stole it although she
was rich,
And the poor people of England,
Decided she was a greedy
bitch.

Thank the Lord indeed, its only through ignorance that they could get away
with it.
Do you think we could purchase Parliamentary Black Death from the
CIA? We might need it.