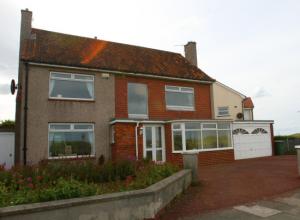 Our Vera only got £32,383 of our money as a resettlement grant when we kicked her out of Redcar. The ‘winding-up’ expenses she can draw on finish on September 9th.

Fear not though, her piggy bank may soon be replenished.

We gave her the money for a new boiler, a new roof, flooring, windows, and that ghastly porch.

Which may account for the fact that the property is now worth 178% more – £202,000 more to be precise – against the Redcar average house price increase of 125%.

What’s that you say? Sir Ian Kennedy announced in March that MPs would in future be barred from buying taxpayer-funded second homes? He also said profits from second home sales would be “recouped”!

Will our Vera be repaying this money? No, of course not, IPSAs new powers came into force on May 7th 2010.

Our Vera had the foresight to get kicked out on May 6th 2010.

She even gets to keep the furniture we bought.

Says Our Vera, of the sale:

“Sadly, without the major contribution made by Parliament, it is unsustainable and has to be sold.”

I think you mean “without the major contribution made by the taxpayers” don’t you Vera?

The lack of taste screams loudly in every room.
What a prole!

I do not only read this blog first thing in the morning as it has
mind-bending news and views, but I also use it to learn more and better
English

Is the house a second home for tax purposes and thus subject to Capital
Gains Tax? Hope so!

Assuming it is empty, might someone wish to persuade the homeless of Redcar
to squat there for a while?

Some of them just never know when to shut up, do they.

Personally, I think the whole house is a Crime Against Architecture. It
doesn’t say much for her taste, among other things.

Did you have a look at the interior?

Definitely looks as if no one has ever lived there.

Eleanor said “Personally, I think the whole house is a Crime Against
Architecture”

In Redcar, that’s very Des-Res, you can’t even see the (former)
Steelworks you know!

Fidel,
Nor the former steelworkers queueing for their dole
money……..

Anybody want to play a game of gazzumping………..with no money?

Vera Baird is the most evil woman in Britain after Harridan Harmsmen. ( and
that’s saying something.) Her house should be sold and the money given to male
victims of false rape allegations and domestic violence. Then the bitch can go
and live under Waterloo Bridge.

Costal views, eh? Must be all those oiks walking past without T-shirts
on.

No use getting upset by pondlife like VB, Anna. The Great Magnet will catch
up with her in the end. If he hasn’t already.

I think you’re all being beastley. Her years of public service, her
sacrifice, her toil, her erudition at such paltry sums. I think, on
retrospect, that she came cheap – very fucking cheap. A bit pricier than a $20
whore but much the same level of service – knob rot, guilt, accusation and
disgust.

Nobody pays Tax on “Expenses”.

[Well not on ‘allowable’ expenses.]

Right, that’s it… I’m standing for Parliament, next chance I get. I know
they’ve stopped up the few little scams, I mean rackets, no, sorry, um —
allowances that were being misused and that the papers found out about.

But there’s sure to be some super opportunities to enrich myself — sorry! —
to serve the community.

Why, within the course of a single Parliament, I could go from living in my
beaver-skin yurt, to ownership of a mansion. Must make a note to ask that nice
Mr — no, Lord — Mandelson.

Thankyou Anna, and if you should see Mrs Baird, just tell her I said Aloe
Vera.

Prospective purchasers should be advised to watch out for dogsh1t.

…which the pets of careless Redcar dog-lovers might deposit there.

The bloody cheek of the woman!

Just a thought. If this is her or one of her properties in what sort of
residence does she now reside? How much did it cost and where did the money
come from? What I wonder is the overall level of her wealth and where are the
relevant accounts or holdings held and under what terms? Where did that come
from? What of the relevant tax liabilities and ways of means of reducing it?
Isn’t it very convenient that all the privacy and libel law arrangements we
now have prevent anyone from either enquiring or publishing. She is far from
alone. I wonder who else might there be and how much have they squirreled away
at our expense?