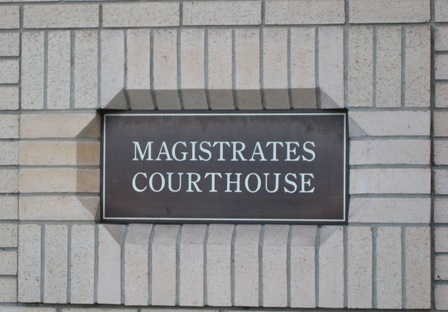 I knew a Solicitor once, a solid respectable man. His child was of a class of person about to be seriously disadvantaged by forthcoming legislation. He lobbied hard against the legislation; he wrote letters, made phone calls, became the pivotal rallying point for all the ordinary members of the public who opposed this legislation. He was extremely effective, able to put into eloquent words their fears, and despatch them to the correct office.

He was a true thorn in the side of the Ministers trying to push the Bill through parliament.

Eventually he was invited to become a member of one of the original ‘stakeholder’ groups, so beloved of the Blair government, supposedly advising the government of the adverse effects of proposed legislation.

There he came in contact with senior members of the judiciary, also members of this ‘focus group’. Suddenly he was invited to take up a judicial position, which he did.

There is surely no connection between this happy occurrence in his life, and the fact that he suddenly ‘shut up’, I suppose he was just too busy with his new life on the circuit, but there was much dark muttering in the ranks when it was realised that no longer was he penning long complaints against the legislation – and that dark muttering was just as dangerous as if he had been ‘bought off’.

One of the iniquities of our judiciary is that promotion up the greasy pole is by whispered commendation in the corridors of the Lord Chancellor’s Office. For anyone with legal qualifications, whether as solicitor or barrister, there is always the hope that you might come to the ear of the judicially great and good and ‘make progress’ as they say.

One of the strengths of our judiciary is that right at the bottom of the heap, lie the local lay Magistrates. Legally untrained, they know perfectly well that they are unlikely ever to advance further. Those precious letters JP after their name is the pinnacle of respectability in their community. True, some may become giddy with delight, perhaps they shop in Waitrose, no more to be seen in Lidl; they may join the local Masonic lodge and row with their wife over the cost of the new hat for the Buckingham Palace garden party, but it goes no further than that.

They still live in the mock-Tudor suburban house on the ring road, for they, or their partner still has to earn a living, and that living is outside of the law, far from the judicial greasy pole. No cosy bolt hole on the circuit for them.

It is their great strength. However much they may be mocked locally for having ideas above their station, they are still of that community. They shop in the shopping centres where the local youth gather and cause a disturbance. Their home lies on the route home from the noisy disco. They do understand the pressures on the local community.

They handle 90% of the cases that come before the courts. In the very locale where the crimes have been committed.

You could find no greater justification for local courts than Magistrate Liz Pearce, fining a speeding motorist £400 and banning her for six months, when she whizzed through Ms Pearce’s local streets at 98 mph. Ms Pearce knew those streets, she drives on them every day.

The new Lord Chancellor, Ken Clarke, has announced plans to close 157 of these local courts. 40% of them. It would save £15.30 million pounds a year.  The government sees it as a cost cutting exercise. Closing 40% of the courts will inevitably mean that many of the cases that they heard will appear further up the food chain. Past the point at which local worthies like Ms Peace dole out swift justice, and into the realms of those who are susceptible to the flattery of a leg up the judicial greasy pole. The Ms Pearce’s of this world do not work alone, they are the spokesperson for a group of three local worthies – if they do work alone, they are called District Judges and they not only get paid but are legally qualified.

Now the motorist who Ms Pearce dealt with so admirably yesterday was none other than the recently ousted MP for Redcar and former Solicitor-General. To Ms Pearce she was no more than yet another arrogant outsider in a fancy car roaring through her neighbourhood. She was dealt with accordingly.

Would that I had similar faith that had she come up in front of, say, a District Judge, or Registrar, that there would be absolutely, positively, no question whatsoever, of a hint of a thought of ‘my future career’ springing into the mind of the decision maker. Of course our judges, even those at the bottom of the rung are impartial and objective, they are trained to be so, but they are human too, with a career to manage. Unlike Ms Pearce.

If we are to cut costs, and I am told that the saving involved in closing the Magistrates Courts amounts to roughly 12 pence in every pound that is proposed to be lopped off the budget over the next five years, then we should simultaneously chop the current secretive method of advancement on the judicial ladder.

If we are not to do that, then leave the Ms Pearce’s of this world where they are, firmly in their community, seeing only a nuisance motorist in front of them. Not a former Solicitor-General.

I understand that this move by Ken Clarke happens to
accidentally-on-purpose conform to the EU requirements for all of Europe to
have a justice system based on the Napoleonic Code, which includes: no JPs, no
trial by jury, no presumption of innocence before being tried, etc.

Please could any readers respond if there is a petition I can sign or
organisation I can join to object to this.

Many years ago I knew a very good solicitor in Bath and he would fight
tooth and nail for you in court. To cut a long story short, I next saw him as
a Visiting Magistrate in prison and the view of prisoners was that they were
part of the Establishment even though part of their role was to look after the
welfare of inmates. I told him that he had sold out. He was too effective so
he was bought off. I have heard some say that, like the Trojan Horse, they
fight the system from within. However, the Association of Prisoners claim that
the Prison Reform Trust is part of the problem and not the cure. For example,
the other day the Prisons Minister gave an interview to the PRT and part of
the agenda was prisoners right to vote. It angers me because it was not the
PRT case, and yet Crispin Blunt has so far not saw fit to talk with me.

We are all primates:- I would suggest that the peanut-savers are
simians…

Well put Anna and far more eloquently than I did! This measure is just
‘tinkering’ with the problem and the ‘saving’ is, as you say, peanuts.

Mind you, peanuts is what I believe those in the primate class do like to
save!

It wuz Karma what done for Vera. I love it, I love it. Except for me.