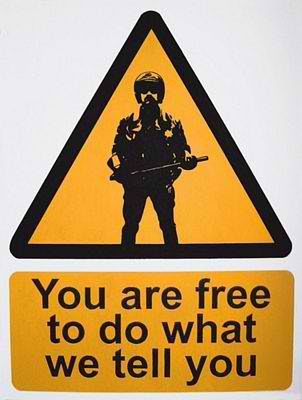 FATHERS should be paid up to Â£2,000 a year in tax credits to stay with their children, the Governmentâs new Poverty Tsar says today.

Frank Field, the Labour MP who is leading the coalitionâs poverty review, called for an overhaul of the tax credits system to end discrimination against traditional two-parent families.

This is a completely awful solution to any discrimination against any group of people.

The current situation is that because of the awful design of the complex and incomprehensible tax credits system, implemented by the former government, some people lose out because of a design flaw. What this ignores entirely is that many more people lose out because the system is so bloody arcane that many people do not receive the credits they are entitled to. It also ignores the idea that there might be a much simpler, cheaper way of helping people that doesnât require anything as mind-bogglingly fatuous as a âPoverty Tsarâ: raise the threshold of the basic tax rate.

Simply abolishing the entire tax credits monster and raising the threshold of the basic tax rate to Â£12,000 per annum means that the poorest people in Britain no longer are beholden to the wisdom and largesse of advisers who can help them claim these complicated benefits â they simply pay much less tax. By all means, maintain the other thresholds or even lower the one for the high tax rate slightly to make up for any lost revenue.

But stop this complex, arcane bureaucratic monster that is the Tax Credit system. It is one of Gordon Brownâs most appallingly awful, expensive, demeaning and unpleasant legacies.

This is an obscene and byzantine âsystemâ that simply cannot be
reformed.

The best thing to do would be to scrap the whole thing and cut taxes by the
amount thus saved.

Of course it wonât happen. The system will undergo a messy collapse when
the money runs out. Which it will.

Letâs face it, it was only ever a public sector job creation scheme to
bolster the Liebore vote. If not, why wasnât the the tax system amended simply
and cheaply to do exactly the same thing.

The âcomplex and incomprehensible tax credits systemâ also happens to be
administered from just down the road of Our Toneâs old Sedgefield
constituency. So Gordonâs pet scheme helped provide government jobs for some
of Toneâs constituents !

The tax credit system somehow summed up all that is wrong and downright
weird about the Brown persona.
Massivily bureaucratic, inefficient,
requiring endless forms and formulas, intellectually dishonest ( designed to
baffle claimants) impersonal, intrusive and cruel â go ask a claimant who is
alleged to have been overpaid and suddenly find him or herself facing a
remorseless claim for the odd

Just received my tax credits information pack. This fabulous waste of money
informed me that the assessment is unchanged and still zero. Another tree dies
in vain!

Ah, but doesnât the Tax Credit system increase the scope, size and power of
the Civil Service, as well as reducing unemployment figures, and it provides
ammunition for Trades Union leaders, when resisting the attempts of any
halfway-sane government to reduce cost, complexity, and the size of
government. I doubt if the enthusiastic cooperation of Sir Humphrey could be
relied upon in implementing such an appalling idea!

Yup, PT has hit on the reason why no-one wants to dismantle it.

And, indeed, why it will never be dismantled. It has always been
blindingly obvious that tax-credits are a tacit admission that people are
being taxed too much in the first place. Then employ an army of Snivel
Servants to give it back to them. What a fitting epitaph for Gordy the
Dip.