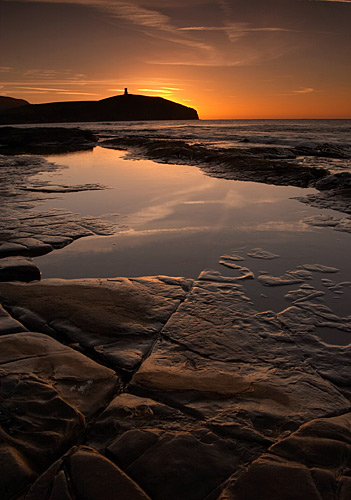 Is it really a new dawn?

It shouldnât really feel different, but somehow it does.

The facts are this: while the coalition government is talking about freeing us from the yoke of the state, theyâre quietly continuing down much of the same road that Labour was on. They have performed a U-turn on the useless and unnecessary NHS âSpineâ project to record everyoneâs medical history in a form that the world and his dog will have ready access to. They have killed the pointless âHome Information Packâ, apart from the equally pointless âEnergy Performance Certificateâ. They certainly havenât performed any kind of change of direction on the monumentally stupid ideas of minimum pricing for alcohol or a universal ban on smoking.

And yet, there are small steps away from the idea that the state is all things to all men. Eric Pickles has already abolished a number of minor quangos. The ID database has been parked (although the final death stroke has not yet been administered.) The egregiously unpleasant CRB check system is being scaled back, although existing checks will stand, which is unacceptable and really, the system should not exist at all.

And the Govian schools initiative shows some promise, although I fear it will be too late for many parents who currently feel nothing but despair over education standards.

However, for all the talk in both Lib-Dem and Tory election manifestos, there is little evidence of a sweeping ârolling back of the stateâ, which both parties were committed to.

But I think there is a glimmer of hope with the forthcoming budget.

Osborne is going to have one shot at this. He canât frivolously rearrange deckchairs on the Titanic every year for the next five years (if the coalition lasts that long) â he is going to have to grab this yearâs budget with both hands as his once chance to really change the whole game. Labour are in disarray, that happy situation will not last.

The sadly missed David Laws showed that there might well be some genuine reform to come.

If the Chancellor takes this one chance that he has to eviscerate the bloat from government budgets, the economy will surge, the pound will strengthen and a genuine recovery will occur. If he makes some minor cuts here and there, we will be doomed to decades of pain, rather than years of pain. Because next year at budget time, Labour will have a leader, it will have policies and it will have a much greater degree of coherence than now.

The hope that I have, the glimmer of light, is the prospect of the Chancellor performing liposuction on the overblown monster of state to such an extent that the departments themselves will extinguish the worst of these horrors out of desperation to pay wages and keep their departments alive.

Do away with foreign aid completely for the rest of this term of parliament.

Slash the military budget and force the generals to bring the boys home.

Slash the police budget and force the police to refocus on delivering useful policing, not bureaucratic form-filling.

Slash the education budget and force schools to focus on the basics, not âright-onâ rubbish.

Itâs entirely possible for people to do more with less, businesses manage this year after year. Itâs time for government to step up to the same plate. Itâs time to give us some hope.

Despite the positioning envolved in ring-fencing the aid budget. The fact
remains it is of important strategic use. What is refreshing is to see them
stop it to China and India and begin to focus attention at the priorities of
Foreign Policy. Targeted aid in places will save lives in the long run.

It feels different because, to me, it feels like sanity returned. A
government trying to govern rather than feed the message beast.

Well, thatâs about it, chaps! Well done. Country put to rights, stars
re-set in their correct courses, sunshine 24 hours a day, bluebirds and
butterflies everywhere. A brand new Cabinet (all the above names), pursuing
well crafted and carefully thought out policies. Wit and wisdom all round.

I wish I was clever, too.

More âwiningâ. Ah wellâ¦ Iâll put a cork in it.

Oh, and abolish the TV Licence fee and make the bolshy leftist BBC
socialists and luvvies live and die in the real commercial world.

Above all :  H. M. Government should abandon the a.g.w. fraud and
shew resolve in, first, cranking up a nuclear-power industry to rival that of
France and, secondly, re-opening

XX Slash the military budget and force the generals to bring the boys
home.

Slash the police budget and force the police to refocus on delivering
useful policing, not bureaucratic form-filling.XX

Point one. The Generals have as little say in where the army goes as do you
and I. It is a political decision.

But BETTER would be to have the Generals bring them home, and save a
fortune by having them, with FULL Equipment, doing the job of the police.

A military Government is the only answer to the scum you now have on the
streets.

Leave the EUSSR and save billions. Sack all the bastards in local
government who are middle management or above and make them re-apply for their
jobs on sensible pay scales. Similarly the so-called civil service. Retire
every military officer above Colonel or equivalent â they donât do anything
useful. Eliminate all the quangos and take the work that is needed to be done
back in house. Sack all the spin doctors and special advisors, stop hiring
consultants.
Deficit gone by the week end.

Spot on â but will it happen? Just heard on Sky that the public sector
unions are threatening strikes & walkouts because their personal
contributions to their public sector pensions will be increased! They might
like to consider the number of people who have lost their pensions completely
through pension mismanagement & thievery under Labour â and then shut up
& get back to work.
Cut the over-bloated civil service numbers by 50%
& inform the remainder that theyâre now expected to actually WORK for
their living, not float around from meeting to meeting â if they donât perform
â sack âem â thatâs what happens in the private sector. Cut the âfat catsâ out
of the NHS â how many managers does one nurse actually need? Inform Local
Authorities that they donât need leaflets in 30+ languages â this is the UK â
leaflets in English are enough. Neither do they need 5-a-day-czars, diversity
outreach workers, anyone with âethnicâ in their job title, translators â if
members of the public need a translator â they can pay for one (my ex-daughter
in law had to appear in a Spanish Court over a custody hearing â she had to
pay for her own translator). Rip through the quangos â which are only âjobs
for the boysâ anyway & cull them viciously. Stop support to âfake
charitiesâ & groups like the UAF. Stop overseas aid â why buy a dictator
yet another new palace? After that, look around, work out the money saved
already & then cull the number of MPs by at least 25% and cut their
expenses while theyâre at it. That would soon sort out the deficit AND cut
ongoing public sector costs.

If the public sector go on strike because things are getting a bit
âtightâ for them then I suspect that many in the private sector (both
employed and recently employed) might have a few words to say those on the
picket line. Donât be surprised if violence breaks out. The MSM having been
printing all these stories about wasteful quangos, gold plated pensions,
corrupt politicians, useless civil servents, etc. This has been building up
a bit of resentment among those who are suffering. They need a scapegoat to
vent their frustrations on.

âDo away with foreign aid completely for the rest of this term of
parliament.â

Wonât happen. iDave has ringfenced it.

How much does Britain give to India?