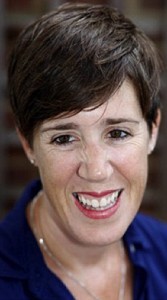 The Caroline âBit-of-Noakes-on-the-sideâ story is showing the Con-Dem party officials in their true light.

Conservative MP Caroline Nokes, found a camera on her hotel bed after it fell off the ceiling following her tryst with lover James Dinsdale, a Tory councillor ten years her junior.

It has heightened fears among Tory chiefs that the new wave of young and attractive â and often wealthy â male and female MPs who won seats at the General Election could be preyed on by those out to make money from their exploits.

Note â it hasnât âheightened any fears that the new intake of MPs might be a bunch of slappers who are more interested in their personal enjoyment of their new found positionâ. No, not at all. MPs will be MPs after all. Tory chiefs are merely concerned that they will be âpreyed onâ by the fourth estate and exposed for what they are.

The risks have been increased by cuts in MPsâ second-home allowances, which means many now stay in London hotels where they are more vulnerable than they would be in a secure second home.

âA secure second homeâ â do they mean the sort of place where a husband or wife might be waiting for them? Oh, and the children who have to be educated near to where they work so that they can spend time with them. That sort of âsecure second homeâ, the sort that you take your lover too?

Fears of a new spate of Eighties-style Tory sex scandals grew yesterday after further allegations about Mr Dinsdale surfaced. It was reported that he has also had an affair with bisexual Tory activist Anastasia Beaumont-Bott.

Perhaps stop hiring bisexual activists? I believe that nice Mr Huhne has just left his wife for another one.

According to Lib Dem sources, she was in a civil partnership with a woman but broke up with her last year. âCarina has had relationships with both men and women, but generally not at the same time,â says a friend.

Nevermind â Labour can say nothing about sexual âscandalsâ.

I still have a revolting image of John Prescott grunting away at his
secretary who is in turn squirming atop a large antique mahogany desk.

I havenât seen a smile like that since the first âAlienâ film.

I had to Google âAnastasia Beaumont-Bottâ before I would believe you didnât
make it up.

She is mentioned on The Tory Bunny blogspot, which says it is run by the
girls, for the girls.

âWeâre sick of all the 2nd rate Tory boy blogs so decided to start our
own.â

Bunny? Sounds more like a rampant rabbit to me!
Gildas the
Course

Something doesnât smell right with the Noakes story. It has substantial
detail that must have come from the Police, Commons authorities or one of the
parties involved.(specifically the alleged text message) The Police have
viewed the video and determined that no offence has taken place. The Mail
makes no mention of whether the camera was disguised or not, only saying the
camera was attached to the ceiling and had an LED covered with tape.

If the recording was done without their permission surely an offence has
definitely taken place?

Police forced themselves to watch the video. Itâs a hard job, but
somebodyâs got to do it.

Itâs all getting a bit racy over at the Houses of Pornography â sorry
Parliament! Any jokes about taking the whip?
Gildas the Monk

Labout MPs are immune to this kind of thing of course. Not that Labour
women arenât as good looking as Conservative or Lib Dem lady MPs, itâs just
that few blokes are willing to put up with the hour long lecture on
politically correct issues that replaces foreplay.

My train of thought took that cheap excursion too!

All of which raises the question of who does what to whom.