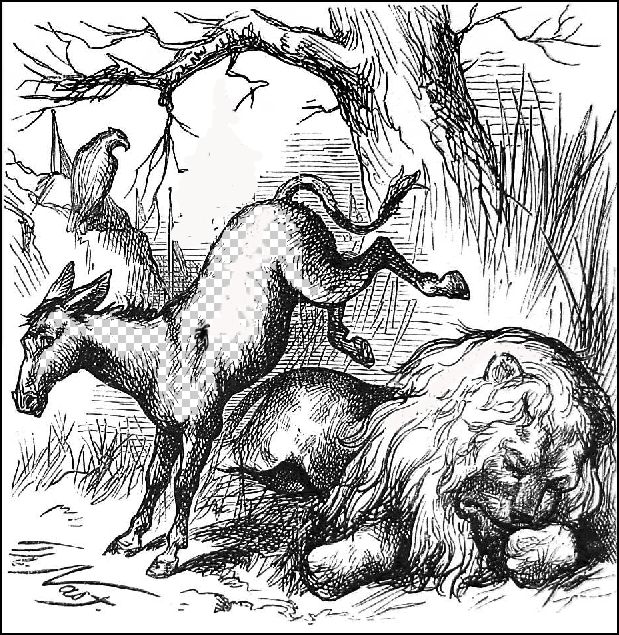 Whilst the sight of 30 healthy and superbly fit men charging round a field in hot pursuit of an oval ball continues to captivate me, and shows every sign of continuing to do so well into my dotage, 22 whingeing prima donnas in lethargic pursuit of a round ball just doesnât have the same effect.

I was persuaded that since many thousands of my English countrymen had saved for years to afford the trip to South Africa in support of our English team, that I should really make the effort to turn on the television and watch them perform.

Football is eulogised as the sport of the working classes â if such a thing exists any longer. Certainly the fans I saw interviewed neither looked nor sounded like captains of industry, flown to South Africa on expenses. They spoke of daughterâs weddings being short changed, annual holidays cancelled; one had given up smoking to find the money for the trip. They slept in tents, clubbed together to buy hamburgers to grill on makeshift barbeques; they seemed to be enjoying life, but five star luxury it wasnât.

The sacrifices made by these English âLionsâ didnât end there. They had of course, week by week, handed over the money which had paid for the stadiums, paid the wages of their beloved teams, paid for the hotel bills, and chauffeur driven cars and coaches which ferried them around, the physiotherapists, lifestyle coaches, the press agents, all the accoutrement of modern footballing legend. Some achievement, but then there are hundreds of thousands of them, and but a few that had dug deeper into their pockets to see their heroes show the world what they were made of.

Some of their heroes had already departed for a softer life â I understand Mr Beckham, having relieved his fans of many millions, stubbed his toe when he actually set foot on the pitch, and was forced to spend the rest of the world cup in well fed five star luxury, watching the game from an advantageous position.

Other heroes had remembered that they had no allegiance to England, beyond collecting the pounds donated weekly by their English fans â they had departed to play for their national teams. The problems emanating from the tendency of English teams to buy expensive foreign players with the fanâs money rather than train English players, were about to be ruthlessly exposed.

âWho are the star playersâ I whispered. âTheyâre all playing for other teams, these are just the English playersâ was the alarming response.

11 rather bored looking, slightly overweight, donkeys ambled out onto the pitch and stared about them in confusion.

âThereâs Rooneyâ, my guide pointed out, âheâs good, so long as he doesnât loose his temper and nut someoneâ. I peered at the screen. A vacant looking lad was lolloping along the side of the pitch, looking suspiciously as though he had been doped. Valium? Who knows, he didnât nut anyone.

I lasted until half time. Four of the English players were playing âkick-aboutâ, waiting for the whistle to blow, languidly passing the ball from one to another in slow motion, the referee and the Algerians looked baffled. Can anybody explain to me what they were up to?

This morning, not-their-captain, John Terry, but apparently the only one of them who can be trusted to string a sentence together, has told the press that the players are âunhappyâ.

They are not allowed to drink. Their harem of sex partners, wives, girlfriends and manâs best friend, have been banned from visiting them in the vain hope that sexual frustration will liven them up a little. They have been sent to bed at bed time and not offered cocaine and the chance to nut a friendly fan in their local bar. They are suffering, and it shows.

I am told that there was Â£17 million pounds worth of the fanâs money out on that pitch, with another Â£13 million quids worth sitting it out on the benches. The coach who has failed to motivate them has swallowed another Â£9 million squid of weekly attendance fees.

The one fan who did manage to gain access to the team dressing room and tell them what he thought of them has been arrested and charged with trespass.

Can I suggest that another 11 devoted fans are given access to the dressing room? There they will find some very expensive boots and kit â put them on, remember the fervour you play Sunday knockabout football with, and run out onto the pitch with the pride of English Lions. You cannot do any worse, who knows, you might win.

And stop feeding the donkeys.

I still marvel at the fact that people can get paid for trying to kick an
air-filled bladder between two sticks. If I ever become Emperor I shall ban
the silly game immediately. There is no need for it.

I have often harboured the same thoughts, and it worries me that I am
missing something that so many other people seem to be able to see so clearly.
Itâs like being a dyslexic in a library.

I still marvel at the fact that people can get paid for trying to kick an
air-filled bladder between two sticks. If I ever become Emperor I shall ban
the silly game immediately. There is no need for it.

With you on the Grid Iron. Rugby Union first though.

My father was a great fan ;  spent virtually every Saturday of
the season at Twickenham.  One day she that would later become my
mother

Must admit I find the spectacle of about 88 men

What about watching 26 men âhealthy and superbly fit men charging round a
field in hot pursuit of an oval ballâ ?

Rugby League is much better than both Football AND Rugby Union.

KWCookâ¦ yes, agreed. Organised murder and mayhem, without the constant
interruptions of line-outs, a nice mixture of athleticism and brute force.
Much more your spectator sport.

And none of this sissy padding that the Americans need, to protect their
meagre assets.

Iâd bet that a whole lot of benefits money find itâs way to supporting
football clubs. If the benfits were cut right back, ticket sales, mechandise
and Sky subs would surely diminish.

I am not and never have been a fan of the so called âbeautiful gameâ, Rugby
is by far a better form of entertainment.
What this England squad
demonstrate is that English football just IS NOT GOOD ENOUGH to play on the
world stage.
The likes of Terry, Roo-Ney and the rest might play passingly
well at club level when surroundedand supported by far more talented foreign
players but separated out and sent to play against those same foreign players
they are really rather pathetic. Worse still it highlights the fact that they
are just not worth the vast sums of money showered on them. I forsee the
cancellation of several lucrative sponsorship deals in the very near
future!

âWorse still it highlights the fact that they are just not worth the vast
sums of money showered on them. I forsee the cancellation of several
lucrative sponsorship deals in the very near future!â

I think thatâs about right!

Anyone else think that the England squad should be sent home via a 6-week
tour of duty in Afghanistan with the Royal Marines?

What did the Royal Marines ever do to you?

Hear, hear !  Why do so many regard the armed services as a
receptacle for every miscreant and incompetent ?  It

Itâs the money in the game that has ruined the game. When I was a little
lad (long, long ago) and used to watch Wimbledon playing kick-and-chase at
Plough Lane, on a pitch mostly composed of liquid mud, they were only one step
up from ourselves, playing with coats on the ground for posts.

Half the players had part-time jobs as car salesmen, to support themselves.
They werenât paid enough to go in night-clubs, much less to afford million
dollar houses.

Commentators tried their hardest to be impartial, even in international
matches. And they didnât find it necessary to shout shout SHOOOOUUUTTT! every
time somebody nearly scored, but didnât. Games werenât discussed for f*****g
hours by endless panels of pundits. Goals werenât shown fifty times in slo-mo
by a bunch of talentless TV directors.

And, back in those primitive times, football was a game worth
watching.
Still, thatâs progress, I guess.

Time for my nap again. Nurse!

Like a lot of things in modern life the journey has become the
destination. Getting to the world cup has replaced winning it. Style has
displaced substance. Talking about getting results has replaced getting
results.

If John Terry and co were firing on all cylinders they wouldnât need to
bother with the pantomime press conferences. Supporters gobble up minutiae
because there is no bulk to swallow and in return the squad is concentrating
on providing the gripes, snipes and excuses in preference to scoring more
goals than the other side.

@lenko: I agree with you. I remember Frank Skinner telling a true story
of the West Bromwich Albion player who sold his old garden shed just before
taking a corner. He had advertised it in the local paperâs classified
section and a fan standing close by called over to him and made an offer.
The business settled, the kick took place. Truly another time, sadly
missed.

That was the one and only Willie Johnston, of 1978 infamy â they donât
make them like that anymore.

ââ¦languidly passing the ball from one to another in slow motionâ¦
Can
anybody explain to me what they were up to?â

Lulling the Algerians into a true sense of security?

â¦or a false sense of insecurity.

Anna, you are a lady after my own heart.

It drives me wild to think that there are people in this country who spend
money that they canât really afford to keep these over-paid, under-brained
louts (for that is what most of them are) in the sort of luxury and life style
of which their supporters can only dream.

And then when these much vaunted prima donnas take to the pitch, they prove
incapable of beating a team like Algeria.

Fairies, the lot of them.