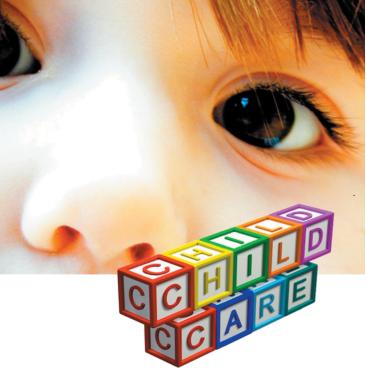 I donât personally think the State has any business involving itself in the rearing of children.

If you were to offer yourself to Social Services as a prospective adopter with a CV that read âwill change identities frequently without warning, will move child from house to house as identities change, will kick child out at 16 without any further support, will smoke, drink, display psychotic tendencies as we see fit, will indulge in paedophilia if it suits us, and will avoid all physical contact with the child (unless practicing paedophilia), and take steps to ensure that we never form any sort of emotional bond with that childâ  â they would fall about laughing before pointing out that this is exactly why they have a vetting system before allowing anyone to adopt. Then turn you down flat.

Yet this is all perhaps not accepted, but âknown to occurâ practice in âchild careâ as performed by the State.

There are those who would argue âbut what will happen to abandoned childrenâ. To which I would respond, âsomeone will take them in, out of the goodness of their heart, as happened before Social Services was invented in the sixties, or else they will die â of starvation, or cold, or ill treatmentâ â as still happens to them under State care.

The difference being, that those who donât die on the streets will have been taken in by someone who had a vested interest in turning them into useful human beings. Whether because they happened to be good people, or because they saw a useful future wage slave on the family farm or whatever.

Having experienced State care myself, and later âself-careâ and the âkindness of strangersâ, I have no doubt which system is preferable.

If there can be any justification for State care it must be, can only be, that it is more efficient and has better outcomes than the haphazard method of self care and the kindness of strangers. State care also has to overcome the dangers inherent in society assuming that because the State has stepped in that society has no further role to play and can look away.

I can see absolutely no justification for a State care system that is called in by relatives to two parents both suffering from profound mental illness, both religious fanatics, and on visiting the child, find the Father praying fervently for the child to be released from âDevilsâ â then leave the premises without checking on the child.

They found Mr Lovemore in a âpsychoticâ state, praying loudly and shouting âTake the Devil out of Juliaâ. He refused to answer questions. The pair were left disturbed and left to get help without checking on Lovemore or her baby.

â¦â¦it later transpired that the child was either already dead or dying, following the Motherâs confession.

âShe ripped out pages from the Bible out of âfrustrationâ, stuffed them into her childâs mouth, sat on her, bounced up and down and smothered her to death.â

Rebecca Hughes, a community psychiatric nurse and Joetta Fox, a health visitor, have not surprisingly been censored today.

There is even less surprisingly a report which contains a section headed âLessons learnedâ.

I would prefer to see the entire Social Services edifice abandoned.

Certainly children will die. There will always be crazy parents, violent parents, wilfully neglectful parents and their unfortunate offspring will die. As they always have done.

I personally doubt that there will be any more deaths than there are now, the only down side I can see is that the unemployment rate will shoot up as a shower of useless and virtually unemployable trollops are thrown onto the scrap heap. The savings made in financing conferences, seminars, and reports such as this should offset the increased cost of benefits.

On the mercifully few times I have had to interact with social services, I
have found it to be like trying to talk down an armed lunatic. Any appeals to
reason are met with an effective âWe donât have to be reasonable, weâre social
services.â

This speaks to my personal history, I concur.

According to this same qualified Social Worker, they have these meetings
where they all sit around and hash through what an emotional mess they all
are. This helps them to spot it in other families.

She also asked me if I kept the gin bottle under the bed. I kid you
not.

Pardon me. Got my e-mail slightly wrong (well, itâs a new account). Correct
one submitted, I hope.
Gildas the Scribbler

I am a newcomer to your site â I really enjoy the insight and thought
provoking observations.
It seems to me that âSocietyâ â and even as a
conservative I do believe in the concept â does have an obligation to protect
the weak and the vulnerable. This would, for me, include a 6 month old child,
but not, for example, a feral 12 year old mugger.
However, is the real
problem the shortage of those two out of fashion stalwarts of a functioning
society â common sense and responsibility? All that ever comes of these
inquires is that âthere were systemic failuresâ and, as others have noted
âlessons have been learnedâ. We see from the Baby P case how public servants
baulk at ever having to take responsibility for shocking errors of judgment
(the usual reaction to any disciplinary sanction being to sue).
Just my
limited thoughts!
Gildas the Scribler

SBML â âkeep asking for more. The more they get the bigger their power
base.â

And some high-profile disturbing cases in the MSM give them additional
leverage.

Alan â âParents who fall foul of some arbitrary failure to fit a
template run the risk of having everything they care dearly about stolen from
them for no good reason. Parents who fit the template of

â22 different agencies. My mind is struggling to understand why such a
system requires so many actors in itâ

Possibly because each is staffed by people who suck from the nipple of the
state and keep asking for more. The more they get the bigger their power base.
Itâs all to do with making their organisation be a major player in the whole
system. Nothing at all to do with what their job is.

The actual social workers are the ones who get stuck with the effluent from
this state sponsored disaster. Understaffed and underresourced they are always
rushed, forced to make instant decisions, make lots of mistakes which
occasionally are big but mostly are hidden away, and whose real job has become
writers of reports than actual social workers.

As with the criminal justice system there seems to be a lot of confusion
about the real priorities.
When crime is involved the rights of the perp
are paramount, in cases of child neglect the rights of the parents (who always
seem to have issues) are put before those of the child whose only issues are
not being fed, not having a warm room or a dry bed to sleep in, not being
washed and not being loved.
And yet when confronted with the childâs issues
social workers do not know what to do.
Politically Correct thinking in the
education system has a lot to answer for.

I loved Eleanors comment but why does tht revelation about the essential
qualification for social workers not surprise me?

Other than myself there are very few people I would trust as regent for a
decade of reform in this country. I am now happy AR has got the right stuff.

Spot on as usual.

I am sick to death of, âLessons will be learnedâ. I have been hearing it
for thirty years, but they still donât seemed to have learned anything. So
what have they been doing at all of those conferences and seminars?

I was once told by a qualified Social Worker that I couldnât hope to become
one of their revered band unless I had serious personal issues of my own. I
gave up at that point because I had no desire to work with a bunch of raving
nutters.

At the very least that sounds like an excuse to keep you out of the job
to me. What serious personal issues might US graduates have?

US graduates without any experience hired as Haringey social
workers

The lessons to be learned are always how to reduce accountability for
when it goes wrong again.

This article reminded be of some posts at the Thinking Policemanâs blog.

Just two points to make:-
1) The state is definitely more interested
in producing subjects whose first loyalty is to the state, and not to any
other people â so they are thus conditioned.

In any bureaucracy, the people devoted to the benefit of the
bureaucracy itself always get in control and those dedicated to the goals
the bureaucracy is supposed to accomplish have less and less influence,
and sometimes are eliminated entirely.

We are wedded to the welfare state. It is seen as a sign of progress and a
good thing yet it has destroyed communities, families and the fabric of our
nation.

How is this not collective punishment? Those who do not co-operate are
viewed with suspicion because they have not co-operated. Catch-22. The State
has no greater legitimacy to dictate the âcorrectâ way rear a child than a bog
standard stranger.

All we ever seem to hear about is ordinary parents having their children
taken off them for putting up for adoption and the various dregs of society
being left to neglect and/or murder their own offspring. There seems to be
little evidence that Social Services does *any* good when it comes to
preventing harm coming to children over and above what relatives and
neighbours can manage.

Social Services certainly do not fail because of a lack of resources. They
like many other departments and agencies have been funded with vast gobs of
money. So why do they fail again and again and again? Are they in an
impossible position? Are they in fact more liberal than we imagine, largely
leaving parents to their own devices? If the latter then there is no need to
bother with them but they do appear to have a somewhat sinister modus
operandi; Parents who fall foul of some arbitrary failure to fit a template
run the risk of having everything they care dearly about stolen from them for
no good reason. Parents who fit the template of âscumâ are left to rot. Are
social services going through the motions with those who cannot be helped?

Is it any wonder that society seems to be falling apart when we have been
educated and encouraged to be the eyes and ears of the State rather than
exercise our own judgement and look out for the people around us.

A serious case review into Shannon Matthewsâ upbringing reported that there had been
contact with 22 different agencies. My mind is struggling to understand why
such a system requires so many actors in it, and presumably requires a
consensus rather than unilateral decisions before action could be taken. Would
Matthews have had so many children if she had to pay for them herself? The
benefits system has allowed some people to almost to give themselves a pet
rather than a child.

Hideously and accurately perceptive of you â as always.

I believe that âJuliaâ, that the father was praying for, is actually the
motherâs name. If one can rely on the Telegraphâ¦.