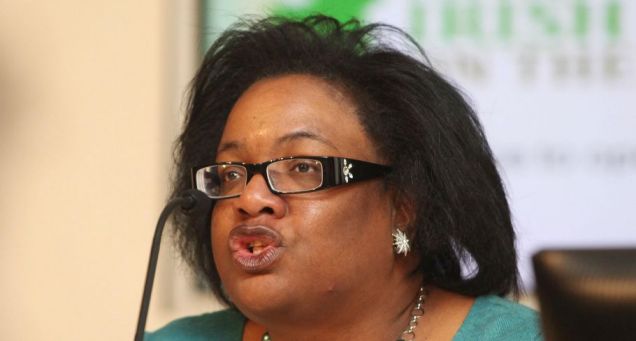 I can restrain myself no longer. I have listened to the farrago of nonsense spewing forth from the lips of various political commentators and enough is enough.

When I was a student, in dim and distant years ago, at a university of appallingly âright-onâ liberal qualifications, I was a member of one of the social clubs. âOne of those clubs which has a largely self-selecting membershipâ is about the kindest way to describe it. But it was great fun and there was a real enthusiasm among the members. One of the people in the this posse of largely white, middle class people was Sanjay. Sanjay wasnât white. In fact, he was one of the darkest people on the entire campus. With his cut glass accent, he was also hugely fun and a really nice fellow. He was also a very active and influential member of the club.

But it was inevitable to a bunch of students that we would call him âour token darkieâ. It was all good fun for about two weeks and then we reverted to calling him Sanjay.

Although I did raise some eyebrows on the street about five years later when I bumped into him, yelled âtoken darkieâ and gave him a bear hug.

Sanjay was never token. He was an integral and valuable member of the club. When he stood for a committee position, he won his position fair and square.

Yet I fondly remembered Sanjay when I heard that Diane Abbott had scraped the 33 nominations needed to stand for Labour leader. For a more token darkie, I do not think I have ever seen. Surrounded by pale, Oxbridge-educated professional politicians, Diane Abbott stands out like a sore thumb.

Her hypocrisy in sending her own children to private education marks her out as a good socialist, but its clear to me that her political colleagues do not regard her as someone they would voluntarily follow. A great of political capital was expended just getting her onto the ballot. Despite all Labourâs ludicrous posturing about their âdiversity and inclusionâ, the fact that the person who actually wins the leadership will be a near clone of all the other serious contenders tells me that like so many other things, Labour is hugely hypocritical in its support for diversity and inclusion â itâs something for the lower orders.

Up in the rarified atmosphere of leadership, tokenism wins the day.

Are you saying Abbottâs a hypocrite?

I would have thought that meant she had one of the most important
qualifications for a Labour leader.

meant to add â and therefore canât be classed as good Socialistsâ.

David C, think you mean Millipede Major and Minor, although they are
âproductsâ of the âcomprehensiveâ system.

Sheâs only on the ballot because Milliband senior thinks she will help to
stuff Milliband junior.

Nothing new in tokenism. In the 19th Century there was an Irish MP who had
neither arms nor legs but did have 18 children. I believe he was a Kavanagh or
Cavanagh. They donât make them like that any more. Pontefract elected a former
professional bare knuckle boxer, the sort of persons that Cooper-Balls would
be unlikely to ask to dinner.

I hope she wins. That will put paid to Labour for good and all.

And I donât mean because she is black.

Anna, I thought that Abbott merely reinforced her tokenistic status with
the pathetic defence of having sent her son to private school, and I
paraphrase: âYouâre only getting at me for this because I am a woman. You
would not attack me for this if I was a man. As a single mother, it is so hard
for me to manage. etc, etc etcâ¦â

âHer hypocrisy in sending her own children to private education marks her
out as a good socialist,â

Ta for the giggle today.

Granted, but those white middle class males will be able to say in the
future that the Labour party is a broad church, that it supports all races,
creeds and colours.

Total bollocks, of course, but the written record is what counts, when the
memory of what was actually the truth has faded a little.

Sorry â is that cynical?