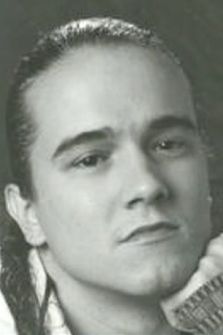 ââCrossbow Cannibalâ Stephen Griffiths hospitalised after after failed suicide attemptâ screams the Mirrorâs âexclusiveâ â stuttering its way through two âaftersâ in its excitement, and handily mirrored in the Sun and the Daily Mail. Is that what passes for an exclusive these days?

It seems he was found on the floor of his cell in the middle of the night in circumstances which strangely mirror those of other fatally orgasmic exponents of the art of auto-erotic asphyxiation â as perfected by MP Stephen Milligan and Michael Hutchence, but without the orange. Is fresh fruit hard to obtain in prison?

But hark! Tabloid morality being what it is, we must not think that Stephen was enjoying himself in prison; this is billed as a âsuicideâ attempt. This is a man already accused of successfully killing three women, and we are to believe that he ties a sock around his neck in a bid to kill himself? How long are prison issue socks? Whatâs wrong with tearing up a prison bed sheet or is that not the done thing these days?

We are quite sure it was suicide are we?

A jail source said: âThe guards found him on the floor of his cell blacked out. He had obviously tried to kill himself.â

Lo! We have an expert and reliable witness!

Was that an official source â or another prisoner with access to a mobile phone and the Sunâs number handily stored in there?

I remember âWild Bill Hickokâ coming to Frankland, and because the trial
judge had described him as dangerous, said he was going to put the new jail on
the map. Cut a long story short, he decided not to try and take my reputation
and looked elsewhere for an easier target. Someone else found him an
irresistable easy target and a PP9 battery in a sock landed on his head on the
Sportâs Fieldâ¦

Of course fresh fruit is difficult to get in prisonâ¦but cocaine and heroin
areânt.
Besides, he could have the common decency to top himself after heâs
convictedâ¦save us all a bloody fortune.

Majic â not just the Sun. I was amused to see that when there was a riot
at a Northern jail recently, the BBC were happily taking their report live
from a prisoner inside the jail â on one oâ they ilegal mobile
phones!!!!!

The prison service should take a leaf out of âBill, the Galactic Heroâ by
Harry Harrison. When Bill finds himself in a jail cell, he notices a steel
hook in the ceiling.

Why a hook here? Even in his apathy it bothered him, just as it had
bothered him when they gave him a stout plastic belt with a sturdy buckle for
his shoddy prison dungarees. â¦

âIâm saved!â Bill screamed and leaped up, balancing on the end of the bunk
and whipping off the belt. There was a hole in the strap end of the belt that
fitted neatly over the hook, while the buckle made a beautiful slip knot for a
loop on the other end that would fit lovingly around his neck â¦