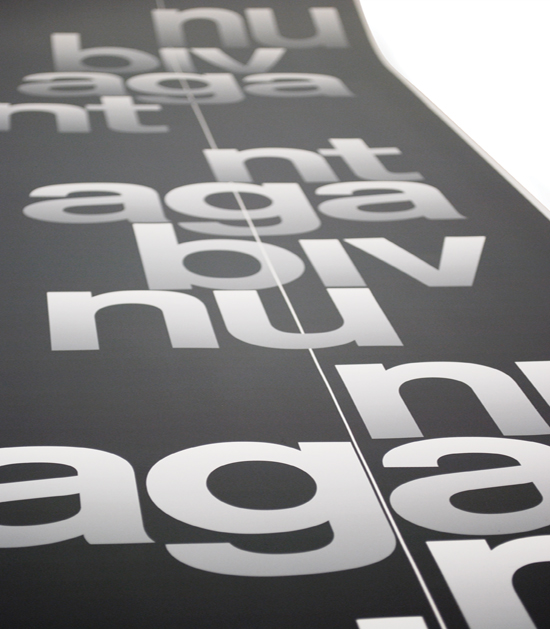 The media is awash with words. They spiral out of the mouths of politicians in a plume of murky dust. Pundits ladle them over our heads at every opportunity. The Unions churn them out faster than my Labour troll. The man in the pub vomits them between each pint. Mumsnet sugar coats them.

The law of averages says that every known word should reoccur at least once in a decade, and yet there are two we just donât hear at all. They have been airbrushed from the national vocabulary.

âAusterityâ, âcost cuttingâ, âlosing front line servicesâ, âneed for economyâ. In a parody of spellcheckers ability to throw up its chosen version of what you thought you wanted to say, these words insert themselves into every dialogue, every column inch, every hertz of sound wave regarding our current financial difficulties.

Yet hark! Listen! We almost hear the words here; skirted round to be sure, but alluded to:

âThe next thing that failed politicians may come out with is that people, as well as paying their council tax, should clean the streets themselves.â

Whooo! That is the voice of the GMB Union at their annual conference in Merseyside. Live in fear Brothers, the day when householders may have to take âpersonal responsibilityâ Nay! Donât use those words! When householders are forced to clean up after themselves, is fast approaching â but there is a solution:

âClean streets are perfectly feasible everywhere, itâs just a matter of ensuring there are enough properly trained and equipped street cleaners employed to do the job.â

âProperly trained and equippedâ â do you hear that? How much training do you need to know how to use a broom? Why do you have to be equipped with a broom? Provide your own, every household has one.

In our commune, every year the Mairie publish a list of the jobs that need doing, and the cost of paying someone to do it for us. We are invited to donate the materials, or our time to do those jobs. We are all aware that no donations, no volunteering, means that the total cost will be apportioned between us. Itâs very simple. In the good times we chose to pay to be relieved of the burden; when times are hard, as they are now, we volunteer and donate materials. Everyone does their bit.

Last year the local roofer scrambled the entire Rugby club and gathered up every spare roof tile in the village to spend the week-end re-roofing the village hall. Everyone turned out with food and drink for them at regular intervals. No grant from the EU, no cost on our rates.

The kidâs playground was repaired and repainted. The Boules pitch resurfaced. The tourist office repainted. The grass verges cut and weeded. The Lime trees pruned.

We live here, we benefit. We opted not to pay for someone to do it for us. A total of 700,000 euros worth would have gone on our rates had we not. Too simple for the UK?

The media are now chewing over the matter of university fees. Pundits come forth to opine the likelihood of âpoorer studentsâ being barred from university. Nonsense on stilts. The average degree course requires 10 or less hours of attendance at lectures and seminars. Fine, hold them on a Sunday. Or Saturday if the academics bleat too loudly about Sunday observance.

Get a job during the week. Do your reading in the evenings. Write your essays on a Saturday. Sign up to the Open University if you canât afford the fees.

It is not someone elseâs fault if you canât afford the full on seven days a week sex and booze fiesta that is modern university life. It is not learning that lack of money is barring you from â it is living away from home, enjoying the social life, not having to borrow books from the library, the gap year; that is what you are barred from. That is no more the fault of the taxpayer than is my impecunious inability to go on a world cruise.

Have you heard the words âpersonal responsibilityâ mentioned anywhere in connection with learning? Or clearing rubbish? Or translating your gas bill? Or helping your children catch up at school? Or catching the inevitable rats if you didnât clear up the rubbish?

The words have been erased from our lexicon.

It is easy to say that it is the result of 13 years of statist policies inducing a collective apathy towards doing it yourself, but I donât see any evidence of the new Condom government pointing out how many costly services could be replaced by a bit of self help. Merely a statement that we canât afford them any longer.

Never mind government, never mind district councils, it is at the level of parish council that should be delivering a kick up the backside.

I should have gone on to Uni in 1966 after school but I went to America and
worked as a housepainter instead. For a poshish lad from the north who could
do a passable scouse accent it was a better education than any academic
establishment could provide.

And I got a few gigs as guest singer with a local band. University is not
for everyone. Iâm not the only one who destested academic environments and yet
had a good career Iâm sure.

Some ten years ago I started cutting the roadside grass verges outside the
houses where I cut the lawns. Now, nearly everyone is doing it.
The Commune
Verge Cutter gets around in half the time, and no longer has to go down some
roads at all.

I know it was me that started this off, and I am really pleased about it.
And it takes so little extra time.

Anna, you could do all the things you did in your village in a British
village, but the difference would be that your council tax would remain
completely unchanged.

My parents couldnât afford to send me to uni. I did my BA with the Open
University whilst working full time (way back in the mid 80s). It was tough
but I did it. I am not sure in what regard an Open University degree is held
now but people used to mock it saying it wasnât a real degree. I changed
career on the strength of it though and never looked back.

Every household used to have one. I doubt that is the case these days.
There wouldnât be much rubbish to pick up if people used bins and/or took
their rubbish home with them.

âNo grant from the EU, no cost on our rates.â

No health and safety risk assessment form? No food preparation NVQ? Iâll
bet no liability insurance too! How on earth does France not keel over and die
without such bare necessities of regulated life?

âIt is not someone else

It is true, the insight of the article is very realistic. Unfortunately,
for a lot of purposes and also for a lot of reasons it is important to
simplify the way in which we deliver messages and this can be harmful for the
different languages.

I am new to this game. What tyou say makes a lot of sense, but I fear you
need a community. There is no cooperation in London because no-one cares
enough.

The PM show yesterday featured a little piece of obvious fact that I have
never heard uttered before.

A maths degree is probably worth

This is one of the consequences of making universities an extension of the
school system â there are now simply too many of them, desperately scrabbling
for students who, thanks to the dumbing down of the system from primary school
onwards, can no longer be graded according to ability. Hereâs a radical
thought â re-introduce the means-tested grant system, whereby the brightest
and best can study for nothing, if they qualify, or can contribute a
proportion, according to their household income. Couple that with a properly
funded vocational education programme at FE level, where the non-academically
inclined can learn a trade, relevant to the future needs and demands of the
country, and stop the nonsense of pretending that everyone is suitable for
higher education, when large numbers clearly are not â as Derek Bok said, âif
you think education is expensive, try ignoranceâ.

I was gobsmacked to hear someone actually given airtime on the telly last
night who was arguing that the âeveryone should go to universityâ mentality
simply wasnât rational, especially that they are being encouraged to get
into debt to achieve it.

Canât remember which channel it was though.

Wasnât QT, I didnât watch it. Might have been a talking head on
Newsnight.

It really was a welcome noise â the kind of comment the Opposition
should have been making when Blair talked up the idea of 50% of school
leavers going to University.

It is a giveaway sign of at least two things the Opposition could
have hammered Labour on â poor job prospects for school leavers (due to
immigration, education and the benefits system) and the education of
young people taking twice as long to as it used to.

Go to any working class home 20 years ago, and fierce competition raged
over who had the cleanest stone stepâ¦.

Julia,
Yes, I did have that image of the whitened door step firmly in
mind. It is a competition still enthusiastically engaged in round hereâ¦â¦