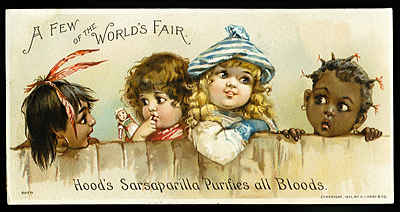 So, imagine Chi Onwurah, Diane Abbott, and Shabana Mahmood are standing for election as leader of the Labour partyâ¦â¦ David Milliband doesnât have enough nominations to stand.

How long would a web site âOperation White Voteâ be allowed to openly campaign for ââwhite solidarityâ and appeal for all white MPs to nominate David Milliband to âmake the point that race and gender matterâ?

I am outraged that this web site is not being roundly condemned.

So where is the Twitter outrage? The hysterical Guardian articles? Not a word!

So much for Martin Luther Kingâs speech about judging people by the âcontent of their characterâ â this post is a direct appeal to vote on the basis of colour â not even gender; Margaret Beckett stood against Blair and Prescott in 1994, and so ruined Dianneâs claim to be the first woman nominated.

I understand some of the comments and the anger this subject has brought to
a lot of people, especially to those against the labout party. However, in my
opinion,I believe that what they are trying to do is pretty much
comprehensible if we look at the history backgrounds and it is allright to
allow the freedom of expression to be there, equally for all of us.

I do not care what colour of fuckwitt is trying to run the Labour party
just as long as they are not given any power or any real hope of re-election.
Therefore Diane is a perfect candidate for the destruction of the Labour
parties core vote.

Yes I am sure the guardian readers will be over joyed with their keeping up
with the Americans and promoting their socialist ideals but the people who
donote the money to the unions and fund the labour party are not quite so
evolved.

They pay into the socialist money extracting machine based on routine but
give Labour a black female leader and the shit will really hit the fan come
fund raising time.

Just for clarification Labour candidates of all colours and religions can
go fuck themselves equally. They are all hypocritcal shit on my shoe but none
is less of a cunt than the other. Equality Utopia.

I am shocked by the bigotry and racism. I canât begin to imagine why.

Perhaps itâs because you have been trained not to âimagineâ anything?

It worked so well in the USA, I cannot understand why you would be
irritated.

Politicians have been trying for a decade to reduce western consumption to
African levels, using CO2 scares and carbon credits transfers to enrich Africa
and throw the west into poverty. It failed, so why not put black socialists in
charge and let the process occur naturally.

Those who sow the wind can expect to reap the whirlwind â or so said the
leader of Bomber Command in WW2. Hmm. No word from those troughers at the Race
Relations Board, canât think why notâ¦â¦â¦â¦

They will ultimately get what they deserve. Contempt.
Its already
happening in jobs with âpositive discriminationâ.

Unfortunately we are talking about the leadership of an irrelevance, namely
the Labour Party. Hopefully whoever they choose will lead the party further
into oblivion. Otherwise Olly, I would be happy to register âOperation White
Voteâ if only to get a rise out of those cretinous bastards at the
Grauniad.

Am kicking myself a little bit here. I came across that site a while back
in my pursuit of Chukka Umunna the now MP for Streatham. I let that site slide
for a bit as I had a whole lot of other things on my mind and then it totally
slipped my mind until the other day when Mr Penguin did a post about those
dodgy job adverts in Bristol so I posted the link there.

No one has the balls or the motivation to start up Operation White Vote.
Moreâs the pity. I wish I was wrong but I donât think I am.

âNo one has the balls or the motivation to start up Operation White Vote.
More

You forget, itâs only racist when âwhiteys â (hat-tip to Michelle Obama) do
it.

PS I hope you are going to update your latest post with an apology for the
slave trade, you bigot/fascist/Nazi/racist/sexist!

I followed your link to that blog. Shows what a poor memory I have. I was
the first to comment there!