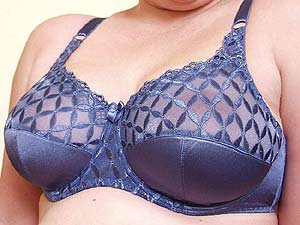 We have become immune to the numerous warnings of the dire results of continuing to smoke.

Terminal Brewers’ Droop, early death, amputated feet and legs, tar encrusted lungs, rotten teeth, foul breath, shrivelled testicles, premature ageing, bronchitis, heart attacks – need I go on? Why do we persevere? (Because we have a small fortune invested in dying of smoking like everybody says we will and don’t want to be cheated out of our investment. Ed)

Blue tits was a new one on me.

The environmentally friendly high tech firm of YSI Hydrodata has sealed up the metal ashtray from outside its front door and asked staff to desist from using it because a family of blue tits has nested in the box and objected to the fag ends being dropped on their head.

Mama and Papa Blue Tit removed all the cigarette ends from the box – no doubt with a cheep of ‘how disgusting’ – and set up home in the ashtray…..

Over to you Gloria, do your worst!

Isn’t ornithology a wonderful hobby? We are lucky enough to live in the
countryside and I gather Mr Smudd saw some Great Tits only this morning.

Boy, that’s a blast from the past, Anna…. Thanks for the mammary!

Believe me, Anna, if I hadn’t been out all last night I’d have milked this
for all it’s worth.

I knew you be fully supportive of my efforts to publicise tits – cross my
heart.

It’s a conspiracy! Even the birds are in on it!

Not really, quite sweet, innit?

I thought the illustration was of the Forth road bridge until I put my
glasses on. Those tits are sweet, though.

Phew! for a minute there I thought you meant entombed as in the Indiana
Jones type thingy. Now that would be pretty heartless even for ASH.

Ahhhhhh! How lovely. They look so nice you just want to hold them.

Thanks for keeping us abreast of this, Anna!