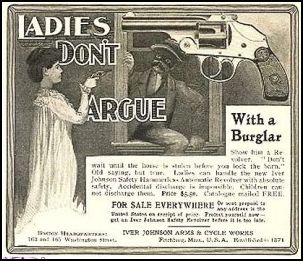 The Police and the courts have never appreciated ‘the man on the street’ muscling in on their proprietary right to mete out ‘Justice’.

Even those who have been defending their own home, pace Tony Martin, convicted and jailed for shooting young Fred Burras when he caught him breaking into his isolated home, and more recently Munir Hussain was jailed for beating a man who had broken into his home – although he was released after a public outcry – have been treated to a homily regarding the dangers of vigilantism and vengeance.

The central issue on any proposed change to the law is likely to focus on the use of proportionate force, and continue to condemn any action which would result in permanent damage to a member of the honourable company of burglars and thieves.

So it came as some surprise to read of a young man who is in a serious condition in hospital, of whom the police have cold heartedly said ‘He will have to live with the consequences of his criminal action for the rest of his life.’ Particularly since the link to the news item suggested that it was a Copper who had taken action that resulted in him languishing in intensive care. I thought they didn’t approve of that kind of thing?

However, on closer perusal of the article, it seems that the teenager was engaged in stealing copper cabling which he had failed to check was still carrying live electricity.

11,000 volts worth. He has suffered extensive burns.

The Police were clear cut in their statement.

“We have had a number of these types of burglaries recently and we want emphasise that the intruders are putting themselves in highly dangerous situations where death could result from dishonesty.”

Why couldn’t they put out a statement like that after Munir Hussain battered the man who broke into his home, or Tony Martin shot his intruder?

………. on the other hand, it could be an ideal way to murder someone….. ie to
lure them into your home with an open window, and then butcher them to death……
im just thinking as a crime writer, – I am, after all, one such, and a member
of the Crime Writers Association….. !! lol !!!

Even the former deputy slug was on the Home Service this morning, nausing
on about affordable ohms.

(That was supposed to be I-squared earlier but my grasp of HTML is not very
good.)

Ohm I god, I hope he put up no resistance when arrested? Maybe they can
just keep him static in a cell until he is transformed? What was he actually
charged with?

Will he ever be able to listen to AC/DC again?

No doubt the electricity company will be sued because they did not take
sufficient action to protect people from being electrocuted when their
equipment was being stolen.

As someone who visits quite a lot of homes I find the following weapons
ready to repel invaders. Usually behind the front door or in bedrooms.
Baseball bats, cricket bats, golf clubs and police truncheons. My weapon of
choice is a mashie niblick. The aim being to bust at least a leg or arm.
(Handicap 5). This is all fantasy as the home pet an english bull terrier gets
very territorial and would be first on the scene………………….

Well, another load of old bollocks from our lawmakers. Reasonable force,
now there’s a stupid concept. When your life is threatened in the safety of
your own home there is only one force that will protect you…. Knocking the
intruder unconscious. You are only safe when the perpetrator is on the ground
sparko. Nothing else will do, not a slap with a wet kipper, or a kick in the
shins, but knocking them out cold. The only way to do it is to bludgeon them
over the head with a hard, heavy object. Then you can safely call the police.
The small flaw in this ‘reasonable force’ is that sometimes blows to the head
kill. Especially when you’re terrified and full of adrenalin. Too soft they
continue to attack you, too hard and you may kill them. Then you’re up for
murder on the grounds of ‘unreasonable force’ by some smart-arsed lawyer. It’s
a total load of crap. The law must be changed so that if you force your way
into someone’s home, their private, safe, personal place, you leave all your
rights on the pavement behind you. The home-owner should never be charged. End
of. Nothing else will do. There is only one reasonable force.

Quite right. Many of us have reached an age at which any attempt at
“reasonable restraint” of a young, fit, strong criminal is just not an
option. Only a fast, unexpected and completely disabling first strike will
succeed – any attempt to overcome such an intruder in a protracted struggle
can have only one outcome. The only alternative to the disabling, possibly
lethal, first strike, is to succumb to the intruder’s intentions.

Well … exciting comments from every pole here, what ?  [I
couldn

It wuz an act of God watt dun him.

Anna,
I’d really like to know what the text in the ‘Ladies don’t argue’
picture says. Any chance of a link or a better scan?

Lenko – “I think the Courts will go along with this, as long as you
stab/shoot/bludgeon the burglar REASONABLY.”

Better off trusting a JURY, not the Court or the Police.

Nowadays a non-crim/victim should never admit anything to the Police
(especially do not admit being prepared to defend yourself), nor plead guilty
to a Court (presumably from advice given by a leftie ‘defence’ lawyer) for
actions taken resisting attackers – put it to a JURY and get a better lawyer
than the one that advises to plead guilty when you were the victim of the
attack.

A BB gun is not a firearm (nor is an airgun) providing the muzzle energy
is less than 12 foot pounds, and I am not aware of any BB guns to be that
powerful. No fire is involved with either type of weapon but ‘the law’ says
they are firearms. The law is an ass. He was sentenced in a court of law,
not a court of justice. I expect the thugs will find this hugely funny. Once
again in surreal Britain the victim goes to gaol and the aggressors do not.
Marvelous, just bloody wonderful. What message does that put out to the
public at large?

The message that a rebellion is long overdue, perhaps?

Better to be judged by 12 than carried by 6.

Will he be up before the Circuit Judge in the morning

Oh Jesus, I rushed on here to lay down my best electricity puns and to
quote Goldfinger only to find, as so often, I am chronically slow.

Best line in any movie :

In the version dubbed for Birmingham cinemas, 007 replies ” Butt Oi ‘ad
yow down for termorra, Oim seeing Emm to die.”

Was the criminal genius also charged with stealing electricity?

No, just smoking in a public area

As a mother, whose OH works away from Mon-Friday, I sleep with a
weapon(baseball bat) next to my bed for protection. And would not think twice
about using it on someone who entered my home.

Anna, I would comment on this shocking article, but I got such a charge out
of the headline, I was revolted.

It was quite an electrifying piece was it not? Don’t want to say any more
and inflame the situation.

Those who are neutral might say “Live & let live”

At least the perp wasn’t charged with assault and battery.

Ivan,
The police do seem to have jumped a couple of leads and
arrested his accomplice.

Will any convictions run concurrently?, ample time to have a
volte-face re his life as a negative citizen & turn it into a
positive one…

Connecting your points might well result in a charge……

Nope, it’s not working. I hope the police make an ex-amp-le of
him.

I see you were first off the grid with these charged comments
though, Mr Thaddeus. Once I saw watt was going on, I knew any
pretence at resistance was useless.

It is a fine series of puns, is it not?

Some of them are so quick it’s like trying to read greased
lightning.

A positive result then?

The boy is a candidate for the Darwin Award, though he won’t win as he is
still alive.

Having done a comprehensive survey (four other pensioners in the pub), I
can report that apparently most people over the age of 50 sleep with a lethal
weapon within easy reach. They were all Boy Scouts, whose motto was “Be
Prepared.” Certainly, given a violent intruder, most of us would act first and
argue about it later.

I think the Courts will go along with this, as long as you
stab/shoot/bludgeon the burglar REASONABLY. The Courts run on a principle of
reasonable foreseeability. So more than seven punctures is going to get you a
fine, perhaps even thirty days in the slammer.

These people (the burglars etc) are just stupid. They are largely bound to
be caught in due course. I believe we should make STUPIDITY a crime.

Will you come and visit me?

I have slept with a lethal weapon for years