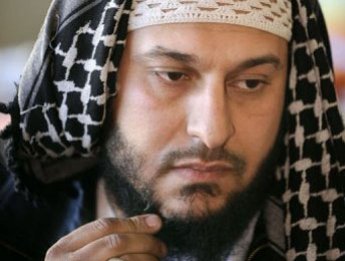 France is on the cusp of another outbreak of ‘carbeque’ and racial tension.

Two months ago, halal butcher and Muslim, Lies Habbadj, (great name!) was accused of polygamy by the French Minister for the Interior, Brice Hortefeux.

Habbadj ‘wife’ had been fined 22 Euros for driving in Nantes with her face fully veiled, thus obscuring her view, which is against French law.

Whilst the 22 euros may not seem a lot, it has become a cause célèbre amongst the Muslim population here.

Matters have become so heated that the Nantes prosecutor was invited to investigate other aspects of Habbadj’s household.

So far he has discovered that Habbadj has fathered 15 children (soon to rise to 17) from the four women, including his one legal wife, who live here in France with him.

He has claimed a total of 175,000 euros in welfare payments – including 10,000 in respect of two of the women who were living in Dubai at the time. All this whilst running a thriving business employing 13 foreigners (without correct work permits) and one student – all paid below the minimum French wage.

He has now been charged with ‘welfare fraud’ and ‘violating labour laws’. The prosecutor insisted on taking possession of his passport and a 10,000 euro bail being deposited in cash before allowing him to leave the court.

The Interior Minister has threatened to strip him of his French passport.

It’s what we in England used to call ‘throwing the book at him’.

Sadly and inevitably, numerous buildings will be set on fire, and thousands of pounds worth of motor cars will go up in flames; emergency services will be asked to risk their lives to keep uninvolved people safe, and all leave will be cancelled for the police.

All because his religion demands that his wife be allowed to drive round virtually blindfold.

Nantes? Oh My God. It’s closer than I thought. We’ll be having riots in
Morbihan next.

I once tried wearing a burka just for laughs. It was when I had to go to
the Gents that it went wrong.

I’m shocked, Rick, shocked. There has been rumpy-pumpy with mulitiple
partners going on. Mon Dieu, this is France, we are known for our life-long
exclusively monogamous sexual relationships.

He can ‘do his business’ with whomsoever he chooses, though it is
probably best that he doesn’t ‘do it’ at taxpayers expense. One must also
bear in mind the ‘benefits’ his children are going to bring future
generations, after they are schooled in the art of Islamic fraud too.

Trouble is, in England, he would be claiming for all his wives and children
and the taxpayer would be paying for it. He probably wouldn’t go to prison and
he certainly would not lose his passport and his wife would be allowed to
drive, putting other people at risk without being prosecuted.

WOW, it is incredible how much tension there is all over the world, even in
the business areas. When it comes racial issues, war, violence, it makes me
wonder when is this going to stop? What are we trying to get?
It’s really
disappointing.

i wonder what the real reason is that western govts. have allowed mass
immigration of a people that we have not gotten along with for 1300 years?

He’s obviously quite intelligent to be able to work the system so
favourably! I’m not sure (as a trainee Libertarian), what’s objectionable
about this story.
Assuming she was wearing a burka, there’s surely plenty
of “eye aperture” to be able to see forward and in the mirrors. She’s in her
own space, not on the street, i.e., in public, so what’s the issue?
You say
the prosecutor “was invited to investigate other aspects” – by whom and with
what legality?

Ed P,
It looks like a classic case of ‘throwing the book at him’
because he complained about the original fine. somewhat suspect fine as you
rightly point out. That will be long forgotten now, all that will be
remembered is that he committed welfare fraud – cue knee jerk reaction – and
sleeps with more than one woman under the same roof – cue knee jerk
reaction.
And the big cities face a summer of chaos.
I have to say,
having worn a burka for a short period in London last year, I couldn’t even
walk down the street in it without bumping into other people – never mind
drive a car! Maybe practice makes perfect eh?

If you can’t see anything wrong with this situation, why don’t you just
give him your PIN number?