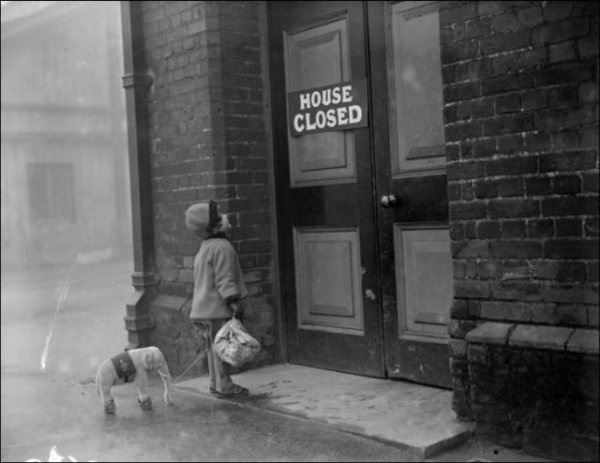 Sir John Thingie MP, interviewed in one of the House of Commonsâ many bars.

Look â look â itâs quite simple.  We didnât get to see the bloody books until we were in.  Itâs not like buying your local newsagent, you know.  You donât get to see the profit and loss before you take over.  So it was only when we opened up the books, and George suddenly shouted âF*ck*ing H*llâ that we realised it wasnât just bad, it was bloody hideous.

And when we saw the size of the debt, we hit the roof and so did the interest. Seventy billion a year by 2015. Christ, you could buy Spain for that much. And get change.

It was all down to Gordonâs little adventures, organising away-days for bankers and increasing their meagre wages.  Not to mention all the money leaking away in MPs expenses.  Actually, old chap,  Iâd rather you didnât mention that.  Bit embarrassing, if youâ¦ erâ¦ catch my drift.

And of course, there was Gordonâs little bet he placed with Ladbrokes, with that 395 tonnes of our gold. Worth nearly sixteen billion dollars at todayâs price.

No doubt about it, old chap.  We are up the bloody Swannee without a paddle. Now itâs up to us to put our best shoulders forward, feet to the wall, grit our teeth â those of us who have teeth â our noses to the grindstone, andâ¦ and â¦ what was I saying?

Oh yes, another brandy.  And have one yourself.

Oh yes, we are deep in the brown stuff.  Not to grumble, weâll muddle through, even millionaires like myself.  Most of the little people wonât mind working on till theyâre eighty-fiveâ¦ probably enjoy it.  Or having their pensions reduced to thirty groats a week.  Weâve all got to forego some of the little things weâve grown used to.  Foreign holidaysâ¦ Scandinavian au pairsâ¦ food.

But we are all going to share in the pain, every one of us.  Even myself. Indeed, I have just thrown my own little grandson â twelve last month â onto the streets, as a cost cutting measure.  Somebody has to lead by example. Belts have to be tightened, as painful as it might be, and after much consideration, it came down to a choice between him or the Bentley.  And thatâs been in the family for much longer than he has.

I understand he has been taken in by a local firm.  From now on, Nigel â I think that was his name â will be helping in the fight against pollution, by clearing excess carbon deposits from the nationâs chimneys.

It is a shame â I shall miss the little fellow.  But we all have to do our bit, and thatâs my contribution.  And anyway, who would look after him, now that his mother â my daughter â has been sold into slavery?

Itâs a bit of a bugger, this government business â it was much easier
shouting abuse from the sidelines.

I donât object so much to the rhetoric surrounding belt-tightening but I do
worry about the overweening tokenism of this new government with the
appointment of a minister for the Holocaust and the idiocy of the culture
minister promising high-speed internet access for all.

I can manage my relationship with the past and with my ISP without any
interference from ministers and I bet you can too.

One wonders why those who moan about not getting to see the books until
theyâre in power donât change the rules so that the opposition get full access
to the books in order to prevent this kind of situation arising again. Of
course, that kind of thinking is, sadly, rather naive.

Yes, those dishing out the pain will feel nothing. !!

The above is amusing in its satirical portrait of a yet another out of
touch politician. However, what do we think our ministers would really do in
the coming austere times.

How many have you got? Iâve got loads.

Now ask these people to debate on the severe austerity and climate change
policies such as whether you should:
â give up your car,
â give up your
pets
â sacrifice most of your house to the tax man on your death
â
sacrifice large parts of your salary to the expected doubling in energy and
fuel costs
â Pay more for rubbish collection (Yes, I know the tories said
they wouldnât but they put in a weasel clause saying councils can charge what
and how they like and can carry on putting chips in bins to weigh our
rubbish)


What will these representative, honest, keepers-of-pledges,
non-expenses-troughing, in-touch people do? They all have many cars, many
houses, many pets, many bank accounts in many countries, many trust funds,
many servants, many girl/boyfriends.

What will they do? They will, possibly, sacrifice a teensy tiny part of
their personal prosperity and life style, but only after employing the best
McKinsey and Anderson consultants to find loopholes. While we plebs (middle
and working classes) will suffer hugely.

Iâve never been a lefty supporter and hopefully never will but this
arrogant out-of-touch bunch are a boost for any communist recruiters in this
land.

Belt tightening: no danger of that near my midriff.

Nor mine, Gloria, nor mine. Though, who knows? After we all give up food
for a whileâ¦

Iâve just told the dog to bugger off. Iâve only had him for ten years.
While the purchase of the Renault Express fades into the mists of time. And
looks as though it does.

Not a clever move Eleanor, Iâm told when times are hard they are quite
palatable curried â the dog that is.

âHim or the Bentleyâ
Harsh, but fair. I would have made the same choice
with my Citroen BX.