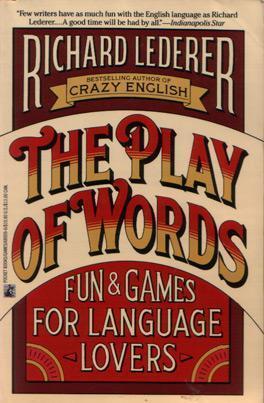 I have been accused of many things over breakfast – of burning the toast, of putting something known to be hated into the packed lunches, of deliberately hiding any clean underpants etc. – but this morning I was accused of something about which I was secretly rather pleased.

The surly teenager, from whose curling lips these startling words fell, could not bear to hear me grumbling that the word ‘fewer’ should be used rather than the word ‘less’ when discussing the number of ‘troops on the ground’

Unfortunately I had already taken the ‘teen’ to school by the time the Today programme featured an interview with Dr Bernard Lamb, Emeritus reader in genetics at Imperial and former president of the Queen’s English Society. Dr Lamb concludes from his study of the final-year work of students at Imperial College, London that British students have far poorer written-English skills than students from China, Singapore and Indonesia.

Of his 28 students, the 18 UK-educated students had an average of 52.2 errors in two pieces of assessed course work and the final degree exam, whereas the 10 students from overseas averaged only 18.8 errors.

Spelling errors included “flourescence” for “fluorescence”, “alot” for “a lot”, “seperate” for “separate”, “yeild” for “yield”, “relevent” for “relevant”, “introduications” for “introductions” and “pail vains” for “pale veins”.

According to Dr Lamb: “Overseas students were much better in avoiding word confusions and errors with apostrophes, other punctuation, grammar and spelling,” (…) “We need to raise the very poor standards of UK students by introducing more demanding syllabuses and exams, more explicit teaching and examining of English and by consistent and constructive correction of errors by teachers of all subjects,”.

He adds: “I conclude that many of our schools do a poor job of motivating their pupils to take English standards seriously and are not teaching basic topics such as grammar, spelling and punctuation effectively. Above all, they are not correcting errors. One of my final-year home students told me that I was the only lecturer ever to have corrected her English and that she was grateful for it, unlike some others. We need constructive criticism and correction from primary school onwards. We need to tell the country that good English matters.”

I can assure Dr Lamb that at 3.30 this afternoon, at least one of this country’s students will be trapped in a car while it is explained to her that good English matters. Oh joy!

Gloria, you missed my pet hate, “noone” for “no one” – even the spell check in firefox flags that as wrong.

That being said, I blame the lack of reading, and in those that do read, the lack of good editors of the books. There is also the problem that a lot of teachers don’t know the difference anyway. Don’t get me started on what I think of a certain professor that thinks spelling and grammar is irrelevant.

Sadly not pointed out by me.

I can read that, Saul. But I’m not sure what this says about me.

I read lots of well written books, but I am still trying to find out why Americans say, “It fit”. This nearly drives me mad, so I try to pretend that I haven’t noticed. Not very successfully I have to say.

Yer what? Its like you know what I mean.

Long live Gloria and other fellow grammar Nazis. Language without grammar is half way to meaningless gruntings. I cringed yesterday evening while listening to “a scientist” (and to prove it he had a white lab coat) on television talking about how a bacteria (sic) reproduces. He repeated the error at least half a dozen times.

“Fewer” and “less”; “amount” and “number” are all regulars on that guardian of our language, the BBC.

Joy of joy today, however: the Daily Telegraph, in an article about Hotmail account passwords being published online, said “it’s thought the data [u]were/u] collected by phishing”!

Oh frabjous day! Not often they (or anyone else these days) gets that one right.

Sieg spelling! Hiel syntax! Better a ‘Grammar Nazi’ than any other kind.

Now which leg goes first when you goose step?

Solidarity, Anna! Drives me mad too. My 15 year old treated me with absolute and bewildered contempt when I made him correct his “Your” to “You’re” when he meant “You are”. In fact, he didn’t have the faintest idea what the problem was.
There are days I despair but try and console myself with having read somewhere that, in Elizabethan times, it was considered bad form to spell a word the same way twice in a document. Trouble is, no citation found. I suspect I read it in “No Bed For Bacon”, the brilliant and hilarious comedy epic of Elizabethan life (they used/stole the plot for Shakespeare in Love). I seem to remember Will Shakespeare agonising over different ways of writing his signature: Shakspear, Shagsper, Shikspar etc..
Anyway, here’s to the first 1000 years of the Grammar Reich !

Update: Smuddlett schooled in correct use of ‘less’ and ‘fewer’; concept grasped.

Smash the telly up and never let them watch Neighbours, Home and Away or any similar Ozzie soap. That’s what’s done it

Definitely, the AII was no part of normal English speech until Neighbours had been settled in for a while.

Is grammar taught in schools any more? I thought not. It’s a bit like teaching people to be bricklayers without teaching them how to mix the mortar properly, and then how to apply it properly.

Also, the lack of grammatical skills means that your average idiot now moves from barley comprehensible to completely incomprehensible. Kno wo I meen?

Teach all grammar.
Teach all Latin.

barley? And not a drop aboard

Praise is due to M&S for their ‘10 items or fewer’ signs.

I cause great eye-rolling when I insist the springoffs say recoGnise rather than rekkernize; I never allow ‘different to’, insisting it’s ‘different from’; I have worn out many sets of false teeth explaining that ‘infer’ does NOT mean ‘imply’ and anyone who ever utters the word *Haitch* is promptly frogmarched off the premises.

I think the child was right.

“Compared with”, not “compared to” is the current reason for my teenage language-mangler’s ire, and in addition trying to get the difference between “anticipate” and “expect” lodged between his ears.

I’m still at the stage of yelling and hurling things when I hear “sekkertree” for “secretary”; “PryMinister” (100% accurate as it may be) ; “enviruhment”, “deteriate”, and “the Guvverment”.

And while we’re on such a topic, what about “false plurals”? “The Government are” for “the Government is”. Osborne was on that one on R4 this morning. And he went to a good school!

Gloria, you might be interested in this: http://www.dailywritingtips.com/different-from-different-to-different-than/
It seems that “different to” is in fact OK. Sorry, “acceptable”.
But I do agree with all of you that this all matters quite a lot. The kids who are not taught to use our wonderful language properly are being betrayed by the education system.

formertory, “government” is a collective noun, and as such, it is perfectly acceptable to use the plural form of a verb with it.

I was once unfortunate enough to be ‘trained up on’ (sic) a tortuous new ‘career-progession pathway’ within which I was expected to collect ‘competencies’. I left the company shortly afterwards but not before my ears had begun to bleed and I had lost the will to live.

Thanks for the tip, Adam – I believe it may be acceptable in certain circles but I will resist ‘different to’ as long as I retain the breath in my body with which to raise a quarrelsome objection.

I am very unhappy that it is also considered acceptable to use ‘infer’ in place of the word ‘imply’, as in “Are you inferring blah blah?” An inferrence is an idea gathered from an implication.

I could go on. I usually do.

These things matter, you know.

I’ve just told the teen that she should have said “OMIGOD Mum, you’re a Grammatical Nazi” and she muttered something about having to be Grammatical Hitler to make that point….