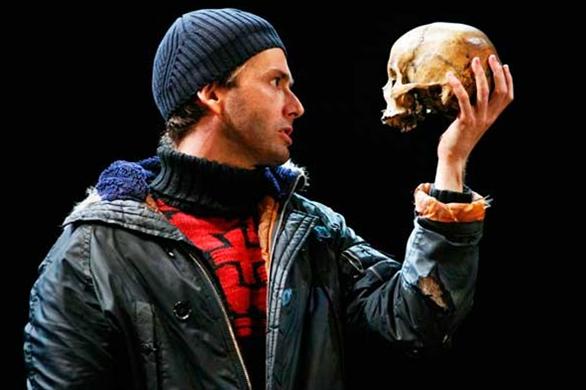 The Primrose Hill (and a few selected postcodes East and West) mob have been out in force the past few days. It is a curious view of life, politics and economics that they hold, but libel law being what it is, courtesy of Mr Justice Eady, the papers are only too happy to report their press agent’s mutterings in favour of serious investigative reporting.

We more usually hear of their advocacy for the buggery of young adult males, but a few selected specimens have been delegated to speak up for the brutal and drugged buggery of young girls now that the Swiss authorities have finally stoppedÂ Roman Polanski’s pan-European tour of adulation and ‘art’ film making. Gracious, will the Cannes film festival ever be the same without the chance of brushing up against this wizenedÂ creature who has spent the past 30 years being cheered on as he evaded an ‘American system of justice that had run amok’ – this being the American system of justice that assorted luvvies have equally cheered on in its attempts to cull the paedophiles amongst its population. Consistency isn’t a luvvie’s strong point, and now various stellar stars of the film world are claiming that it is ‘inadmissable’ for an artist of Polanski’s ’stature’ to be arrested for what he did. I realise that you are supposed to suffer for your art – but is it really necessary for a 13 year girl to suffer alongside you?

Undaunted, the luvvie’s have donned their ripped designer jeans, hand-knitted floor dragging scarves, and Armani muscle enhancing Lycra t-shirts, and stand united in their condemnation of the ‘appalling’ cuts in the living standards of asylum seekers. From last week, Asylum seekers will only receive a free furnished flat,Â satellite television in the language of their choice, free electricity, free gas, free mobile telephone, free health care, free education for their children, free language tuition, a plethora of charities devoted to their cause, and Â£35.13 a week to spend on whatever they choose. This is patently unacceptable in a civilised nation, and such luminaries as Ken Loach, Juliet Stevenson, Miriam Margoyles have protested in no uncertain terms to Phil Woolas, the Home Office Minister, that for it they will not stand. No Siree!

Phil Woolas’ bleating that it is because of ‘budgetary constraints’ – otherwise known as ‘the taxpayer can’t afford any more’, were smartly shot down in a hail of quotes from various UN conventions proving beyond doubt that Woolas is complicit in unacceptable tortureÂ of the financial kind that is the equivalent of the French riot police clearing the Calais camps in its brutality.

Fearful that they might be successful in their bid to increase the burden on the UK taxpayer, and thus be hoist on the petard of their own campaigning, ala Mr Polanski, several luvvies, notably Tracey Emin, announced at the week-end that they would be fleeing these shores to the more liberal – for your sensitive cultural artiste – tax haven of France. The thespians still ooze commpassion but they don’t want to be caught paying for the largesse they demand.

An asylum seeker with vision, could enter their flat for The Turner Prize; entitled “Extracting the Urine”. It would be a sure thing.

It is almost tempting me to slip over to Calais and then come back again claiming to be an asylum seeker. We could do with a pad somewhere convenient in London. How may of our asylum seekers are in fact second home owners?

So vicious Anna…..but so true!

You have got to love them Labour luvvies, all for spending megabucks on the greater good, unless any of it happens to be theirs!!

“From last week, Asylum seekers will only receive a free furnished flat, satellite television in the language of their choice…”

Satellite TV?! The taxpayer is forking out for satellite TV..?!

I think someone’s had your idea already Saul….

From The Tate website on Roger Hiorns, shortlisted for the 2009 Turner Prize : Hiorns creates arresting sculpture and installation combining unusual materials. His exploration of chemical processes took spectacular effect in Seizure, in which a derelict flat in South London was filled with liquid copper sulphate, which after a period of time encrusted every surface of the space with blue crystals.

Metro.co.uk describes Mr Hiorns and his work slightly differently : Previously known for transforming a condemned London flat into an eerie crystal-filled cavern, Roger Hiorns is now filling rooms with sculptures made from a mixture of cow brains, plastic and steel, as well as a big pile of pulverised airplane dust. He might not be an ideal flatmate.

Be fair, JuliaM, you can’t expect asylum seekers to learn English just to get a biased report from the BBC as to the successes of their bretheren in slaughtering fine young Englishmen.

Besides, the BBC only show selected highlights of the ever popular beheadings etc.

Asylum seekers should get B&B in a labour camp where they work for it. NO state benefits until such time as they have been approved AND worked, and paid taxes for three years. No approval until they are fluent in the english language, both spoken and written.

They want to come to the UK then let them earn the right to be here.

In this article ‘the Thespians’ is about as useful a term as the ‘blacks’ or the ‘gays’. Especially when Tracey Emin is supposed to represent the group. I have never seen her act. I also have not heard her opinions on Polanski or changes in immigration policy.

This was stretched one paragraph too far.

Still better than I could do though.

Hypocrisy abounds when it involves “art”….just look at the life of Eric Gill and reconcile it with the fact that his work adorns the walls of a Cathedral…….what’s the difference?(other than one is dead of course….
……although I don’t know, there is something vampiric about Polanski!!

” ………… but darling, if they don’t pay me for all of those long, fretful hours, when I am in the mode of being creative, of finely tuning some dialogue or musing over a staging, one that will undoubtedly enhance the whole production and thereby the justify the large expense to the customer/ reviewer/ the public, how am I supposed to live? I mean, one has to consider one’s standing in a difficult and trying world, where the artiste is not as valued as he should be …. even though one is a regular guest of Number 10s and one has to constantly be available for one’s public ….. Oh my ……”

Miriam Margoyles- Many immigrants either for cultural or religious reasons would have people of certain sexual persuasions swinging from lamp posts. The luvvies seem to be able to ignore this turkeys voting for christmas aspect of their no doubt heartfelt pleading on behalf of anyone as long as they arent from this country.

“Alas, poor Yorrick, a clear victim of the asylum system.”