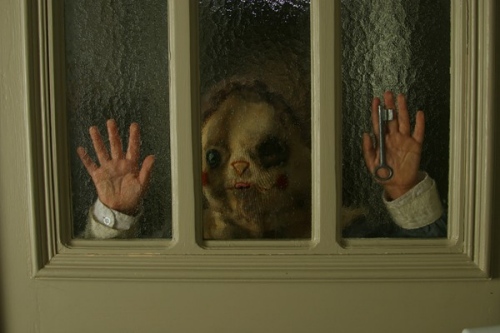 Following the guilty verdict in the Vanessa George trial earlier this week, Ed Balls told the BBC that ‘this kind of abuse’ represented ‘a deeply distressing and disturbing case’.

But ‘this kind of abuse’ is not only more widespread and endemic than he appears to understand…..it is also only one (paedophiliac) form of it.

Children from problem homes – and their mothers – have been abused in various ways for years by the secret Family Courts system designed to help with their problems. Since 2001, the system has been the responsibility of Cafcass, a quango answerable directly to…….Minister for Children Ed Balls.

Abuse No 1: their human rights. Mothers entering the system now (themselves previously victims of care-home sexual abuse as children) find themselves diagnosed with ‘syndromes’ which have little or no psychiatric validity, and are sent for ‘remedial treatment’ – with little or no form of redress or appeal. The Minister for Women is….Harriet Harman.

“The idea that people are sent to prison without any reports of the proceedings makes even more important the work that we are undertaking with the family courts, and with the important intervention of the Constitutional Affairs Committee, to open them up so that they act in the public interest while maintaining personal privacy.”

In April 2009, the Government allowed media ‘access’ to the Secret Courts – but effectively neutered it by insisting that:

“In the interests of children, for the safety and protection of parties or witnesses (or persons connected with them), for the orderly conduct of proceedings, or where justice would otherwise be prejudiced, the court will have the power to restrict the attendance of the media.” (Our emphasis)

This is merely gesture government. The campaign site MothersforJustice is linked to nby and waits impatiently for this cancer at the very heart of our legal system to be removed….without anything tangible three long years on.

Abuse No 2: sexual abuse. Both the problem mothers and their children have been put into separate ‘care’ centres, and then abused sexually following their ‘diagnosis’ with psychiatric illnesses.

M4J and the various victim support organisations in the UK are snowed under dealing with the many cases involved. One such is Barbara Richards – herself a victim of the pin-down scandal many years ago (See below) . On the basis of what many now believe to be a bogus theory, Barbara Richards was placed against her will in an institution where she had already been sexually abused as a child. The ‘theory’ concerned is Parental Alienation Syndrome (PAS). Ms Richards told us:

“PAS is a trumped-up excuse, the brainchild of a long-discredited US psychiatrist”.

“PAS as a scientific theory has been excoriated by legitimate researchers across the nation. Judged solely on its merits, Dr. Gardner should be a pathetic footnote of psychiatry, or an example of poor scientific standards…. Gardner and his bogus theory have done untold damage to sexually and physically abused children and their protective parents.”

This is because paedophiles can position themselves as ’safe alternatives’ to mothers diagnosed with PAS. US attorney Richard Ducote goes further: “Parental Alienation Syndrome is a bogus, pro-paedophiliac fraud concocted by Richard Gardner”.

Abuse No 3: physical abuse. Despite the appalling Staffordshire ‘pin-down’ scandal of seven years ago (as a result of which 11 year-old Gareth Myatt died) casual and gratuitous physical restraint continues. After the tragic Myatt case, in 2006 popular Labour MP Sally Keeble made a Parliamentary fuss about it, pointing out how Court secrecy underpins and protects the abusers.

Three years on, the Government says it will further

“….revise the law on reporting restrictions as soon as parliamentary time allows”.

The two Ministers responsible for making this happen are…..Harriet Harman and Ed Balls.

“This is a deeply distressing and disturbing case. It is vital we find out how an adult could abuse their position of trust in such an evil way, and we must do everything we can to prevent this kind of abuse happening in the future”.

There’s that ‘everything we can’ mantra again. But on the ground, the reality in this case is ‘nothing’.

Perhaps if Ed spent less time Tweeting, and smearing sites like nby as “the ultra-Right spreading groundless rumours”, he might get around to it. As for Ms Harman – well, as you can read elsewhere, she and her Insignificant Other Jack Dromey are busy building up a war-chest with which to fight for the post-Brown Labour leadership. She may be an active Minister for Women, but she’s not doing one helluvalot for Mothers.

Now, now…Harriet and Blinky have the two most important missions of their lives in front of them. Namely, the internal destruction of ZaNuLab after the election followed by a swift journey into political oblivion. This is of such importance that all other matters must be put aside until after the election.

I couldn’t agree more. The secret Family Courts system is outrageous. To use an argument often used by the Statists, if the authorities have nothing to hide, they should not be afraid to open them up. At the moment we actually don’t know what goes on in those courts, because nobody is allowed to talk about them.

It is pretty clear though that large numbers of people are going through a Kafka-esque nightmare as a result of that evil system.

I am so tired of hearing, “It must never happen again”. They certainly ain’t getting something right. And I don’t think secret courts are going to help.

I just wish I knew what would.

“I am so tired of hearing, “It must never happen again”. They certainly ain’t getting something right.”

I’m not sure what they could have done to prevent the George case, other than ensure that care workers were never alone with the children. And that would push the costs too high to be viable.

You do grave injustice to the real existence and credibility of Parental Alienation. I know becaue my daughter and I are victims of it.

‘You do grave injustice to the real existence and credibility of Parental Alienation’
It seems to me obvious that some degree of alienation in various shapes and forms will be the result of divorce. What is equally clear from US literature on the subject is that Richard A Gardner concocted an all-embracing theoretical umbrella beneath which paedophiles might take shelter.
In writing the piece, my concern was not to rubbish the concept of some degree of PAS in a marriage, but to stop the etreme Gardner version of it being used by the sexually corrupt on this side of the Pond.
JW

Harridan Harmsmen is not interested in equality. As far as she is concerned women are a stage army of the oppressed to be used in her campaign to outlaw real men in this country and replace them with NEW MAN NONCES. Real men in my opinion are decent caring hard working decisive brave and strong both physically and morally.This is the exact opposite of what the Harridan wants.Your second point about her and her husband building a war chest is spot on as usual Anna.She wants power for herself because like Bliar ,she believes that she is born to rule. If she ever becomes Prime Minister I will be applying for political asylum. Sorry it is such a long comment but it needs to be said. Regards and keep up the good work ,Mark.

Mark says: Real men in my opinion are decent caring hard working decisive brave and strong both physically and morally.
…………………
And that’s exactly the man I married. Praise where praise is due.

Me too Glo, aren’t we lucky. You’ll be glad to know the long suffering Mr G has regained his sense of humour!

We is lucky ol’ dears, we is an’ no mistake.
As for Mr G’s sense of ‘umour…. I find it’s always possible to elicit a grin from a surly and busy bloke by threatening a tiny tickle behind the …….

And what’s with the ‘Goria said’???? That’s the second time you’ve been lapse with the consonants…. sharpen up, love, and get the ‘ell in there, wontcha?

Old Gory? You must be flagging Ms Raccoon.

To both Anna and Gloria. Glad to hear you’ve both married decent men.Please could you now advise me where I can meet a proper feminine woman to whom I could demonstrate my qualities as a real man.Or am I blowing my own trumpet just a little bit too much. Regards and best wishes to you both Mark.

Our elected representatives fall over themselves to implement the suggestions of such ‘experts’ because they do not have to make hard choices and it renders neither party accountable – the politicians are merely enacting the words of saintly learned people who are always right and above reproach, and the experts are not elected by us. Their consciences are clear at all times.

Presumably ‘they’ are already preparing their response to Vanessa George by yet more waves of regulation and intrusiveness in the same way that they used Ian Huntley to bring in the Inependent Safeguarding Authority ( which like the CRB would have done absolutely nothing to detect VG or her disgusting co-perverts ).

Yes, some people were shocked with the fact that she was left one-to-one with the babies. How irresponsible can you get in childcare, I ask?

Yup. Look out for a mobile phone ban for nursery workers…

To Old Gory.Thanks for the offer.If you know any other suitable ladies do not hesitate to send them my way.As for women growing up with a group of brothers I couldn’t agree more. I also see that Harridan Harmsmen is now in trouble for failing to stop at the scene of an accident and talking on her mobile phone while driving.Hopefully the police will grow a spine and prosecute her but some how I don’t see that happening. She will probably play the gender card and blame a man even though it was another woman’s car that she hit. So much for sisterhood!
Kind regards Mark.