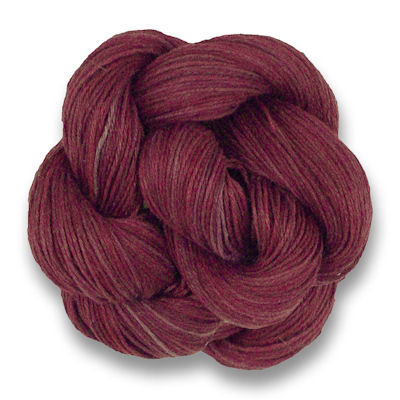 Sometimes, having the face and the tenacious nature of a pit-bull terrier isn’t always an entirely miserable thing. Sometimes, doggedly following a trail which has grown so faint that it has almost disappeared isn’t entirely unrewarding. Sometimes, there’s another chapter to the story, an extra scene to the play…

And so it is in the case of the now infamous Wrekin Wruby; so come hither, settle down and gasp as the intriguing tale unfolds …. (and titter ye not!)

Act I, Scene I

March 2009: The Shropshire-based firm Wrekin Construction has gone into administration owing more than £3.5m in outstanding VAT and tax bills, despite a colossal ruby purportedly valued at £11m featuring in the company’s listed assets. A few miserable music-facers sit at their desks ready for questioning. Enter administrators Ernst & Young.

Ernst: Let’s ‘ave a look at yer books then.

Ernst: Do my eyes deceive me or ‘ave you listed a ruby worth £11m quid in your assets?

Young: Where did it come from?

Wrekin Construction: It came from shareholder Tamar Group and we swapped it for “a fair value” of £11m paid in interest-bearing preference shares.

Ernst: Hmmm. That’s interesting. Can we see the ruby?

Young: Hmmm. Even more interesting. So who says it’s worth £11m quid?

Wrekin Construction: “The fair value of the ruby gemstone was determined by a professional valuer at the Instituto Gemmologico Italiano (sic) based in Valenza, Italy, on 31 August 2007.”

Ernst: But that would make it the most expensive ruby in the history of gemstone sales; Christie’s are reported to have said the highest recorded price paid for a ruby was $3.6m (£2.6m) in 2006. Are you sure what you are telling us is correct?

Young: Hullo? Is that the Instituto Gemmologico Italiano (sic) based in Valenza, Italy?

Loridana Prosperi: (a gemologist at the head office of the Istituto Gemmologico Italiano in Milan): Yes.

Loridana Prosperi: “That is impossible, because we were on holiday on August 31 2007.”

Young: OK, thank you very much.

Young: People in charge of Wrekin’s accounts, can you tell us a bit more about The Gem of Tanzania and how it came to be in your possession?

Wrekin Construction: Um, err, umm, … One of the ruby’s previous owners seems to have been Trevor Michael Hart-Jones who bought the rock in 2002 for about £13,000 from Ideal Standards, a mining company in which he had a stake. Shortly afterwards a gemologist from the Southern Eastern African Mineral Centre valued the stone at $21.3m. Hart-Jones then brought the stone to London where a diamond setter and gem enthusiast by the name of David Davis provided an additional valuation of between $20m and $23m, apparently supported by a reference from Brian Dunn, senior valuer at the Crown Jewellers, Asprey & Garrard, in which Mr Dunn vouches for Mr Davis’s ‘high degree of competence’ in the subject.

Ernst: But we’ve checked with Mr Dunn and he says, “Davis is not a valuer but he has used my reference to support several huge valuations as if I support them, which I certainly don’t. I haven’t seen this ruby so I cannot value it but I would be very keen to.”

Young: You still haven’t explained how so-called The Gem Of Tanzania ended up with you; pray continue…

Wrekin Construction: Honest, guv, this is all we know … Mr Hart-Jones lent the bauble to a ‘friend’ who then handed it together with five diamonds over to a ‘wealthy businessman’ who was interested in buying the ruby. Hart-Jones is quoted as saying “My friend took the stone and handed it over to him and that was the last I ever saw of it. My friend was conned. He lost his diamonds as well. He went to the police about the diamonds and they took it further and I believe the man is serving a jail sentence for stealing the five diamonds.”

Ernst: A likely story! Go on and make it a bit more plausible, will you? We’re not idiots you know!

Young: Would now be the right time to bring up The Goat Serum story?

Ernst: Huh? Really? Do you want to look it up?

Young: I already have – it was featured in a bit by the Daily Mail who had already put Mr Hart-Jones’ credibility under the Mail’s magnifying glass.

Ernst: Then let’s not bother here – anyone who wants to know more can always look it up on the internet.

Young: Yeh. Now back to you, you Wrekin Construction people! Explain yourselves! How did this so-called ruby end up on the books

Wrekin Construction: All we can tell you is that in 2006 the ruby was legitimately in the possession of a Cheshire property developer called Tony Howarth who seems to have sold the stone to David Unwin as part of a land deal in which the gem was valued at £300,000.

Young: And the next documented transaction is it being handed over from The Tamar Group in exchange for £11m-worth of preference shares in Wrekin Construction – is that right?

Wrekin Construction: It would appear so.

Ernst: Yes. Of course. It’s my job. Don’t’ be so patronising.

Young: Aha! It appears that a typed valuation certificate for “The Gem of Tanzania” may be a forgery! We have shown David Davis the word-processed certificate and a photograph of the ruby; do you Wrekin Construction people know what he said? No, we thought not. Well, he said “I have no computer skills. I do not type and I could not put pictures in. That is not my signature, but it is a good copy.” All Mr Davis could confirm was that he had supplied a handwritten valuation, stating a replacement value purely for insurance purposes.

Ernst: Anyway, isn’t it about time we established that this fantastic jewel actually exists? Pull yer finger out, Wrekin-people, and find the key to the strongbox if you will be so good.

Young: Got that ruddy ruby?

Young: Let’s get it valued properly then.

Young: Oooer, Ernst, it looks like this Gem of Tanzania isn’t worth the desk-space it takes up as a paperweight. None of the reputable auction houses will touch it with a bargepole and it might be worth as little as £100.

Ernst: Really? I am surprised. Never mind, let’s see if we can flog it off as some powerful crystal – it may have some delusional powers, after all. See if you can shift it anyway and the proceeds from the sale will help to soothe the creditors’ woes.

Young: Google … Mystic Gems …. Ah, here we go; Rock’n’Gem Magazine – that might be a go-er – there’s loads of ads in the back for non-gem quality rocks that enthusiasts might be able to make into cabochon pendants…or something similar.

Ernst: Just the job! Book an advert my good fellow and I’ll get an auction arranged with the utmost alacrity. We’ll soon see the back of this thing. Make sure you put an advert in Colored Stone Magazine to lend a bit of credibility to the sale.

Anna a rollicking good read I was laughing till tears came. However I am stll amazed how a company carried this as an asset on its books with no questiong from accountants or auditors.

Shouldn’t that be Wreckin’ Construction?

I think they might have got it the wrong way round. It’s the Shares that are worth

Spot-on, Sabot, spot-on – it was the shares that were worth

How much is a piece of paper worth?

Eleven million of nothing is nothing, as my old Granny also said, when our air raid shelter got hit with all those tins of Spam in it. Thank God.

On a slightly more serious note. This is obviously a Spam…..I mean Scam.

Am I right or am I right.

You may suggest it is a Spam – sorry Scam…. I couldn’t possibly comment!

As it turns out, the ruby isn’t even a ruby! Commenting on plans to advertise the pebble for sale in Rock’n’Gem magazine, Hatton Garden gem dealer Marcus McCallum said: “The Gem of Tanzania may not be worth the cost of the advert. A two-kg lump of anyolite is probably worth

The article is a good Spoof, Gloria. And a laugh when we all seriously need one.

I’d give them a hundred quid for it. But then I collect Paper Weights.

But I would like to know how they got away with it. I am of course, presuming that they raised loans on this bauble.

Are The Banks Mad? Need I ask.

Erm……..Those figures don’t add up, Gloria. I think. I could always be wrong I suppose.

Who owns the shares, by the way? Or is this an impertinant question?

They aren’t my figures – Contract Journal’s figures
Who owns the shares? No idea!

Who owns the shares? I don’t think there would be any surprises when revealed.

“Anyolite is a combination of Ruby within Zoisite and is also known as Ruby Zoisite.
Anyolite creates an altered state of consciousness, enabling you to reach and utilise talents and abilities of the mind.”

In other words…you can make stuff up.

I thought this piece had a certain Smuddesque quality about it. Having revisited the top of the page I see it was indeed penned by Ms Smudd.

I just love it when suits get caught out. Even better when it’s twice with the same hit.

I doubt your face is as bad as you claim, but it would have to be pretty bloody bad to detract from that mind.

I fully understand it wasn’t written by ER.

So now, Gloria, all you have to do is get those tenacious teeth into meat again and find out who got those shares. Who legally sold them (seems to have been an obvious move to me)?
Who eventually legally bought them, and who did they think they were buying them off? Any connections between those sellers and the directors you’re talking about?

Shake it like a terrier does when it’s got it’s teeth into meat.

Off you go Glo, get those teef out of the glass. You just need a likeable comedic sidekick. (just in case there are any TV programme producers reading).

Now, like all real life experience stories, this also begins once a polly tito, and Happiness Stan, whose life evolved the ephemeral colour dreamy most, and his deep joy in this being the multicolour of the moon. Oh yes. His home a victoriana charibold, the four-wheel folloped ft-ft-ft out the back. Now, as eve on his deep approach, his eye on the moon. Alltime sometime deept joy of a full moon scintyladen dangly in the heavenly bode. But now only half! So, gathering all behind him the hintermost, he ploddy-ploddy forward into the deep complicadent fundermold of the forry to sort this one out.

Not that Mr Unwin, surely.

No doubt the Wrekin Wruby will be snapped up by some hundredaire collector to take pride of place between the horse bras, the jam jar full of Elgin marbles and the Minge vase on the mantelpiece, and a little of the ten quid thus garnered may find its way, via the trickle down effect, to the people who originally stumped up the cash for this fiasco in the first place. Meanwhile the actual beneficiaries of the scam will have disappeared quicker than a greased ferret lugeing down the north face of the Eiger. Yippee for shareholder democracy!

As for the likeable comedic sidekick, I’d just like to warn any TV producers who may be reading that it would be necessary to film in very wide format.

And I’ve got a jar of Elgin Marbles on my mantlepiece. So there.

You will have to get your very best dusty archeologist attire out, crumpled Panama hat and obligatory wisecracking sidekick, and sniff out the truth.

I rather had Margaret Rutherford in mind .. part Miss Marple, part Madame Arquati … I’ll take Montgomery as the wisecracking sidekick, for sure.