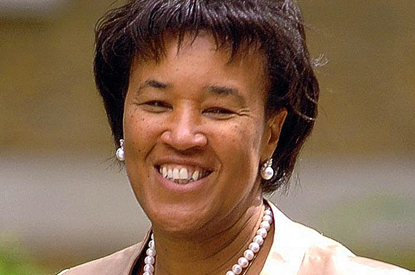 The main stream media have encircled arms and are forming a long salivating line winding its way through Tongan cleaner Loloahi Tapui’s personal life, as they put their right foot firmly in, out, and shake the smallest, and most humiliating, detail out.

My sympathies lie completely with Ms Tapui. She is a foreigner living in a foreign country. She is legally married to a solicitor, she has the legal right to live in the UK, she worked for the ultimate legal guardian of our laws; whilst ignorance of the law is no defence, she had more reason than anyone to assume that she was doing nothing wrong in applying for a job as a cleaner. The fault, under a statutory liability that she devised herself, lays entirely with Baroness Scotland who failed to scrutinise and retain copies of, the correct papers – for if there had been copies of correct papers, there would be no problem – and thus failed to give her the friendly advice she might have expected from such a quarter, that she was not entitled to work and should not continue to seek employment.

Baroness Scotland has ‘received the full support’ of 10 Downing Street. Ms Tapui’s privacy and physical integrity has been invaded in a most humiliating fashion.

The Sunday papers today contain a multitude of photographs of her smashed front door courtesy of the UK Border Agency, who proceeded to pick their way through the detritus of her personal life and papers.

‘Chief Reporters’ have been dispatched to pick through those indelible details of personal life left on the Internet by those who frequent salacious and explicit sexual chat rooms and forums.

Thus Ms Tapui’s husband now has the humiliation of the world being under the impression that his wife is an illegal immigrant – for few people would understand the layers of refinement in the immigration laws – and worse, much worse, that new tool of the ‘news’ reporter has been used  – the ability to delve into the origins of an on-line identity. It is a tool that is increasingly used whenever anybody ‘hits the news’ for whatever reason.

IP addresses are now logged at every visit to a web site, and can be traced back to a computer – not to the individual user. ‘Someone’ using Ms Tapui, and her husband Alexander Zivancevic’s computer, logged into a sexually explicit web site and advertised for a homosexual partner. The proof lies in the computer used, thus they will never be able to prove that it was not either of them, and the mud that accompanies that information – that this was just a marriage of convenience, is now available for all to sling. Professional and personal reputations will be forever impugned.

Instead of doing the ‘Tonga’ – why is the main stream press not concentrating on that stalwart of the Scottish dance repertoire, the Highland fling?

Baroness Scotland is where the legal fault lies, and the moral fault. Let’s concentrate on flinging her from her current position as far as possible, and show a little sympathy for Ms Tapui and her husband who are undeserving of this mucky publicity.

Here we go again, as the New Stasi Smear Campaign Team swing into action, under the orders of Herr Brown of Snotsville, hiding under the table as usual, to provide all the information that is necessary to ‘PROVE’ that it was not Baroness Scotland’s fault, ney, she is totally blameless and it’s those poor folks who are not members of the New Stasi Select Team (First Eleven) who are to blame and responsible for everything that goes wrong in this best of all possible worlds.

This action has all the hallmarks of one Gordon Brown all over it. I hope those people in Fife who, after all the only people who voted for this poor excuse of a human being, reconsider their actions come the election – because if they don’t I can see a civil war against these foolhardy Scottish idiots happening.

I absolutely agree with the thrust of this post, and find the internet trackback programs used by our ’security services’ pretty chilling, but I think we can go further. It strikes me that this is all a classic government smear campign, complete with behind-the-hand titbits for the gutter press of sexuality, possible infidelity and promiscuity, a deliberate blurring of the legal-illegal immigrant lines and so on – all gratefully gobbled up and spat out again by amoral tabloids.

Attack the little guy and deflect attention from the real issue, which is that “Baroness” Scotland, our attorney general, is utterly incompetent and probably broke the law. They still haven’t learned – and you think they would have after David Kelly – that 1) You simply can’t treat people like this and 2) It doesn’t work any more!

Patricia Scotland, meanwhile, has been sent on gardening leave presumably until the dust settles. But it won’t settle and she’s out of a job – or she damn well should be by tomorrow. Maybe she’s busy trying to forge copies of the papers she didn’t bother to read when she hired Ms Tapui, in breach of her own law. If they miraculously somehow turn up now, though, I’m not sure that’s going to help her now. There’s the small matter of her expenses…(mind you, the timing of their release seems pretty fishy, too. Two government smear departments accidentally working against each other? Factions in the cabinet battling it out? Who knows, but why not? We’ve seen worse from this lot).

have a look at Guido’s site too, there’s more…..

they have no limit to their profanity, their criminality and their treason.

I’t’s also about time Scotland was freed from the UK and possibly sawn off from the mainland and left to drift in the Arctic Circle – smash the Scottish Mafia!!

This Scotland bitch should be in prison.

Just as important as the ‘legal’ points made, Anna, is the fact that the ‘reporting’ hardly does justice to the ‘profession’ known as ‘journalism’!

Urgh – I wasn’t aware the press had been digging like this.

There but for the grace of [insert deity here] go I and probably almost everyone else who’s ever used a PC to do anything other than donate to the Red Cross.

“It is a tool that is increasingly used…….” 6th paragraph

I trust you refer only to IP addresses as both Cherie and myself are extremely proud of my tool.

Do you not find it interesting Plato, that every time a minister misbehaves, 10 Downing Street offer their total support, but miraculously the newspapers find themselves with some ‘dirt’ about their person which they publish within hours? Anybody would think that someone was standing by with a dossier of such stories to rubbish those whom they have just been forced to ‘back up’.

Agree with you completely Ms. Raccoon. All this prurient investigation of the private life of the cleaner & her husband is being used as a smokescreen to detract attention from the incompetance (or worse) of Baroness Scotland – she is the real villian of the piece .

I honestly don’t know what is going on here. Did Baroness Scotland beak her own Law, or did she not? The intricate details are irrelevant as far as I can see. What was the actual wording, and did she pay attention this?

It seems to me that she didn’t. But no doubt better minds than I will work that one out since I can’t actually be bothered to read The Act.

More to the point, why was she employing a Tongan, who apparently is married to a Solicitor, and probably doesn’t need the money anyway? Could it be because foreigners are more likely to do a better job? Not that I would have turned down the opportunity given half a chance.

However, I do have to add that if I was bent on employing Child Care, then I would go for The Chinese very time.

when i turn my broadband router off and then on again , i get anew ip address, its supposed to stop hackers if you do

robbo, your ISP will log the dates and times, your IP address then and your MAC address. They will resolve that the person using that IP address at that time is the bill payer.

When its even possible that it could be someone using your insecure wifi internet access, a friend/family member or even be a piece of computer software browsing the internet on someone elses behalf that you aren’t aware of.

OMG, that Baroness Scotland is an ugly b**ch!! She has really let herself go.

Labour seem to be having an awful run of bad luck with their baronesses. First Baroness Uddin, then Baroness Scotland, today it’s Baroness Morgan (the children’s minister who thinks that we’re all paedophiles unless we can prove otherwise). She has designated a holiday home in Wales as her main residence even though she lives with her husband and daughter in London. This clever wheeze has netted her more than £140,000 in expenses.

Come on Labour, show some nobility. Surely just because a baroness holds the lowest rank in the peerage doesn’t mean that only those who are lower than Nicolas Sarkozy’s nadgers should be eligible?

It’s the breeding nadgers, used to take centuries of careful husbandry to produce a new Baroness. Labour think you can make one out of an old pig’s ear in five minutes flat.

Is she actually Semenya’s father?

The question is – how much of the ‘evidence’ was planted? After all the goons were there unsupervised. Maybe that in its self invalidates anything ‘found’.

It would appear this government always goes for the soft option and considers there is one law for us that they don’t have to follow.

There are ways of browsing the web without prying eyes knowing where you are going, the simplest is to use a proxy server – the most they can get is you logging on to that server – beyond that, who knows.

The Prime Minister has apparently expressed full confidence in her, so she probably won’t last long.

IP addresses can be spoofed.

“Labour think you can make one out of an old pig’s ear in five minutes flat.”