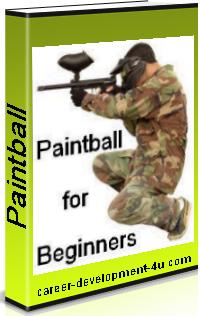 I have written a lot in the past few days on the disgraceful waste of tax payers money that is the Â£700 million paid to Princess Emma’s A4e outfit. The story starts HERE and continues HERE and HERE in case you have missed it.

Princess Emma is in the process of negotiating a fresh Â£700 million pound contract with the Government to continue feathering her nest.

Yesterday the Ministry of Defence revealed that they are to discontinue the issue of live ammunition for front line reserves in order to save Â£700 million pounds…….

Now if you have been following the saga of A4e, you will have realised that there are jobs available, jobs that the Job Centres which we already pay to perform this task, could be matching up with the Long Term unemployed.

A4e earns Â£1500 for each Long Term employed who is coerced, by threat of losing their benefits, to go on their courses to make them ‘job ready’. some, like ex-army lad Mark Pilkington, who was already motivated before being forced onto Emma’s course, find themselves unemployed and without their benefits after a mere four weeks, through no fault of their own.

Who do you think they Government should be giving that Â£700 million of our tax payers money to?

Front line reserves who need to learn essential skills to help them stay alive whilst they fight for Crown and Country? Perhaps we could send the army on paintball courses instead? Or Emma Harrison to help the long term unemployed play with sellotape and yogurt pots whilst they decline jobs?

Please use the Poll provided.Â I shall be sending the results to Patrick Mercer MP who said yesterday:

“We can’t have a pop-gun army. The next thing you know we’ll be reduced to Dad’s army style training, shouting ‘bang, bang’.”

I’ll have my money back please.

I used BlogPolls for my first ever poll last week Anna. Was so easy to set up I was sure I was doing something wrong.

Exactly my thoughts this morning, Subrosa! –

I couldn’t figure out how to transfer the same poll over to OHs site, so ended up putting a link back to here – if you know how to do it, could you e-mail me at annaraccoon@gmail.com?

I see Emma has paid a visit here…….

I note, from the vote scores, that the Princess has visited your site.

As a member of Her Majesty’s Army( and not Gordon Brown’s ), I was appalled to read that

Ampers – you could be right!

i am sick of all the people that keep knocking the unemployed-my company closed.no warning and no pay-outs!

get used to it-this country is headed for a great depression…….

i digress…….the employers have a bad attitude…….they want to pay peanuts-and they do NOT want to actually invest in people…….

i have 24 years experience in finance. i could turn my hand to almost anything. i have a high iq……………..

yet if you are unemployed employers look down at you!
i tailor each cv i send out.
i do not put my previous salary levels as it would scare them.

here is a job i could do,advertised at southend job centre:

‘This growing Insolvency Practitioners are looking an experienced Insolvency Administrator to join their team in South End.
The ideal candidate will have experience in corporate Insolvency work in order to hit the ground running when they join. Attention to detail, excellent communication, organisational and interpersonal skills are all essential.
You will be responsible for managing cases from pre-appointment stage right through to completion; working across a variety of industry sectors, both for individuals and companies.
This fantastic company offer financial assistance towards obtaining professional qualifications and therefore brilliant career progression prospects.
If you have Insolvency experience then send your CV now!

but there is no point in applying because they only want candidates that match up 100% with their requirements……….

this job has been advertised for six months-

I have applied for many jobs in my time but was often considered to be over qualified due to past experience. This could be why I spent so much time cleaning toilets.

The “After One Year” rule sounds like a good idea. That won’t help her cash flow.

I watched in amazement at this woman living in luxury at the (OUR) tax payers expense, allowing some of her orange-faced disciples who tugged their forelocks as the soon as the

Why are all the jobs building the Olympic slums going to foreign workers? Because most Brits under 20 can’t read or write properly. Not English, anyway.

It’s surprising how lucrative cleaning Lavatories can be, but I always did believe in starting at the bottom.

Lavalettes eh? I thought they were called Toilettes in France, or is this plane English for a portable potty? Sounds a bit like an American bastardisation to me.

More of a Mildredisation actually.

Disgusted by the idea of taking money away from the military to a secondary benefits system, it should be going the other way. The military is made up of motivated, dedicated and in most cases honourable people who want to do something, whereas those recieving benefits are a mixed bunch. Why do we not simply employ the unemployed in a job to which their benefits would be appropriate, even if its just digging holes and filling them back up.
Obviously those who can be medically certified as incapable of working will have to be supported, as its unfair to simply let someone die of starvation.

moorlandhunter
“some of her orange-faced disciples … to use bully boy/girl like tactics and to deride and pass derogatory opinions on unemployed people.”

Would that be when the Pauline’s Pens person described, quite accurately, a large proportion of single ‘mums’ who do indeed live off benefits for years and years and who use their children (past, present and future) to excuse them from ever working.
That A4E employee was right on the money and quite right to try to make them feel ashamed at their parasitic life-style.

Involuntary unemployment is a lousy experience, I’ve been there, done it and, who knows, perhaps I will be there again soon as the Welfare State in all its complex majesty starts to cut its staffing levels down a bit, but the first programme was right to expose what’s wrong with ‘motherhood’ and marriage to the state.

I didn’t think much of the operatives in the long-term unemployed programme – nor much of the ones who turned down temporary work – though the queue to get your benefits reinstated is a long one after a temporary contract ends.
The seemed utterly unwilling to take the risk -especially the young lad who ‘didn’t want to be on benefits’ and whose mother had even had a job – for six months or so, once…

This week, it’s the ‘disabled.’ I wonder if Channel Four will concentrate on incurable ‘depression’ and ‘panic attacks’ and ‘self-harm’ or just concentrate on those poor old Yorkshire miners who’ve been on the sick and fed up since Arthur Scargill led them to oblivion in 1985.

Don’t you sometimes feel that we’re p—ing against the wind?

bofl, with you. My experience almost identical except I’m telecoms not finance.

Was rejected on Friday after a fourth round interview (interviewed by CEO, CTO and COO in those rounds), outlayed several hundred pounds going to the interviews, for a job I can do standing on my head.

CEO all but told me I had the job after the first interview, only to be told on Friday I was overqualified and overexperienced and they were afraid I’d move on when things pick up.

After 4 months of unemployment, struggling with mortgage, food etc, and daughter off to Uni at the end of the month, I’d have sold my soul to them if they offered me the job.

Still, jobcentre tomorrow, highlight of my fortnight. Wonder how long before they send me to A4E?

You don’t understand, how are nulab going to get any ‘donations’, if they don’t launder the money through their chums first! ( See crapita , powerject, sainsburys et al).
On a more serious note, its the amount of live fire training the army does, that stops them shooting the wrong people. I’ve been a range officer when the police ‘firearms’ officers have been there – be very afraid if you see plod with a bundook !

I do not like the thought of the UK tax payers making this woman a multi millionaire, giving her untold millions of

I’ve just been reading a book about Wellington’s career.

bofl: you could try writing the Queen’s english if you are so intelligent. It might help.

Elizabeth, you are welcome to have one more chance on this forum, but I do not accept abusing other posters, for their poor English, their grammar or any other personal detail about them – if you wish to disagree with their opinions please do so in a reasonable and polite manner.

This is a warning. You are new here, and may not be used to the idea that people can disagree without being disagreeable.

backwoodsman – “you don’t understand, how are nulab going to get
any ‘donations’ . . .”