Academics never fail to amaze me with their innovative methods of acquiring grants to study yet another obscure subject. I well remember writing a post on the obscene size of the grant obtained by some American academics to spend a year studying the whale’s penis and whether it was best suited for its task…no female whales were interviewed in this study.

Now three Doctors at Boston University, Ulrike Boehmer, Deborah Bowen, and Greta Bauer, have spent a year or so staring at the fat backsides of a series of Lesbians and working out the correlations between ‘sexual orientation’ and a backside the size of a small principality. They have concluded that lesbians have more than twice the chances of blocking out the sun whilst ‘mooning’ than heterosexual women. Surprisingly, it is not the first such academic study on this very subject – five years ago, another trio of grant recipients were also measuring Lesbian backsides and came to the same conclusion.

The reason for this research is that overweight hysterical feminists of lesbian orientation are more likely to die young as a result of this excess weight, and the authors think more health facilities should be directed at them. Strangely, neither study looks at why this might be, nor the relative weight ‘history’; did those with a small principality trailing behind them feel more comfortable in the less judgemental Lesbian community – or did they acquire their excess baggage as a result of reaching for the biscuit barrel in despair at finding they now needed to sport Doc Marten’s and a haircut like a lavatory brush?

The vanity of middle aged men in a truss and head to toe Lycra on a couple of grands worth of two-wheeled transport knows no bounds. With no more gadgets to fit on their bike, an upgrade of the Lycra to ‘Savile Row’ was the only way in which the successful hedge funder could differentiate himself from that upstart of a graphic designer in identical black.

For some reason, his PR team, no doubt having found that I write about ‘Savile’ frequently, thought that I would be pleased to promote this new range of ‘subtle and understated’ knee leg warmers and crotch comforters. They appear to have overlooked – or forgiven – my long history of taking the piss out of the Lycra hordes.

“I wanted to create cycling clothing that was constructed for my new life as a non-racer”.

A new life enforced on him after being banned by British cycling.

Sponsorship is just so passé. The new kit incorporates a pocket specially designed for the new iphone….and is illustrated by moody back lit shots of the dapper David tucking his vest into his Savile Row knickers. 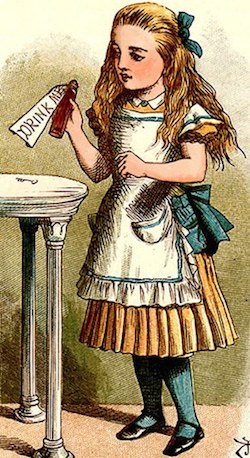 Dementia is a filthy illness. You forget to phone your friends, forget to let the cat back in, and when you do remember your friends you gabble incomprehensibly about matters no one is interested in and which took place 50 years ago.

At last, a cure has been found. A chemical compound known as resveratrol has been shown to have an encouraging restorative effect on those diagnosed with dementia. It will be some years before such a drug will be available to sufferers. In the meantime, the good news is that resveratrol is present in red wine, and chocolate.

The curative dose is 1,000 bottles of red wine per day. Warning: some people have been found to be totally comatose and incapable of gabbling comprehensibly or not with the paramedics nor to care whether the cat is in or out after a mere three bottles, with another 997 waiting to be consumed….

Dr Raccoon suggests you stick to the chocolates, or wait for the tablets.

In case you missed the magical case in Nottingham whose illustrious police force has finally jumped the ‘#Ibelievehim/her’ shark, here is a resume.

Last week, Steve Watson was arrested for the murder of Julie Pacey. The 20 year old unsolved murder was shown on a crime reconstruction programme. Several people phoned the programme after transmission to identify Steve as the murderer. The police are very keen on corroboration by volume of ‘allegators’ these days, so they rushed out and arrested Steve, finger-printed him, took his DNA, and questioned him for several hours.

Det Insp Helen Evans said it would be “remiss not to thoroughly investigate every solid piece of information” and Mr Watson will be told whether he is to be charged “in due course”.

He’d been ‘fingered’ by multiple allegators – game, set, and match with our modern police force.