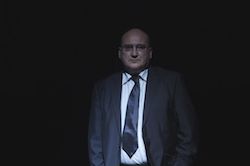 Selection on merit for parliamentary candidates – I’m a great believer in it. Forget ‘all-women’ lists, and parachuting ‘friends of the party’ into safe seats. Every candidate should be individually selected on their aptitude for the job in hand.

Which immediately presents us with the problem of describing precisely the requirements of the position of ‘Member of Parliament’.

Obviously the foremost requirement is that they should be able to represent the community that they come from – not as a talking figurehead, but as someone who truly understands the way of life as lived in their particular community.

Then they should have the time and peace and quiet to scrutinise new legislation – we shouldn’t have to rely on ‘whips’ to tell them how to vote – we need MPs who have looked at every last word of the latest piece of legislation dreamed up by the civil service and can spot the loop holes and lacunas instantly. They need space and privacy to be able to do that – not a continual diet of onerous trips to the Seychelles to pontificate on global warming; it is simply not fair on them.

Which is why Domenyk Noonan is such a perfect candidate for Blackley and Broughton, the Manchester seat currently held by Graham Stringer.

Last year, Graham Stringer MP cost the taxpayer a stonking £156,978.57 whereas Mr Noonan came in at an altogether more reasonable £37,163 including all accommodation and travel expenses. Just imagine if we could cut the entire cost of parliament by a similar percentage!

In fairness, Graham Stringer does appear to work harder than the average MP – but is he as civically minded as Mr Noonan? During the Manchester riots following the shooting of his cousin, Mark Duggan, Mr Noonan was filmed by Manchester Police for seven selfless hours pointing out the high value shops that had already been looted so that his constituents could make their way home without any little misunderstandings with the police. He has their welfare at heart.

In fact, he already runs a ‘constituency surgery’ once a week where the dispossessed and debt ridden of Manchester can come and pour out their tale of financial woe – some of them leave intact. It is a lifestyle he understands well, for Mr Noonan has run a free-lance debt-collection agency for many years…

In fact, Dom Noonan has run several ‘private enterprises’ over the years, he understands the precarious nature of the economy. He owns a fleet of ex-ambulances which he intends to use as a ‘cash carrying security business’, something he also knows a lot about – a complete misunderstanding involving 4.5 million quid still owing to a bank that he visited in the middle of the night when caught short of the price of a kebab. I like the idea of ‘cash carrying ambulances’ why should the tax payer have to foot the bill for a separate ambulance to carry battered security guards to hospital when with Dom’s foresightedness we could have dual-use vehicles?

Unlike Mr Stringer, Mr Noonan speaks Urdu, a useful attribute in Manchester. It cannot be from his Mother’s side; she was, I understand, an IRA gun runner who found it more beneficial to bring up her 14 children within the welfare state of Manchester rather than her native Dublin. She never forgot her roots though, and all 14 children have name beginning with D to celebrate their humble origins. This is not a tradition Dom has continued, his fine young son was named Bugsy – nothing whatsoever to do with Malone.

Bugsy was something of a surprise; the fragrant ‘Mandy’ with whom Dom once consorted has continued to live in her council flat above a launderette where she tends to Bugsy’s every need. Bugsy having recently returned from a lengthy stretch at HM pleasure after a burglary and car crime rampage committed when he was just 15.

Dom understands the currently fashionable ‘victimhood’. Himself a ‘victim of child abuse’ at the hands of prison guards, six of them, every night for six weeks, sadly, has spent the past few years dispensing hands-on social ‘justice’ amongst the gay community in Manchester, on the grounds that ‘any one of them’ could have been the perpetrator of the crimes against him as a child:

“I gave to them what they gave to me. I f**king ripped them apart, did to them what they did to me only much worse. There was never any complaints. Never any charges. They took their punishment, they knew they deserved it. I just went on a hunting spree. I caught up with one in the village and I smashed him all over and tortured the f**ker. I smashed his f**king teeth out, stamped all over him on the floor, f**king bit off his ears and his nose I was just attacking him.”

Chris Grayling would approve of the savings this represents to the criminal justice system.

Dom is now what used to be referred to as a ‘rough, tough, powder-puff’ and proud to be so. He will serve the gay community well – and the tax payer and newsprint purchaser will save a small fortune compared to the present practice of exposing the bondage and tangerine munching predilections of MPs who claimed to be happily married family men before election.

Dom has spent 28 of his 46 years in prison closely scrutinising the small print of legislation. He has paid far more attention to it than your average MP ever does. Although he claims not to have first hand experience of that other demand on MPs – sending young men off to their deaths in foreign parts – perish the thought, 28 previous associates of his appear to have vanished off the social security register, probably an over sight on the part of the authorities.

His supporters will not hear a word against him, nor speak one – some have fled to Spain rather than be tempted to speak ill of this fine man. One of them was so devoted to him that he super-glued himself to the front door of Strangeways prison; ‘a mistake’ he later claimed – ‘he thought it was play glue, not the real kind’ which required several hours of chemical application before the gates could be opened to admit fresh clients. I believe this event occurred during the period that Dom was resident on the roof of Strangeways, inspecting the quality of the tiling.

Lobbying is a major problem in Westminster at the moment – but prison guards are alert for all attempts at bribery; a far more efficient monitoring system than anything Cameron is likely to dream up. I don’t begrudge our MPs the odd mobile phone or ounce of Heroin, it would be far cheaper than our present system.

All we have to do is rename the Stranger’s Tea Room the Strangeways Tea Room, and this fine body of men can stop messing around with mail bags and serve the community as they are so perfectly equipped to do.

Vote Dom for Blackley and Broughton – you know it makes sense.

At least he’s doing it in the right order – jail first, then MP.

He said: “My plans for the future are suing GMP and running for MP.”

So that’ll provide a little start-up equity for DN Security Services then.

“I will be campaigning for better private security so people can get help to their homes quickly” (DNSS at your service), “and for more youth clubs.” (where you can learn the fine arts of extortion, battery and criminal defence plus guaranteed employment with DNSS ) .

Should definitely attract the ‘yoof’ vote.

I’m afraid I can’t take this man seriously as a politician until he tells us where he stands on the most important issues that affect all of society such as Gay Marriage and the HS2 rail link.

He seems a bit over-qualified if anything.

“One of (his supporters) was so devoted to him that he super-glued himself to the front door of Strangeways prison; ‘a mistake’ he later claimed – ‘he thought it was play glue….”

Obtained presumably, from a dissimilar source to the ‘play dough’ liberated from local citizens in return for ‘protection’ from hypothetical risks.

Great to see you back and on top form. Clearly not enough people have come forward to say they were abused by Saville, so now newspaper adverts are being placed see http://www.bbc.co.uk/news/uk-27103873
The article does mention you will need to provide credible evidence, but I doubt that will stop a few chancers from having a go. I wonder how many people will be coming forward to allege being abused by Dom? Only those harbouring suicidal thoughts I suspect.

Its nice that you are back Anna, and on top form. I loved this article!

Great article! Little chance of having the MP come up to a Edinburgh and have a quiet word with our council and the Councillors. I winder what he would make of the £1 billion pound trams ?

Blooming heck, Boss! What have these French hospitals been feeding you, and can I have some!?

Being forced to scoff Duck Gizzard salad and Fish Head soup is enough to give anyone the dry heaves, so is it any wonder that ‘herself’ is not quite herself at the moment…? Fish and Chips, that’s what she needs, and Tea, good old British Tea!

Yeah I should have put more flesh on the bones… I subsequently looked at Wikipedia and saw that the “Irish bloke” was one Donal McIntyre.