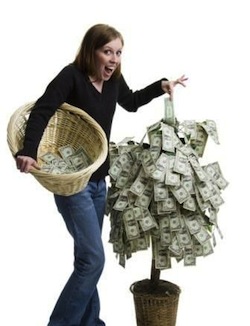 For those of us interested in actual truth, until today, we were still where we started; the only allegations which have seen the light of day – Jimmy Savile’s niece, now the subject of 11 signed statements to Police calling her a liar, the Duncroft girls with their forged letter and supporting cast of utter liars such as Bebe Roberts, evenPolice Officers reporting to Yewtree have been shown to spout nonsense – all that remains are the unpublicisedallegations and in those we ‘must believe’ for the BBC is about to give each one of the ’Allegator victims’ £33,000 a piece of licence fee payer’s monies rather than risk traumatising them by actually subjecting their claims to the harsh light of day….I spoke yesterday of the risk free environment in which those claims for ‘compo’ were being made, and the financial penalties that lay in the path of any corporate entity that might be tempted to try to defend the claims.

Let us look now at some of the unpublicised claims, shall we? I am, as ever, interested in those who were in the vanguard of the ‘me too’ multiple claims made by those who watched the dreadful Exposure programme. At the time of broadcast, these comprised a group of girls connected to Duncroft, and one lady who was a member of Jimmy’s fan club. They were the people ‘exhaustively’ investigated by the Levitt report to see whether the claims that Savile ‘could have been stopped’ in 2007, were it not for the reluctant CPS to press charges, were true. Without those claims, and the forged letter in the possession of Fiona Scott-Johnstone claiming that Savile was not charged because he was ‘too old and frail’, the present ‘Savilisation’ of our media would never have occurred. Such frail foundations.

First up we have Miss ‘A’. (I will stick to the labels given by Alison Levitt to save you scrambling your brains with alphabet soup). Alison Levitt didn’t actually ‘interrogate’ the four witnesses she physically met, she merely showed them what they had said in 2007 and invited them to comment if they wished to change anything.

Miss ‘A’, in 2007, had told the police that she was a member of Jimmy Savile’s fan club. In 1968 she had seen him on television saying that he needed a holiday and asking if anyone could put him up. She was 20 years old at the time. She wrote to him offering her Mother’s B & B as a suitable venue for his proposed holiday. Months later she received a reply from a member of his staff declining the offer. Two years later, now married and aged 22, Savile was appearing at her local town hall. Whether she had written to him again, or whether an efficient fan club secretary had remembered her previous letter is not known, but Savile’s Rolls Royce and chauffeur was despatched to her home address to see if she would like to see Savile ‘live’. Her husband encouraged her to go – although curiously doesn’t seem to have accompanied her.

Now armed with a CFA and ATE agreement and represented by the top personal injury lawyers Russell Jones and Walker, this account has become ’2 years later claimant was told SJS (Savile) was in Worthing and wanted to see her’. She has also now become ‘approximately aged 19‘ at this date….

She must have been very excited to arrive at this crowded live venue in Savile’s own Rolls Royce because ‘the next thing she remembered’ (in 2007) was not the show, nor the crowds, but Savile’s arm around her leading her to his caravan parked outside the Town Hall. The account to the High Court in pursuit of civil damages now says ‘SJS urgently put his arm around C and urgently took her to his caravan’. No mention of the very public place where the caravan was alleged (in 2007) to be parked.

In 2007 there was no mention of a locked door, but now Miss ‘A’ remembers that ‘SJS locked the door’ and said he ‘would like to lock claimant in his cupboard and take her with him’. In 2007 he had apparently said ‘you are lovely; I’d like to lock you up in a cupboard and you’d be with me all the time’. In 2007 he also said he’d like to buy the house next door to her, and then he’d be happy all the time.

However, Savile is not so loquacious with the CFA effect applied; now he ‘pounced on’ her, with her on ‘her back and him on top‘. Conjures up a grim picture, doesn’t it – back in 2007 he was ‘lying beside her‘ paying her compliments. The detail of him allegedly putting her hand on his crotch remains the same, but he is no longer fondling her breasts over her clothing as he allegedly was in 2007, now he has ‘put his hand up her skirt‘. The rather touching detail from 2007 of Savileasking her if she was on the pill, and her reply that ‘she didn’t do that sort of thing’ has turned into ‘SJS shouted at her and asked if she was on the contraceptive pill’. At least she still agrees that Savile lost interest in sexual activity with this fully adult woman once he knew that pregnancy might be a possible complication. There is no mention now of that other touching detail; Savile giving her a crucifix with a good luck charm attached – something she still carried with her in 2007 – or ensuring that she had the bus fare to get home again. I know that memories can be fallible following ‘child’ abuse – but surely things you remember saying to the police in 2007 should still be there following a TV programme in 2012?

Miss ‘A’ would now, 42 years later, like the High Court to award damages for ‘injury, including psychological injury’. Her solicitors propose to obtain a medical report to confirm that she has been thus injured – for the purpose of lodging the claim, they only have her assessment that she was…

Russell, Jones and Walker are also representing one of the more fascinating of the Duncroft claims. I can’t name her, but have reason to suspect that she is the same individual called Miss ‘G’ by Alison Levitt. It is difficult to tell, because as Levitt belatedly admitted, she was unaware when interviewing Miss ‘G’ that Miss ‘G’ had already appeared on one of the TV programmes telling a far more exotic account to camera than the one she later vouchsafed in the more sober surroundings of an interview with Alison Levitt QC….I shall call her Miss ‘G’ for the purpose of examining the claim of Russell, Jones and Walkers ‘other’ client.

Miss ‘G’ is alleging that aged 14 Savile took her to an ‘outbuilding’ in the grounds of Duncroft. An ‘outbuilding’ eh? Are you getting visions of spiders webs, discarded paint cans, rusty tools and possibly the remains of the gardener’s bottle of whisky? I suspect you are intended to – it sounds horrific. This outbuilding had a name. Not the Hanoi Hilton, nor the Black Hole of Calcutta – it was known as Norman Lodge! I shall allow a short pause at this point for previous residents of Duncroft to stop laughing and compose themselves.

Yes, the ‘outbuilding’ that he allegedly took this 14-year-old girl to, was the very same modern two storey, purpose-built hostel for working girls aged over 16 that those of us who know what we are talking about, as opposed to the credulous army of lawyers who will be reading these claims, know perfectly well that no 14-year-old from Duncroft would ever have been given unfettered access to. That accommodation the other side of the grounds where the working girls kept their clothes, make-up, cigarettes, spare change and all the other things we would dearly have loved to get our hands on. Not only that, but he allegedly removed this 14 year-old from the locked facility (who unlocked the door?)of Duncroft to the wonderland of Norman Lodge for the purposes of ‘making a phone call to her sister as sister was a fan’.

This is risible nonsense on stilts with its eyes popping out. I have great difficulty in believing that Ruth Cole, Bridie Keenan or Margaret Jones would have reacted with anything other than a derisory snort at the suggestion that any 14 year-old girl be allowed to make an unsupervised phone call from one of the many telephonesinside Duncroft on the basis of ‘my sister is a fan of this visitor’, but will allow for the unlikely occurrence that they might have weakened sufficiently to allow asupervised phone call from inside Duncroft – but unlock the door so you could go swanning over to Norman Lodge on your own with a male visitor?

A visitor who then put ‘his hand up our claimants blouse, and pushed his other hand hard into her trousers’. And when our claimant returned from swanning around Norman Lodge and told the staff what had occurred she was then ‘confined to her room for the night’ (how did the other girls in her dormitory get to bed that night if she was ‘confined’ in her room, we didn’t have single rooms?) and had all her privileges removed. Naturally she is also claiming to have suffered psychological damage as a result of this ‘trip to an outbuilding’. Not that her solicitor had actually expended any money on getting a Doctor to confirm this at the time of lodging her claim.

Miss ‘G’ claimed to Levitt that she was 17 and resident in Norman Lodge and had been asked to make Savile a cup of tea by Ms Jones. She claimed that Savile had asked her to ‘give him a blow job’ in return for a job at Stoke Mandeville as a nurse (she was allegedly training to be a nurse at the time). She refused to do so. What Alison Levitt was unaware of was the Ms ‘G’ had already burst onto our television screens making considerably more lurid allegations than ‘indecent suggestion’.

Remember I asked you yesterday to keep the sad history of Mary Bell (I am not saying that Ms ‘G’ was Mary Bell – she wasn’t) in mind as indicative of the sort of girls that MIND were asking Duncroft to educate and keep safe – and the public safe from? And ask yourself again how likely you think this tale of the wandering 14-year-old is.

She alleges she reported this heinous incident to the staff but no action was taken – I hope she is alleging that it was to one of the members of staff now deceased, otherwise Karin Ward will not be the only person getting sued for malicious falsehood. The surviving members of staff are pretty damn angry.

A few more writs for slander and malicious falsehood might just see an end to the Savilisation of our media.

*Oh, there are more, I shall be serving Ms Beef Biriani next, but I’ve had enough for the day. I’m having a hard time with some anti-allergic medication in preparation for another bloody scan on Thursday, so you’ll just have to be patient. Hard to believe, but there really are some things more important in my life than this nonsense.