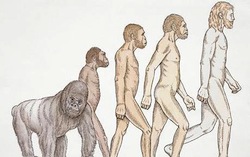 Oop there in Liverpool, the 2008 ‘cultural Capital of Europe’ according to the European Commission, a young male was out and about with his lady.

He found himself surrounded by several young knuckle dragging males of Liverpudlian heritage, who tried to take his girlfriend away with them for – who knows what fate awaited her?

Outnumbered, he ran away and left her to fend for herself. He climbed over a high wall and rested a while on the swings in the local park. A ‘concerned resident’ saw him there, and naturally called the police – won’t ‘somebody think of the cheeldren’ – we can’t have young males hanging around the children’s swings!

The police arrived and instead of Taser-ing him – they shot him dead! We are not told what happened to his girl friend, she’s probably got a case pending against the local authority for failing to install rape alert buttons on every lamp post….

A sign of things to come? Or just an unfortunate incident in the Knowsley Safari Park?

Beats me how they could tell which one was the Baboon…something to do with him not having an electronic tag round his ankle?

Clearly a paedo-monkey…. Shooting was too good for it……….

Primate was spotted on a playground after breaking free…….
Merseyside
Police received a call from a member of the public who reported spotting the
monkey on swings in a park on nearby Mill Lane at about 9.30am.
http://www.liverpoolecho.co.uk/news/liverpool-news/escaped-knowsley-safari-park-baboon-4327037

Unlike the Monkey and the Chimp, the Big Baboon, one night in June,
didn’t get to go on his Abba Dabba Honeymoon.

Here is one reason to use deadly force, rather than a dart gun, on a large
escaped primate:
Woman had most of her face torn off by crazed chimp

“Beats me how they could tell which one was the Baboon…something to do
with him not having an electronic tag round his ankle?”

‘Beats me how they could tell which one was the Baboon’ — Anna I laughed
out loud—Your trip to North Africa has returned you to form!!!!!

Or do you mean that the rest of them up there really aren’t wearing
suits?

How did they see through his camouflage?

Twas a bit rum to shoot the poor fella, I can’t imagine that happening at
Howletts or, Monkey World, they should have fed him, calmed him down and
drugged him – blowpipes can be used, having said all that, shooting a few
lower life forms wandering around inner Liverpool public parks is a worthily
constructive idea.

Edward, a male baboon is nothing to trifle with, and a stressed animal
can react badly to the anasthetic, producing hyper-agression. Safer for all
concern to do this.

At least a qualified gamekeeper took the shot – our crack marksmen in the
ARVs would still be blasting away at everything that moved or rustled in the
bushes!

I stand corrected, yes Baboons can be aggressive and have some very
fearsome incisors.

Baboons have rather large teeth and can be a bit nasty too. I noticed a lot
of indignation in the DM comments that this fleeing animal was shot and not
tranquilised……awwwwww! Probably, if returned to its somewhat unfriendly
enclosure it might get injured in more fights. Perhaps escape again, having
ignored the electric fence once before.

I did allow a smirk at the statement from the park:

“The baboon tried to protect his [mate] from being abducted by
antagonist males – a common occurrence in baboon society. …”

Ah, you fooled me. I was horrified until I clicked on the link!

If those pesky feminists had only kept to the animal world they could have
taught those Baboons how to liberate themselves. The lady baboon would have
equality with the ‘male’ ones and could have taken care of herself. After all
there should be nothing a lady baboon cannot do better than a regular hairy
chap one. . Instead the baboons with their red-bottomed displays seem to have
taught the slut-walking feminists. Now there would be a good use for
gun-toting zoo-keepers.

I hope that young women don’t take too seriously the notion, now almost
universal in film and TV, that if she is attacked by any number of large men
she will be able to swiftly knock them to the ground and walk away smirking.
If she happened to be accompanied by a male who was on her side he will
first have been disabled by said large man/men before being saved by the,
often petite, woman. She will then help him limp away, probably still
smirking.

In the real world this approach is highly unlikely to work… honestly.